How an apathetic American public is letting terrorism thrive again. 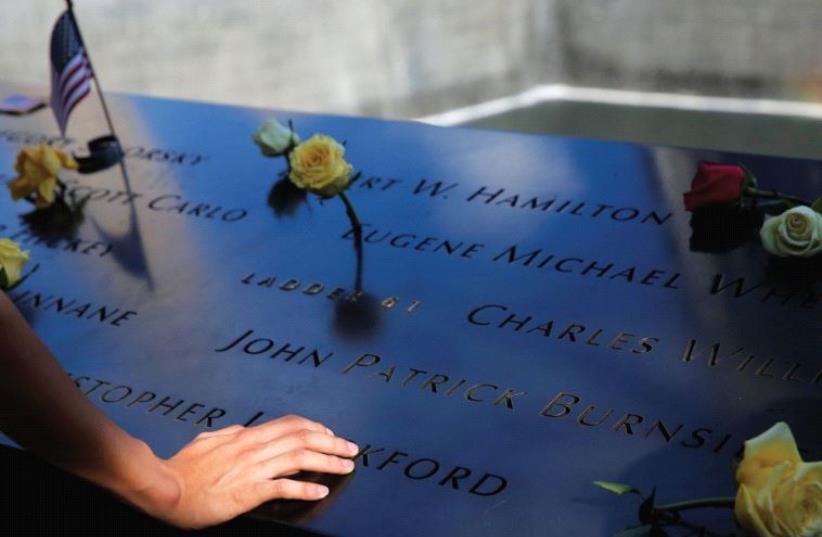 THE 9/11 memorial in New York City. Is there a danger of complacency leading to another major attack.
(photo credit: REUTERS)
Advertisement
There is a sign outside the National Counterterrorism Center at CIA headquarters that reads: “The Date is September 12, 2001.” The message is clear: to remind those responsible for America’s security to remain in the mindset of a country that had just been attacked. The 9/11 attacks were a seminal moment in American history, but in spite of their importance and impact, the average American along with the American security community have lapsed into an apathetic stance to terrorism that does not threaten American civilians. This has led once again to an increase in the ability of jihadist groups to recruit and train operatives to conduct attacks abroad.The 9/11 attacks were possible because Osama bin-Laden had found refuge for al-Qaida in Afghanistan.Under the protection of the Taliban he could attract and train new recruits to his cause. Suddenly jihadism had an address. Bin-Laden was not concerned with American intervention; he saw a country that was much more interested in celebrating its victory in the Cold War than in looking for new threats.His thinking was validated by the US’s unwillingness to sustain even minor casualties to fight international terrorism, as demonstrated in the Blackhawk Down incident in Somalia. Bin-Laden watched the largest military in the world retreat before its mission was complete because of a relatively small number of casualties. Bin-Laden began to think of the US as a paper tiger, and the anemic responses to the embassy bombings in Africa and attack on the USS Cole only served to reinforce his conclusion.Just as bin-Laden saw his fight against the Soviet Union as the reason for its eventual collapse, he envisioned the 9/11 attacks as the blow that would signal the fall of the US. He had never considered that the US would respond in the manner it did.In the years that followed the US would dismantle the Taliban in Afghanistan and send al-Qaida fleeing into the mountains of Pakistan. Fast-forward to the present day and the pressure from the American public to end military engagements abroad has asserted itself even as the average American feels less safe.According to the Chicago Council on Global Affairs nearly half of Americans feel that the US is less safe than before 9/11, double the figure of just two years before. These fears seem justified by the results of the 2015 Global Terrorism Index, which recorded an 80 percent rise in civilians killed between 2013 and 2014, a trend that is projected to continue. It isn’t hard to make the connection between this rise in terrorist attacks and the birth of Islamic State (ISIS), a new safe haven for jihadis. Islamic extremists have once again carved out a territory in which to recruit and train more jihadists and are armed today with recruitment tools that al-Qaida could have only dreamed of. The tragic result of this combination has been seen in attacks in the EU and the US.But what about efforts to “degrade and destroy” ISIS? To call these efforts anything more than a game of Whack-A-Mole would be to seriously overestimate the strategy’s effectiveness. Earlier this year the CIA estimated that before the air campaign in Syria started, ISIS had about 30,000 fighters.Since then Pentagon officials have reported that the air-strikes have killed around 25,000 ISIS-affiliated militants. On the other hand, the CIA still estimates that the number of fighters ISIS can field remains relatively unchanged. As recently as June CIA director John Brennan testified before the Senate Intelligence Committee that “our efforts have not reduced the group’s terrorism capability or global reach.”While the billions that have been spent to increase domestic security mean that another 9/11-style attack is unlikely, the style of attacks we have seen in the past year are threatening to become commonplace.The Wall Street Journal reported that the director of the National Counter-terrorism Center testified before Congress in July that “as we approach 15 years since 9/11, the array of terrorist actors around the globe is broader, wider and deeper than it has been at any time since that day.” If the next president of the United States is serious about stopping the global jihadi threat it may be prudent that he or she hang a sign in their office that reads “the date is September 10, 2001.”The author has an MA and has previously worked as a security analyst for a private security firm.