Center Field: A unity salute: It takes an Israeli...

For Zaray to stand up for herself and her country, for the six parents to stand for unity, first, each had to know where they stood in the world. 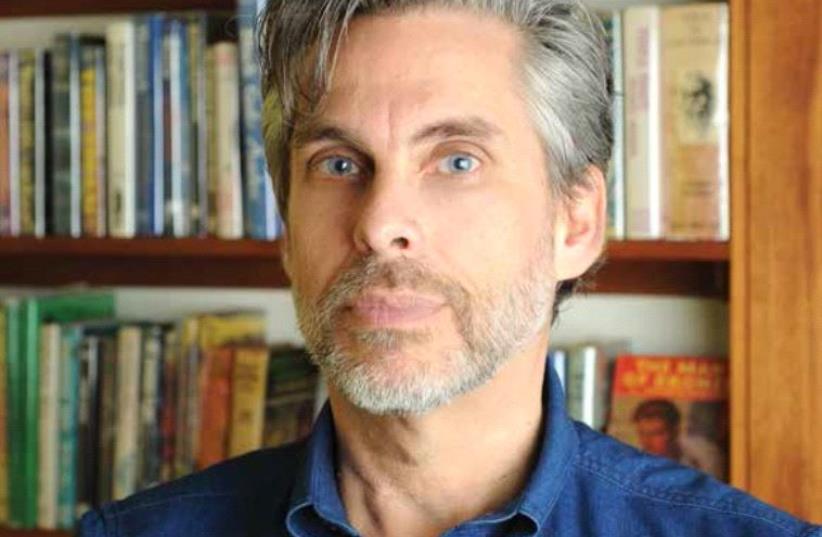 Author Michael Chabon
(photo credit: BENJAMIN TICE SMITH)
Advertisement
On May 14, Israel’s 70th anniversary by the Gregorian calendar, the novelist Michael Chabon repudiated Jewish particularism. Scoffing that a Jew marrying a Jew creates “a ghetto of two,” he mocked loving relationships as oppressive dungeons. The speech would have delighted Hebrew Union College’s pre-peoplehood-embracing, pre-Holocaust, pre-Israel, pre-Reform-Jewry’s-Zionization class of 1936. Naturally, Chabon also blasted Israel’s treatment of Palestinians, Israel’s soldiers, Israel’s security arrangements. Claiming any distinction or barrier reflects “the deepest, oldest human evil,” he called security “an invention of humanity’s jailers,” because “Security for some means imprisonment of all.”You wonder if Chabon locks his house in Berkeley, where violent crime spiked 23% last year.When Chabon renounced any self-protection, a 28-year-old woman from Ashdod, Morin Zaray, had enough. This was, after all, her graduation ceremony from the Hebrew Union College-Jewish Institute of Religion in Los Angeles. Chabon was not only the commencement speaker; HUC gave him an honorary doctorate. Having repeatedly looked back at her appalled brother – an IDF combat veteran – Zaray stood, asked her mother who flew in from Israel if she minded missing the ceremony, and walked out with her family.Normally, Michael Chabon’s Israel polemics trigger yawns. Readers ignored his 2017 Israel-bashing-book. Postmodernists like him champion intermarriage and ridicule identity as regularly as hasidim pray.But Morin Zaray wasn’t challenging Chabon’s freedom of speech. He speaks. A lot. She wasn’t opposing academic freedom – as HUC-JIR’s defenders misleadingly implied. Chabon should be provocative – it stirs debate. Moreover, if the seven new Reform rabbis and their 18 colleagues receiving master’s degrees in Jewish education or communal leadership hadn’t encountered American liberals’ growing hostility toward Israel and in-marriage, the institution would have failed to prepare them for today’s community.Instead, Zaray wondered, what values were HUC – and the cheering students – honoring by lionizing Chabon at graduation?My university, McGill, says honorary degrees reflect our “highest aspirations and ideals.” As a seminary, HUC-JIR is more mission-driven. It embraced Chabon as a role model. That legitimized Zaray’s complaint: his “careless disregard for depth and complexity dishonors an institution of higher learning.” That’s why his honors are worrisome. Is the Reform movement reverting to its pre-Zionist, naively universalistic, prejudiced-against-peoplehood-and-particularism days?Most reform rabbis I know hope not.Having survived the brutal Palestinian terrorism of the early 2000s that Chabon overlooks, Zaray knows that Israelis’ fear is not “fake.” She explained in the LA Jewish Journal that the resulting “security wall is not a prison. It is a lifeline.”Zaray’s actions reinforced her wise words – and were particularly Israeli. It takes an Israeli to walk out of a decorous graduation ceremony – after checking with her mother. It takes an Israeli mother to say, despite traveling 12,000 kilometers, “she would feel ashamed” to see Zaray walk on that stage “after what had been said.” It takes an Israeli to care so much about how someone caricatured Israel that hearing American Jewry’s future leaders cheer him nearly “brought” her “to tears.”Obviously, generalizations are too general. Israelis don’t have a monopoly on loving their mothers or their country. But just as there was something typically pathetically, needily, American Jewish – despite his universalism – in Chabon’s rejection of all distinctions, Zaray’s patriotism was quintessentially Israeli.
TEN DAYS later, I attended an intimate ceremony toasting Taglit-Birthight Israel and others for winning this year’s Jerusalem Unity Prize, founded by Jerusalem Mayor Nir Barkat, Gesher, and the grieving families of Eyal Ifrach, Gil-ad Shaer and Naftali Fraenkel. Rooted in Hamas’s triple kidnap-murders, the prize memorializes these beautiful souls to spur national unity. I felt guilty watching their six saintly parents. I contrasted their suffering since 2014 with the joys I’ve experienced with my 21-year-old son – born months before Gil-ad and Naftali. Yet I left inspired. The parents speak so tenderly about trying to replicate Israel’s feeling of unity then – out of communal love now, not trauma.Again, grieving non-Israeli parents have done good things, too. But it did take Israelis to create Unity Day, which has mobilized 1.5 million people in 26 countries. This year, the prize committee considered over 100 compelling, unity-generating candidacies.I don’t know if Morin Zaray and the six parents are “Sabras” – tough outside, soft inside – or “Fuzzy Peaches” – soft, sweet (they cry, they mourn) outside, but tough in their cores. They have what Chabon lacks – balance, loyalty, commitment to frameworks that can perpetuate values. They are Hillellian, rooted; their self-respect drives their respect for others; their identities power their idealism. That’s a balance those new rabbis should live – and share.Today, Unity Day, let’s replicate Zaray’s and the six parents’ sweet Israeli moxie. Let’s nurture a tribalism that transcends. Let’s continue building Jewish homes that blossom outward, not fortresses folding inward.Modern culture disdains nationalism, patriotism and pride. In Hebrew, geavah (pride) evokes standing up, carrying on, containing one’s worth. Geavah/Pride reflects these everyday heroes’ balance. They stand up for what’s right – no matter how crushing that might be. They know who they are, and they carry their traditions, values, ideals, actively, thoughtfully, to new heights, refusing to fall into life’s snakepits. They won’t abandon their identity, past, or people but aren’t frozen only in themselves, their clan, yesterday’s ways.For Zaray to stand up for herself and her country, for the six parents to stand for unity, first, each had to know where they stood in the world. That’s been the Jewish balance for millennia. It became the Zionist Zen. Today, it’s Israel’s equilibrium – not exclusively, but charmingly.The writer is the author of The Zionist Ideas, which was just published by The Jewish Publication Society. The lay chair of Birthright Israel’s International Education Committee, he is a Distinguished Scholar of North American History at McGill University. Follow on Twitter @GilTroy www.giltroy.com