Jews, and for that matter, all Americans must opt for particularism over universalism, collectivism over individualism. 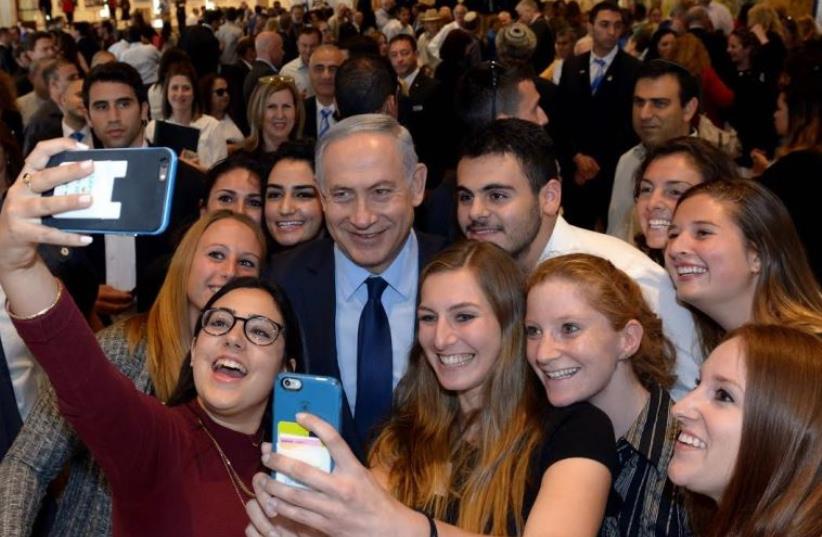 Prime Minister Benjamin Netanyahu at Knesset event honoring the 100 year connection of American Jewry and Israel
(photo credit: HAIM ZACH/GPO)
Advertisement
Like many rabbis’ kids, my children never miss an opportunity to tell me how my synagogue could be better. A few weeks ago, one of my teenage daughters advised me that when I bless the congregational children at Friday night services, I should not bless them distinctly as boys and girls. After all, she reasoned, there are those whose genders are still emerging or do not fall neatly into the boxes of our biblical predecessors. They too are deserving of God’s blessing. It never occurred to me that I was being exclusive. “Yes, of course,” I replied to my child, the last thing I would want is to have anyone feel excluded.This is not your grandfather’s Judaism. The present culture wars on gender are a marker of much larger discussions on boundaries, inclusion and our ability to thread the needle between the two. On the one hand, identity politics have become increasingly charged, as every subgroup stands vigilant against any micro-aggression that somehow offends its distinct stature and sensibility. We live in a time when everyone must be validated in their identities, whatever they may be.On the other hand we are living in a post-gendered, post-ethnic, post-everything world. The coming generation looks askance at assigned or inherited social identities – the notion of erecting boundaries of any sort is altogether displeasing. Be it gender, ethnicity, religion or otherwise, ours is an age of hybrid identities, fluid identities and malleable identities.As we enter this new chapter of identity politics, the American Jewish community would do well to pause and reflect on its implications for our shared future.Over one hundred years ago, in his play The Melting Pot, Israel Zangwill offered a grand vision of America as God’s crucible, in which the diversity of European immigrants would melt away into one common identity.Not everyone was taken by Zangwill’s vision. Rabbi Judah L. Magnes of Manhattan’s Temple Emanu-El sharply rejected Zangwill, preaching if “all men will give up the particular traditions of their own history...[then] Americanization means just what Mr. Zangwill has the courage to say it means: dejudaization.” To ask Jewish-Americans to drop their hyphenated identities was, in Magnes’s words, “preaching suicide to us.”A counter-narrative of America’s promise would soon emerge, perhaps best articulated by the prophet of cultural pluralism, Horace Kallen. It was Kallen who, by way of Magnes, offered a musical metaphor for American life, an orchestral symphony in which “every type of instrument has its specific timbre and tonality.” We must embrace the otherness of the other all the while retaining our own particularity; that is the thread that binds the sacred narrative of our country together, the cacophonous symphony of American life.Ours is not the time of the Zangwill’s melting pot or of Kallen’s orchestra. It is a whole new era, the nature of which we are still figuring out. In our post-everything world of unending validation, the Jewish community would do well to retrieve a language of difference and wear our hyphenated identities proudly.Jews, and for that matter, all Americans must opt for particularism over universalism, collectivism over individualism.Inclusivity may speak to our liberal values, but we dare not forget that we are also in the business of building Jewish identities, Jewish homes and Jewish families. Not every choice is equally OK. As American Jews we do not desire an imagined John Lennon vision of a world with one (or no) religion. If we want Jews to engage, affiliate and marry Jewishly, if we want the ethnic kaleidoscope of our country to be maintained, then we must find a new language both affirming our liberalism and maintaining that not all lifestyle choices are equal.At the conclusion of every Shabbat, I recite the havdala prayer with my family. Havdala means separation; it is the blessing that marks the distinction between the sacred and profane, night and day, the Sabbath from the rest of the week, and the difference the Jewish people and the rest of the world. It is a beautiful and beautifully countercultural blessing that we must learn to say. More than saying it, we must live it. Ours must be a generation ready to live vibrant, committed and engaged lives as Jews. We must find a language of tribalism without triumphalism, affiliation without parochialism, peoplehood without ethnocentrism. In other words, we need to find a language and lifestyle of havdala, of Jewish difference and distinction appropriate for our age. It is not easy. In fact, it is a very narrow path to walk. But it is upon that narrow hyphen of our identities that we will find our way towards actualizing the promised symphony of American life.The author is the rabbi of Park Avenue Synagogue, Manhattan