After the Earth moved

A member of the Foreign Ministry’s Emergency Response Team in Nepal reflects on the tragedy. 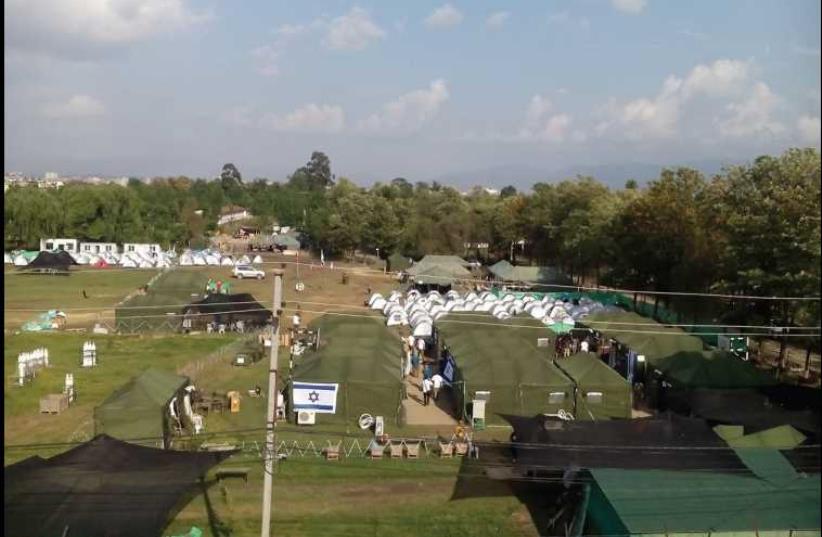 The IDF field hospital in Nepal
(photo credit: ALON LAVI/MINISTRY OF FOREIGN AFFAIRS)
Advertisement
Together with the Foreign Ministry’s Emergency Response Team, I flew to Nepal. During the specially chartered flight we were busy preparing for arrival, coordinating how we would unload the humanitarian supplies and more importantly, arranging to receive more than 230 Israelis, including infants and two preemies, waiting for us at the airport.The flight was filled with 250 eager Israeli soldiers ready to establish the Israeli field hospital in Kathmandu.We landed in Kathmandu around midnight on Monday. It was completely dark, and also difficult to picture how all the pieces would fit together with only seven Israeli diplomats on the ground. Three of the diplomats live in Nepal and experienced the earthquake (their own homes sustaining damage) and another four arrived after the earthquake to provide additional support. It was as if El Al had been flying to and from the Kathmandu airport for ages. All Israelis were ready to board the plane after going through customs and after an improvised check-in organized by the Israeli diplomats.After all the Israeli passengers, who were understandably eager to return to Israel, boarded the plane, and the soldiers were on the way to set up the field hospital, us Israeli diplomats started working vigorously on phase two of the operation: finding and rescuing all the Israelis that were still stranded in remote locations. The Foreign Ministry led the rescue mission in close collaboration with the teams of the insurance companies.
See the latest opinion pieces on our page
The Israeli ambassador, Yaron Meir, together with ministry deputy director- general Mark Sofer were able to obtain approval from the Nepalese government to use private helicopters for rescue missions. This had been forbidden until our coordinated effort.Additionally, we were able to use a military helicopter belonging to the army of Nepal to assist in rescuing Israelis. This was unprecedented and opened the way to rescue all Israelis in Nepal.As the Israeli hikers came in, we debriefed them to obtain useful information regarding the location of other Israelis. As time went by and we received more information, we became concerned with the situation of Or Asraf (z”l). We were able to figure out his approximate whereabouts during the earthquake, but could not locate him. Grief fell on the Israeli camp when we realized that he had not survived the devastating quake.At the same time we were coordinating the rescue missions, the field hospital started working. The ministry made sure the IDF had everything it needed, from equipment to permits, and coordinated transport of patients to the hospital. The ministry staff also ensured that all members of the Nepalese government and people, and all foreign press in Nepal, were aware of the Israeli initiative.During the visit of the Nepalese Prime Minister and chief of staff, our embassy and ministry staff witnessed the strong appreciation and admiration Nepal’s government feels toward our amazing state.I hope that soon we can begin to resume our regular diplomatic relations with Nepal, working on enhancing trade, Israeli aid work with MASHAV, cultural and political cooperation. Until then, I am proud of the accomplishments of the IDF and the Foreign Ministry during this difficult time for our friends in Nepal.The author is a member of the Foreign Ministry’s Emergency Response Team in Nepal.