After the liberation of Mosul: Last stand for Christians in Iraq

The disappearance of first Jews and now Christians from most parts of the Middle East means the termination of the historical Middle Eastern mosaic of peoples. 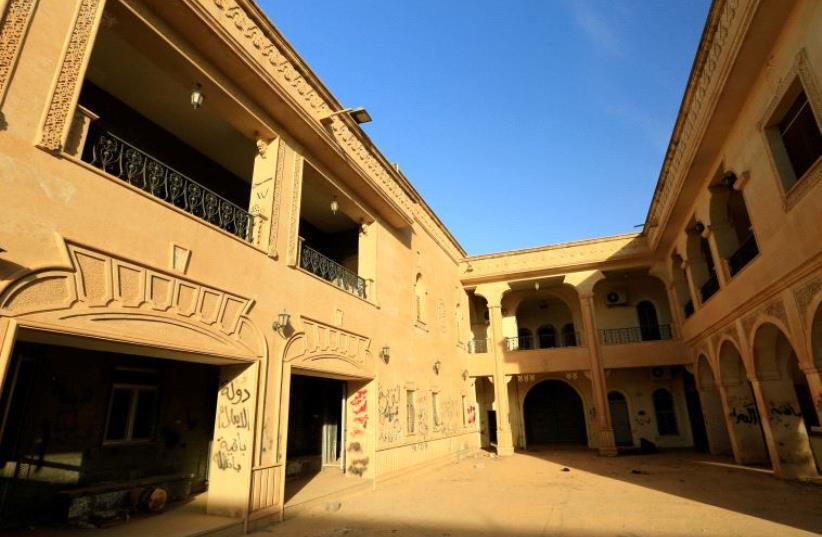 The Mar Behnam Christian monastery near Mosul, Iraq.
(photo credit: REUTERS)
Advertisement
The number of Christians in Iraq has decreased from 1.5 million 15 years ago to a couple of hundred thousand today. As the battle of Mosul comes to an end and Islamic State (ISIS) about to be defeated in Iraq, rapid action from the international community needs to be taken to safeguard the existence of Christians in the country. This is their last stand.The battle of Mosul, Iraq’s second city, is in its final stages. Predictions are that the city might be fully liberated before the end of Ramadan. While, due to a decade of persecution of “infidels” in Mosul, no Christians (Chaldeans/Syriacs/Assyrians) are expected to return to their homes in the city, there is still hope for the return of internally displaced persons (IDPs) and refugees to the ancient Christian villages of the surrounding Nineveh Plains.Despite periods of violence and persecution, coexistence between ethno-religious groups on the Nineveh Plains in northern Iraq, Christians, Shabak, Yazidis and Kaka’i, has over the years been marked by pluralism and cooperation.This coexistence also used to include Jews.When I recently visited the town of Alqosh, where Jews and Christians lived together for a thousand years, I had the honor to visit the tomb of the biblical prophet Nahum. The last Jew leaving Alqosh 1948 left the keys to a Christian family. It was this very family that helped us visit the synagogue and the tomb upon my visit.The disappearance of first Jews and now Christians from most parts of the Middle East means the termination of the historical Middle Eastern mosaic of peoples. The result will be a region rapidly going into a dark age – with no hope for peace and stability for a very long time.A Middle East without Christians will no longer be able to rely on a group which for centuries has been able to act as a broker between ethnic or religious groups. The risk of irreconcilable conflicts between remaining groups will be even higher if and when Christians are gone forever.So, besides being the right thing to do, it is indeed in the self-interest of Europe and Israel to work for vulnerable minorities in this region.The fact that ISIS is on its way to being vanquished in Mosul naturally provides hope for the dispossessed minorities of this region. Yet, without help and political pressure from the outside world, the dream of Christians to return to their homelands will remain only a dream.The reports coming out of the Nineveh Plains are both encouraging and deeply worrying. While repatriation is starting to take place in the northern part of the Plains, controlled by the Kurdistan Regional Government (KRG), the situation in the southern part gives reason for concern. “Demographic adjustments” are reported to be taking place in what used to be the most prominent Christian city of Iraq, Qaraqosh, as well as in other villages.The prospect of these cities being restored to their former states is getting bleaker by the day. The geopolitical implications of this should also be considered by the international community before the exodus of Christians from these cities becomes an irreversible fact.What needs to be done now is to push for Iraqi legislation and government decisions to be implemented. Only a year before the ISIS offensive, the Iraqi government decided to upgrade the Nineveh Plain from a district to a province. This step allows more self-governance in accordance with article 125 of the Iraqi constitution, an article guaranteeing “the administrative, political, cultural, and educational rights of the various nationalities.”This long-awaited step toward increased self-governance in the Nineveh area now needs to be taken.Among the concerned minorities, there is today a readiness to take responsibility for their own future. As a member of the Foreign Affairs Committee in the European Parliament, I last year managed to get a resolution passed that defines the mission and responsibility of the European Union after the liberation of Mosul. Its main points are as follows: • Provide clear support for a politically, socially and economically viable province on the Nineveh Plains with autonomy for the indigenous populations. Prepare administrative efforts in the rebuilding of competence regarding the public administration of the self-governance.• Assert the right of return of the dispossessed peoples of the region. Make it a prioritized issue for our policy in the region.• Encourage cooperation between the international community, Iraq and the KRG regarding the reintegration of refugees.Secure the legitimate rights of the minorities, including the right to regain their homes, land and possessions that were confiscated or stolen.• Commence a collaboration with the Iraqi central government and the KRG to ensure a security solution for the Nineveh Plains which is viable in the long term. In order for the minorities to dare return to their homes, there needs to be a solution whereby policing and security is in the hands of the peoples of the Nineveh Plains, within the framework of the legitimate national defense forces of the country.Until today the international community, including the EU, has not done what it takes to ensure the continued existence of Iraq’s vulnerable minorities. Now that Mosul is on the verge of liberation, there is an opportunity to make a difference in a way that may be decisive for thousands of IDPs and refugees around the world.The choice is between developing a clear strategy and acting politically so that the indigenous populations in the Middle East can have a place in a future Iraq, or letting a historic mosaic of religious and cultural diversity be torn apart and shattered forever.The author is a member of the European Parliament and the Swedish Christian Democrats, part of the European People’s Party. The Parliament Member is attending in a roundtable discussion, "My Brother's Keeper" – The Persecution of Christian Minorities in the Middle East, In Netanya Academic College