There are serious economic and social consequences to raising the retirement age for hundreds of thousands of Israelis. There might also be political implications to such a move. 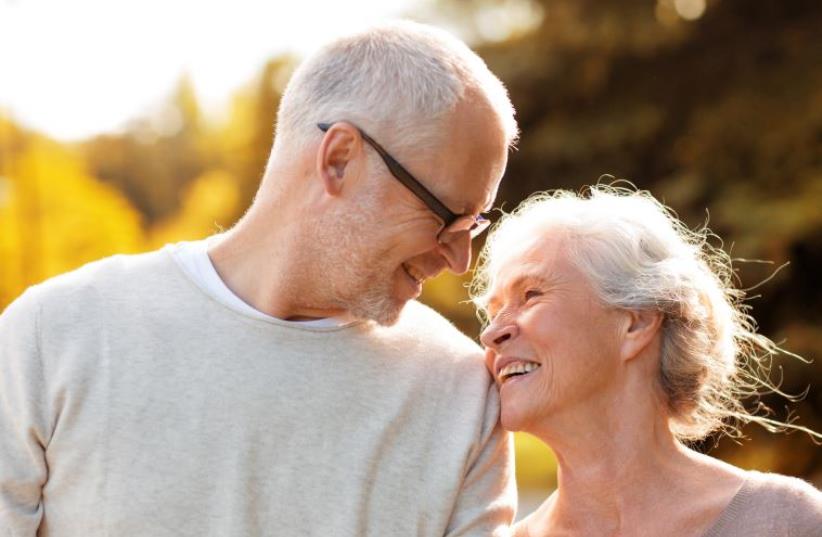 Illustrative photo of elderly couple
(photo credit: INGIMAGE)
Advertisement
Last week the High Court of Justice ruled that the law allowing forced retirement at age 67 does not discriminate against the elderly. In other words, an elderly worker is not being discriminated against when he or she is forced to live on an often inadequate pension, old age government stipend, dwindling savings, or to seek one of the abundant low paying jobs available to this cohort, such as parking lot attendant or night watchman.The court’s decision may not be final, in that it noted that the state had recommended that, since the issue is so complex, it would be better handled by legislation. The justices urged the Knesset to address unresolved issues of mandatory retirement, but also to consider raising the age of retirement. A proposal has already been discussed to raise the retirement age to 70.In the meantime, the court apparently sought to balance the harm that mandatory retirement causes to the rights of the elderly with the supposed beneficial freeing of jobs for younger people and thereby to lower the age when people can start receiving their pensions. The court thus called on the Knesset to rethink the issue and even establish a commission to review it.The law requiring mandatory retirement from certain positions at age 67 was passed in 2004, apparently a time when people were deteriorating and dying at younger ages. The petitioners against the law argued that many democratic countries, particularly the US, Canada and Australia, have eliminated such discriminatory laws.The state countered by pointing to other democratic countries that still have a mandatory retirement age, namely in the European Union. The state representative also insisted, somewhat dubiously, that the cut-off age of 67 was determined scientifically after consultation with expert sociologists.The present cut-off age of 67 is by no means holy.As recently as 2014 the Finance Ministry announced its intention to raise the retirement age for women from 62 to 64 and for men from 67 to 70. The ministry spin on that so-far unenacted proposal was that it is a necessary response to the increase in life expectancy.The idea, however, is not only to live longer, but to live better. There are serious economic and social consequences to raising the retirement age for hundreds of thousands of Israelis. There might also be political implications to such a move.Economically, by raising the pensionable retirement age to the proposed 70, the state would be allowing men and women workers two or three more years of productive work, during which they would continue to pay taxes and contribute to their pension funds from their salaries, as they have for decades.A senior Finance Ministry official explains that people between the ages of 62 and 67 are at the height of their powers and that forcing retirement upon them is an unforgivable injustice to them and the economy. But if continued employment at retirement age is such a blessing, why do so many people of that age get fired? It doesn’t take expert sociologists to know approximately what proportion of the staff at hi-tech companies is over 50, or how many job applicants over 45 get called in for an interview, let alone a job offer.Retirement must be a personal decision, between the worker and the employer, not simply mandatory.It is not an individual’s age that is the most important determinant of retirement, but his or her ability to do the work. We at The Jerusalem Post take inspiration from the career of our chief archivist, Alexander Zvielli, who still comes to work a few days a week at the age of 95.An individual’s age should not be the major consideration when determining his or her ability to work full-time and the date on which he or she should officially retire. Many people are still hard at work in their eighties, and just by changing the age of retirement for the physically and mentally sound even to 75, Israel would gain immeasurably from their labor and save a vast sum in unnecessary old-age pension payments.