Uri Savir, who passed away recently at 69, was a diplomat who reached his professional prime at a relatively young age.

By IDO AHARONI
THEN-SENIOR Israeli and Palestinian negotiators Uri Savir (left) and Mahmoud Abbas confer during a news conference at the close of a day of final status negotiations, in May 1996.
(photo credit: JIM HOLLANDER/REUTERS)
Advertisement

The untimely passing of Ambassador Uriel (Uri) Savir, at 69, is an opportunity to highlight his uniqueness as one of the greatest diplomats Israel has ever produced. Savir reached his professional prime at a young age: he was appointed director-general of the Ministry of Foreign Affairs at the age of 40 and consul general in New York at the age of 35. He was given the responsibility of navigating the delicate negotiations with the Palestinians (and later with the Syrians) at age 41.

Despite his young age, he arrived at these high positions with rich experience in global diplomacy and, more importantly, with qualities that would make his legacy synonymous with diplomatic greatness: boundless curiosity, creativity, self-confidence and charm. Savir’s commitment to humanism, pluralism, and democracy, was total. Those are the values that shaped his diplomacy. For him, tolerance was not only a diplomatic tool but also a complete way of life.

As a young executive, working under the guidance of Shimon Peres, whom he greatly admired, Savir became a mentor to many, including myself, and jump-started the careers of several diplomats who went on to lead some of Israel’s most senior diplomatic postings.

What made him so unique as a diplomat?

As a son of a diplomat (his late father, Leo Savir, was one of the pioneering diplomats of the young state), his basic understanding of the term diplomacy was purist. Unlike most Israeli leaders and sadly, also some senior diplomats, Savir did not view diplomacy as yet another instrument of war that is designed to serve Israel’s never-ending security considerations. He saw diplomacy as the total opposite of war. 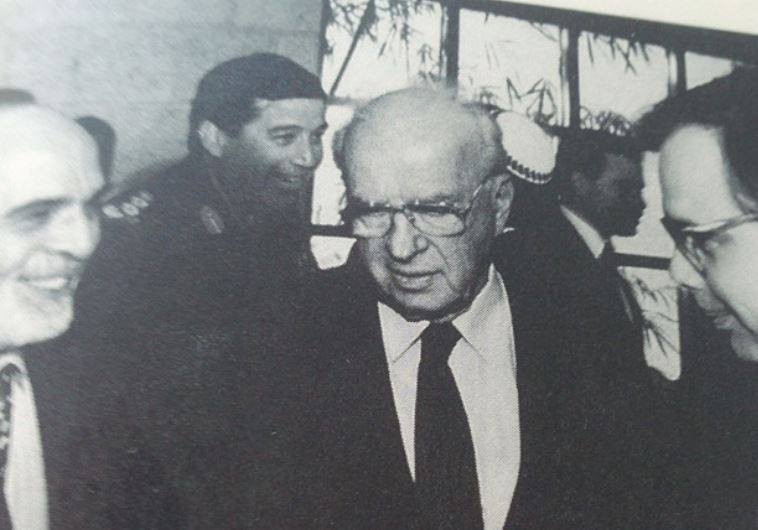 Diplomacy is not the continuation of war by other means, as most Israeli executives tend to believe. He believed that Israel was strong enough, militarily, and economically, to exercise true diplomacy of opportunities. And so he did.

Savir was acutely aware that the disadvantage of Israel’s diplomacy is built-in because of constant military challenges and the dominance of civic militarism in the Israeli psyche. For example, when Israel’s government is presented with the annual intelligence assessment, the voice of its diplomats is barely heard. Young IDF officers, with zero diplomatic experience, are the ones to present the case for Israel’s international policy and diplomacy. And in advocacy, it is the IDF Spokesperson’s unit and not the Foreign Service that leads the way in maintaining day-to-day ties with the foreign press corp.

This situation led him to several conclusions: First, the Foreign Service must change course in its fight for relevance within the Israeli system. Relevance will be achieved through excellence and hard work.

HE SET out to turn the Foreign Service into a modern organization that operated much like a business: diplomats were expected to execute work plans with concrete and quantifiable goals, use their own creativity (rather than complain about insufficient budgets), put in long hours and become team players.

One can only imagine the organizational pushback. Traditional organizations are known to resist change, but he persisted.

Second, after spending a glorious term as consul general in New York, arguably the epicenter of the Western world, Savir developed a firm belief in the effectiveness of soft power and public diplomacy. The term, coined by American academic and diplomat Joseph Nye, refers to the need of nations to shape the preferences and behavior of other nations, not by using hard power (military force or economic sanctions), but rather through appeal and attraction.

Long before the Brand Israel and Start-Up Nation conversations emerged, Savir believed it is imperative for Israel to highlight its attractive dimensions. It’s important to be right. But, it’s more important to be attractive.

He upgraded the cultural department into a division and tripled its budget. Throughout his career, he cultivated ties with non-governmental institutions, such as the NBA, HBO and Hollywood, which played a key role in global popular culture.

Third, Savir believed in the centrality of creativity in diplomacy. In fact, he saw the ideal diplomat as a talent and entrepreneur. He saw with great concern how governmental organizations suppress individual creativity by implementing strict socialization processes.

In the Foreign Service, one becomes a member through the much-celebrated Cadet Program, which is a main venue for organizational socialization. Savir worked tirelessly to identify highly creative minds and promote them, not necessarily based on their seniority, but based on their ability to formulate creative ideas and turn them into action.

Many senior diplomats owe him their careers. In 1988, he jump-started the career of a young and aspiring filmmaker, Richard Plepler, who later became the chief executive of HBO and one of the leading producers in America.

FOURTH, WHEN it came to the daunting task of imparting Israel’s message globally, popularly known as hasbara, Savir’s view was also unique and sophisticated.

He was acutely aware of the critical role cognitive dissonance plays in the way people process information. Humans tend to reject information that contradicts their pre-existing convictions. Two individuals can be exposed to the very same text or image, yet each will draw different conclusions based on their pre-existing beliefs.

In other words, years before technology allowed us to prove it routinely, Savir understood that Israel’s advocacy efforts, which have typically been based on rational arguments and historical facts, are being consumed only by our well-wishers. Israel’s hasbara is about preaching to our own choir. The ability of hasbara to truly convert positions is close to zero.

In his view, the solution contained two elements: one, if Israel is so concerned with its image, it may be time to revisit the policy and second, the way to win hearts and minds must go through the cultivation of a strong emotional connection to Israel.

He understood the importance of specific trend-setting groups. For example, as early as 1993, Savir championed LGBTQ+ labor rights within the Foreign Service, becoming a global pioneer in this area. In the late 1980’s he identified the growing political importance of the African American community and cultivated strong ties with its leadership, working to bring their top influencers to Israel.

His work in New York is considered legendary until this very day. He even had his own power breakfast table at the Regency Hotel, a rare feat in New York.

Fifth, in addition to the need to resolve the acute conflict with the Palestinians, Savir was also aware of the need to break the diplomatic siege imposed by the Arab economic boycott of 1945. Guided by the vision of his mentor, Shimon Peres, Savir understood that business and economy are key to shaking the Arab boycott. He deployed backchannel and secret diplomacy tactics to advance Israel’s business interests by convening regional conferences in Jordan and Morocco.

While we all celebrate the success of the Abraham Accords and satisfyingly witness the de facto collapse of the Arab economic boycott, it is important to remember the trail-blazing contributions made by Savir. Uri Savir was a rare human being. He was smart, funny and incredibly sophisticated. His brilliance frustrated many. Those who were privileged to work with him, fully realize his greatness. He was a true patriot, who devoted his life to the Zionist cause.

His voice will be sorely missed.

The writer was the longest-serving consul general in New York (2010-2016) and former policy aide to Savir from 1993-94. Currently, he is teaching international relations at New York University.