As the 20th anniversary of the Al Qaeda suicide bombing in Kenya approaches, I’m sitting at my desk sifting through two decades of difficult thoughts and feelings. 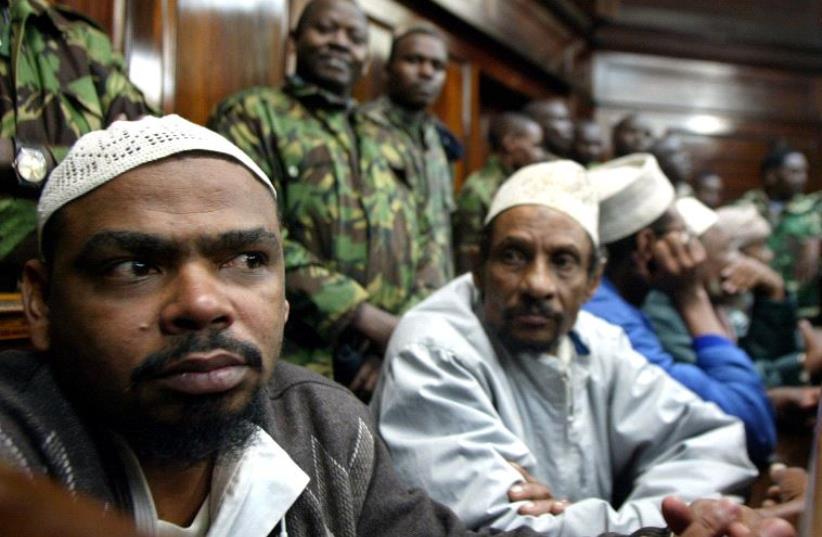 This is what a therapist in Los Angeles said to me several years ago after I had been seeing him for a while. He made the comment after hearing how I had survived an al-Qaeda suicide bombing at the Israeli-owned Paradise Hotel in Mombasa, Kenya, on November 28, 2002, while on assignment for this newspaper.

This Monday marks 20 years since that horrific event that changed the trajectory of my life.

After 12 months of intensive PTSD counseling at Hadassah University Medical Center in Jerusalem’s Ein Kerem, followed by a standard psychological test by Bituach Leumi, I was informed that I would never fully recover if I stayed in my job. Remember, this was the height of the Second Intifada, and I was covering terror constantly and apparently reliving the trauma on a daily basis.

And so, in February 2004, I moved to Los Angeles – and have been here ever since.

As the 20th anniversary of the terror attack approaches, I’m sitting at my desk sifting through two decades of difficult thoughts and feelings. I was actually forced to confront these feelings a few weeks ago when someone from BBC Radio 4 reached out to me on Twitter to inform me that their program In Our Time was doing a piece on the 20th anniversary and could they interview me? 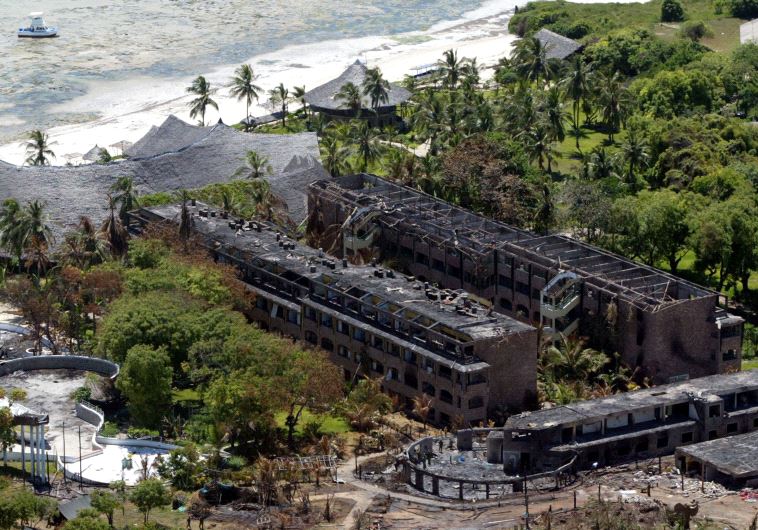 The program format combines archival material with an individual witness to a historical event. This episode will run on the anniversary this week.

The BBC interview was tough. It was hard to remember some things and impossible to forget others. Time has a way of messing with our heads. There were moments where I was calm as I recalled that day, and it all felt like a distant nightmare – but at others, it was raw and visceral and I broke down.

Twenty years on, I still light yahrzeit candles every year for my 60-year-old guide, Albert (Avraham) de Havila, and for those two beautiful young boys, 14-year-old Dvir Anter and his 12-year-old brother Noy, the three Israelis who were killed in the suicide car bombing of the hotel.

I also light candles for them every Yom Kippur, Passover, Shavuot and Shmini Atzeret. I know we’re supposed to only light them for family, but everyone I traveled to Kenya with on that trip was my family. We became a family – forever bonded by our collective trauma.

The Anter family joined our small bus of journalists from the airport to the hotel and Adva, who was eight, and her mother, sat right in front of me. I remember little Adva (who was badly wounded in the attack), constantly asking, “Are we there yet?” I remember Dvir and Noy chatting with Albert at the front of the bus.

I attended Albert’s funeral. I was in Kenya with his daughter.

I would have gone to the brothers’ funerals, too, but they were buried on the same day as Albert and I couldn’t be in two places at once.

Twenty years on, I still have PTSD. There are triggers out there. There are very specific things that I cannot deal with: fireworks are the absolute worst. Sudden loud crashes and bangs, a host of other things.

However, thanks to my counseling, I have techniques to help me get through those moments.

Sometimes I wonder where I would be now if this hadn’t happened. This is an impossible question to answer: I have come to realize that trying to play the “what if” game is fruitless.

This also helped me come to terms with my survivor’s guilt, which held a grip on me for a long, long time.

When I ran my theater company in Israel, I directed a one-woman show called Spoonface Steinberg, by Lee Hall. It’s about a nine-year-old girl dying of leukemia. But it’s a beautiful piece about life, love, hope, the vastness of the universe, and the wisdom that can only come from the brilliant mind of a small child on death’s doorstep.

There’s a line she says that always stuck with me: “There is only one thing we know for certain and that’s [that] we can never know anything for certain.”

The only thing I knew for certain when I made the decision to leave Israel was that I needed to be in a place where the news didn’t matter.

For me, that meant LA. Hollywood. And for a while I spent a lot of time covering red-carpet events and asking celebrities, “Who are you wearing?”

And yet… eventually, I went back to my roots. I have always been a news junkie. And the trauma I suffered in Kenya sent me hurtling toward other people’s traumas. I have willingly and actively chosen to cover some of the most traumatic events: the shooting at the Squirrel Hill synagogue in Pittsburgh, the aftermath of Hurricane Maria in Puerto Rico, the Orlando Pulse Nightclub shootings, the San Bernardino shootings and the family who chained their children to their beds for decades in Perris, California, to name a few.

There is no logic to traumatic events

Right now, I’m covering not one but two high-profile celebrity rape trials in the Los Angeles criminal courthouse: Harvey Weinstein and Danny Masterson – both with multiple accusers. Every day I sit through the most gut-wrenching testimony from several women. 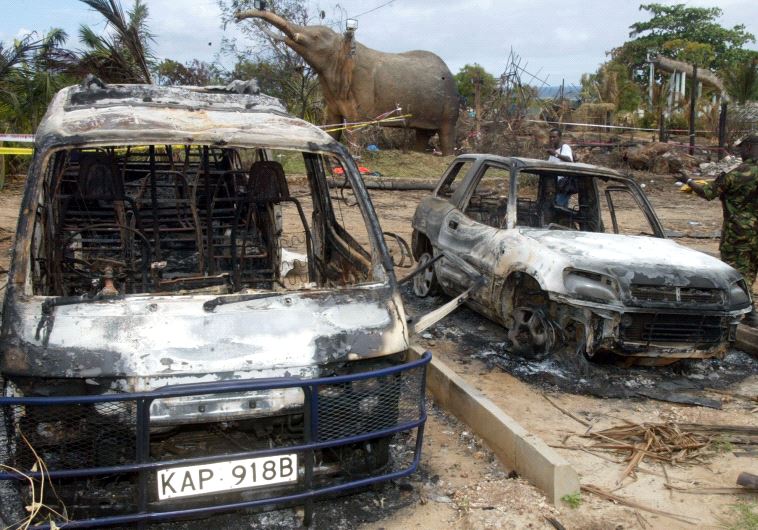 BURNED CARS ARE SEEN IN THE GROUNDS OF THE PARADISE HOTEL IN MOMBASA. (credit: REUTERS)

What I have learned from my brush with death is that I have a level of empathy and understanding of how people behave when they have been through extreme trauma. I understand how to listen to them; how to get them to open up to me; how important it is for the world to hear their stories. I continue to be drawn to them even though logic dictates I should run screaming in the opposite direction.

However, there's another lesson I’ve learned. There is no logic to traumatic events. They are, by definition, destabilizing. You can’t ever really overcome them but you can learn to handle them, with the right support.

For me, that support has come in a multitude of ways including by seeing how many good people there are in the world even when you’ve seen evil right before your eyes, from therapy, and from whispers from the universe or God or whatever you want to call it.

One of those whispers for me came eight years to the day after the suicide bombing. My Golden Retriever, Bronte, was born on that day. She gave me something to celebrate every year on the same day I mourned. She passed away six weeks ago, and her birthday and the bombing anniversary are going to be even harder this year, but I know I’ll muddle through as always.

In the past 20 years I’ve been through more trauma, including the death by suicide of my best friend, who left me to find his body. (The reason I sought out therapy). I have been so sick for so many years with a hereditary kidney disease and having had multiple hospitalizations – and the ongoing trauma of watching my father die from that same disease when I was a teenager and he was just 46. And yet, this year, on March 29, I was blessed to receive a kidney transplant, thanks to a dear friend, who literally saved my life.

And for finally understanding what my therapist meant: I am indeed the luckiest unluckiest person I know.