The educators at Bnei David should reconnect with their original messages of synthesis and pragmatism that have proved so successful and leave the religious zealotry to others. 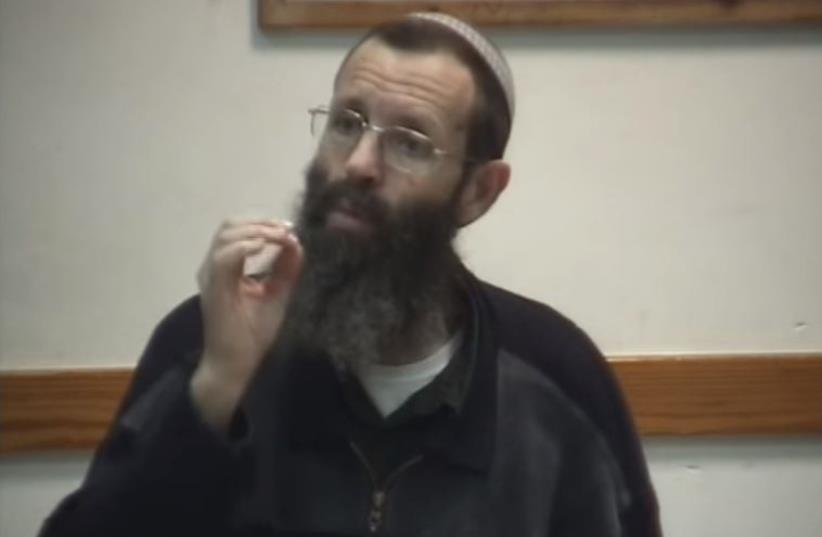 Rabbi Yigal Levenstein‏
(photo credit: YOUTUBE SCREENSHOT)
Advertisement
Rabbi Yigal Levenstein, one of the founders and co-directors of the Bnei David pre-military academy in the Samaria settlement Eli, has aroused media interest for making derogatory statements against homosexuals and female soldiers.Last week Levenstein was once again in the news. A video obtained by Channel 10 News of him teaching a class to students at Bnei David on the subject of sexuality showed Levenstein calling to eradicate the “disease” of homosexuality just as science found a way to cure AIDS.“I am convinced that on the day that people will reject the idea that this thing [homosexuality] is normal, we will save all of human society, and physiological science and psychological science will not have any problem in dealing with this problem, we just need to define it as a problem,” continued Levenstein.“Do you remember that once there was this concept of AIDS and the entire medical world attacked it and managed to eradicate it? Or any other problem. Problems we eliminate, defects can be eliminated,” he averred.A little over a week ago, another rabbi from Bnei David, Rabbi Yosef Kalner, created a storm of controversy when he claimed that women have “weak minds,” can only achieve mediocre levels of spirituality and have been confused by modern thinking on their role in society.After previous outbursts by Levenstein, Defense Minister Avigdor Liberman threatened to cut state support and recognition of Bnei David institutions unless Levenstein resigned as educator. Levenstein reportedly did take a break from his teaching but is now apparently back.In the past, we supported Liberman’s efforts. We are against censoring educators in institutions like Bnei David but we do not think the army needs to pay for them to make these insidious comments.Now that Levenstein’s opinions have become known, parents and young men who are choosing among many different pre-military programs that are available can make a more educated decision.In any event, focusing on a few unfortunate statements by Levenstein and Kalner detracts from Bnei David’s positive, even revolutionary, impact on the IDF and Israeli society, particularly within religious-Zionist circles.In the late 1980s, at the request of then-head of IDF Central Command Amram Mitzna, who was Levenstein’s commander, Levenstein conceived of a program that would encourage more religious-Zionist young men to become IDF officers.In 1988, together with Rabbi Eli Sadan, Levenstein created the very first religious pre-military academy. In 1997, a secular academy called Nachshon was created, modeled after Bnei David. Today there are dozens of religious, secular and mixed pre-military academies throughout Israel.In 2016, Sadan would receive the Israel Prize for the project.It would not be an exaggeration to say that the religious pre-military academies revolutionized the religious-Zionist approach to military service. Before their creation, religious-Zionist young men either enlisted in the IDF immediately after high school and often found it difficult to maintain their uniquely religious lifestyle and norms, or opted for hesder, a five-year program that combined an abbreviated military service that did not lead to officers’ training.In contrast, Bnei David’s educators encouraged young religious men to excel within the IDF while maintaining a high level of religious commitment. They did this by teaching that military service in the State of Israel was a religious duty, a mitzva.In large part thanks to Bnei David, which proved it was possible to be both religious and an IDF commander, a disproportionate number of kippa-wearing men are today high-ranking officers.It is a shame that Bnei David is now in the news due to the extreme opinions of its educators. Religious pre-military academies were successful because they managed to strike a reasonable balance between two forces previously thought to be contradictory: Jewish faith and Israeli patriotism. Levenstein, Kalner and the other educators at Bnei David should reconnect with their original messages of synthesis and pragmatism that have proved so successful and leave the religious zealotry to others.