Cameron is most likely Britain’s most pro-Israel prime minister ever. 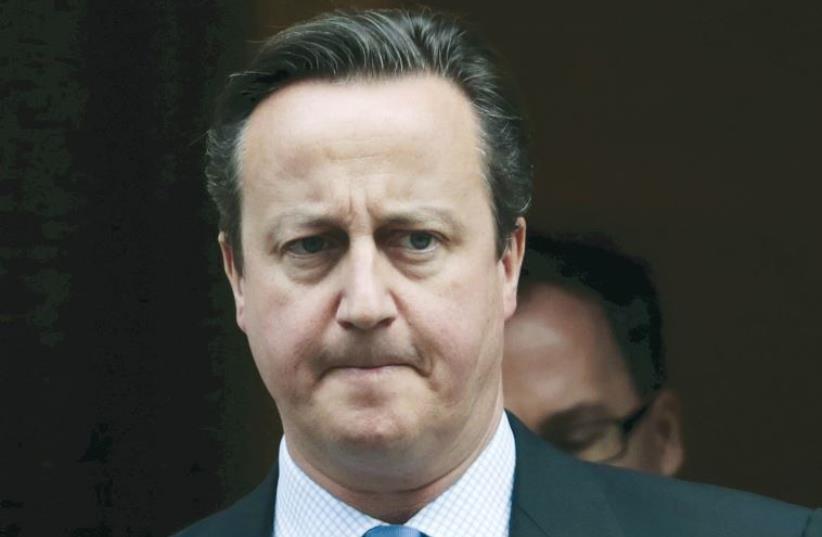 Britain's Prime Minister David Cameron
(photo credit: REUTERS)
Advertisement
Before ripping into him for his comments on east Jerusalem, we have some words of praise and thanks for British Prime Minister David Cameron.Cameron is most likely Britain’s most pro-Israel prime minister ever. And this is quite a compliment, considering Cameron’s pro-Israel predecessors. He has defended Israel from its detractors and championed causes that are in Israel’s interests on a number of fronts.What sets Cameron apart is readiness to back up words with actions, often carried out quietly without generating much attention. Unlike Gordon Brown or Tony Blair, Cameron succeeded in amending universal jurisdiction legislation that created embarrassing situations for Israeli politicians and IDF officers who visited Britain. Before Cameron’s government amended it in 2011, British law allowed private complaints of war crimes to be lodged. High profile targets included Tzipi Livni, Shaul Mofaz and Ehud Barak.Also, Cameron, together with Chancellor of the Exchequer George Osbourne, pushed sanctions on Iran perhaps more than any other leader. Taking advantage of London’s global financial infrastructure, the Brits under Cameron’s rule have made it difficult for the Islamic Republic to conduct financial transactions and obtain trade insurance. It was largely thanks to Cameron and Osbourne that Iran was excluded from the international transfer system SWIFT, which is based in Belgium.Cameron’s pro-Israel credentials were also on display during the 2014 Gaza conflict. Under his leadership, the Conservative Party refused to cave in to pressure from the Liberal Democrats, who demanded to condemn Israel’s military actions. The Conservatives managed to quash an initiative by the Liberal Democrats to “reexamine” export licenses for British arms to Israel.More recently, Cameron’s Conservative Party has taken action against BDS activists. Earlier this month, the British government formally announced moves designed to discourage anti-Israel boycott activity.Under the proposed law, “discrimination against Israeli suppliers” by city councils, public bodies and some student unions would be illegal. In explaining the need for the law, a spokesman for Cameron said that boycotts “undermine good community relations, poisoning and polarizing debate, weakening integration and fueling anti-Semitism.”It is precisely because Cameron is so pro-Israel that it was surprising to hear him take Israel to task for building in parts of Jerusalem that fell into Israel’s hands in the Six Day War.Cameron said it was “genuinely shocking” that Israel dared to build in these parts of Jerusalem.“Yes, we are supporters of Israel, but we do not support illegal settlement, we do not want to support what is happening in east Jerusalem, and it’s very important that this capital city is maintained the way it was in the past.”Admittedly, Cameron and his Conservatives do not have an easy time maintaining an overtly pro-Israel policy in the face of such a hostile political and international environment, which is hyper-critical of Israel while ignoring atrocities perpetrated by other countries.But we would have expected more of Cameron.Does the British prime minister truly hope that Jerusalem is “maintained the way it was in the past”? When the holy city was under Jordanian rule, Jewish places of worship were left in ruins; access to the Western Wall was denied to Jews; basic religious rights were trampled.Obviously, that is not what Cameron longs for.It is also not clear what Cameron is referring to when he talks of “what is happening in Jerusalem.” Apparently it is not the knifings, the vehicular attacks and the shootings being carried out by Palestinians. Nor is it the economic progress, the freedom and the cultural flourishing of the city since it came under Israeli control.Jewish building, apparently, is the only obstacle to peace.Cameron is a true friend of Israel. That’s why it is so frustrating to discover that even people like him have been affected by the unceasing campaign against Israel.We hope the British prime minister returns to his old self soon and that his comments on east Jerusalem were just a slip.