Croatian society, like any other democratic society, has its own internal dialogue on historical issues. 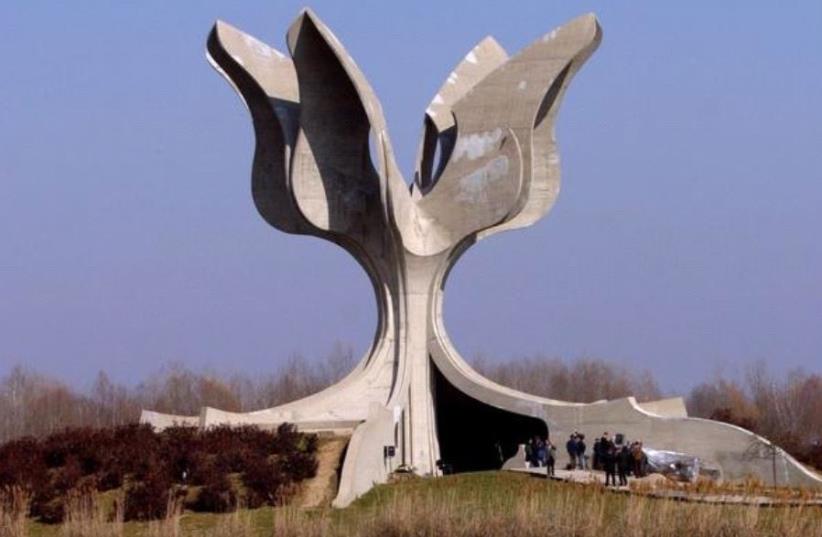 A flower-shaped stone monument in Jasenovac, 100 km east of Zagreb in Croatia.
(photo credit: REUTERS/ NIKOLA SOLIC NSO/WS)
Advertisement
The Embassy of the Republic of Croatia would like to take this opportunity to say a few words on some erroneous assertions which might lead to the conclusion that the Croatian government condones or endorses the glorification of the WWII Ustashi regime.Let me reiterate, like we have on numerous occasions before, that the democratic foundations of the modern Republic of Croatia are firmly based on anti-fascism and the defensive Homeland War. This is clearly stated in our Constitution, which, at the same time, guarantees and protects the basic democratic values of all Croatian citizens – rule of law, human rights, minority rights, etc. Relating or referring to the Republic of Croatia – a young, modern democracy, in the context of the “Independent State of Croatia” from WWII is neither historically accurate nor justified.The Republic of Croatia proclaimed its independence 26 years ago, based on a decision of its own citizens, following a referendum in which 90% of the population voted in favor of breaking constitutional ties with the former SFRY. The defensive Homeland War, which followed that decision, took the lives of many Croatian citizens (more than 15,000), while the destiny of a great number of them is still unknown.The Republic of Croatia will never stop showing its deep respect and gratitude for sacrifice and patriotism shown by a great many of its citizens during the Homeland War, which has enabled us a life in freedom and peace. Since then the Republic of Croatia has been transitioning into a modern democratic society, which lives and promotes tolerance and strongly opposes discrimination of any kind. A strong determination toward a tolerant, integrative society living in freedom and peace has been on the agenda of every Croatian government since independence.Furthermore, every Croatian government to date has shown a deep respect to all the victims of the Holocaust, joining the universal message of humankind as a whole – “Never Again”! The Republic of Croatia takes very seriously its cooperation with all institutions, in Israel and elsewhere, which keep the memory of the Holocaust and its victims alive, and has time and again proved its active and deep commitment to the global fight against antisemitism. In that context, Croatia is open to a dialogue with all interested parties. For example, education on the Holocaust constitutes a part of the Croatian education curriculum, which includes cooperation with Yad Vashem in that and many other aspects. In fact, the recent results of the Pew Research Center’s polls must be mentioned – they have shown that antisemitism trends in Croatia are on a very low level.Croatian society, like any other democratic society, has its own internal dialogue on historical issues, often a very emotional one, primarily because many citizens have their own painful experience from different periods of the Croatian people’s history. And, as often happens in democratic societies, including in Israel, the government listens to the pulse of its people, respecting differences of opinion. But every Croatian government has always been clear that any atrocity, whoever is responsible, is a criminal act, and that perpetrators of such acts must be brought to justice. This is the very essence of democratic values and of the rule of law – which the Republic of Croatia strongly advocates.It is for this reason, while paying attention to the pulse of the nation and hearing the debate on history-related issues, that the current government of Croatia has formed the National Committee on history-related issues. The Committee’s conclusions, we believe, will help facilitate the future legislative solutions, once and for all.The author is chargé d’affaires/minister plenipotentiary of the Croatian embassy to Israel.