Although he had a reputation for stopping at nothing when it came to killing terrorists, Dagan himself told 60 Minutes in 2012 that he had never killed an unarmed man. 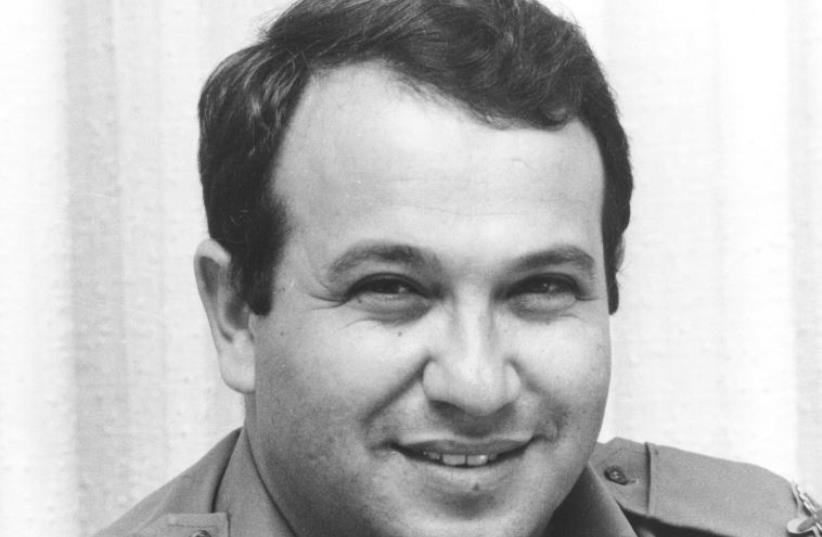 Meir Dagan
(photo credit: IDF SPOKESMAN’S UNIT)
Advertisement
Meir Dagan, the former director of the Mossad who died on Thursday, was born on a train bound for Russia to Polish parents running from the Nazis.The Holocaust was central to Dagan’s worldview. A picture of his grandfather accompanied Dagan throughout much of his professional life. It hung on the wall of his Mossad office. It showed his grandfather just moments before he was murdered, clothed in a tattered prayer shawl with his hands in the air kneeling before a group of Nazi officers, one of whom wielded a sword.It is said that he showed the picture to Mossad operatives before they went out on missions.Dagan seems to have been driven by the motto “Never again.” He channeled this energy into fighting Israel’s many enemies. In 1970-1971 as commander of Rimon, a shadowy special forces unit, Dagan engaged in controversial anti-terrorist activities in the Gaza Strip. Working under Ariel Sharon, the head of IDF Southern Command, the unit hunted down terrorists. Widespread use was made of bulldozers, curfews and search-and-destroy missions.Dagan left the Gaza Strip immeasurably more secure. It was during this period that he became a Sharon acolyte.Although he had a reputation for stopping at nothing when it came to killing terrorists, Dagan himself told 60 Minutes in 2012 that he had never killed an unarmed man.In 1982, during the First Lebanon War, Dagan commanded the Barak Armored Brigade and was one of the first brigade commanders to enter Beirut. He was later appointed the IDF’s chief of operations in southern Lebanon. Ehud Barak, who was chief of the General Staff at the time, referred to Dagan as an innovative commander with exceptional operational creativity and understanding of human nature who set new standards, first in Rimon and later in South Lebanon against Shi’ite terrorists. “He killed terrorists, he did not just talk about it,” Barak told Army Radio on Thursday.In 2002, after working with Sharon on his election campaign that brought the Likud to power, Dagan was appointed head of the Mossad. Sharon’s choice aroused opposition inside the agency. Several senior agents quit in protest. Dagan’s appointment was also controversial because he was an outsider. But he quickly proved himself.Soon thereafter, Iranian cargo planes started falling from the sky, nuclear labs were catching fire, centrifuges were malfunctioning and then, one by one, Iranian nuclear scientists started disappearing and getting killed, blown up by shadowy men on motorcycles.Called a superman in the Arab world, Dagan was accredited with exquisitely executed covert missions and assassinations from Damascus to Sudan. The one glitch during his outstanding career at the agency came in Dubai.The faces of about two-dozen suspects in the 2010 killing of Mahmoud al-Mabhouh, a co-founder of the military wing of Hamas who bought arms from Iran for use in Gaza, were caught on camera at the Dubai hotel where Mabhouh was staying. The suspects were allegedly Mossad agents. Still, while the incident caused friction internationally, none of the suspects was ever arrested.In recent years, since leaving the Mossad, Dagan has publicly criticized government policies regarding Iran and the Palestinians. He felt it was a necessity for Israelis and Palestinians to reach an agreement. He believed the Jewish state had a moral obligation to stop the bloodshed in Syria because of the Jews’ history as victims of state violence.And, perhaps most important, he was one of the first security pros who publicly opposed a strike on Iranian nuclear facilities. Coming from a man who never shied away from using force to protect Israel, the declarations carried special weight.Dagan had a close relationship with The Jerusalem Post, and addressed its annual conferences in New York in 2014 and 2015. In a panel discussion last year, he flatly denied a claim by the Post’s senior contributing editor, Caroline B. Glick, that under the leadership of Dagan and then- IDF chief Gabi Ashkenazi, Israel’s defense apparatus had refused an order by Prime Minister Benjamin Netanyahu to attack Iran’s nuclear facilities in 2010.“We were always willing to obey any legal order by the prime minister,” said Dagan. “We never refused an order.”The Holocaust provided Dagan with the drive to defend the Jewish people. But it also instilled in him great moral sensitivity to the plight of others.Meir Dagan was a true hero of Israel. May his memory be for a blessing.