Dayenu: Would it really have been enough?

As we come together for the Seder, let us say a special prayer for those who have lost loved ones to senseless violence, and ask for lasting peace. 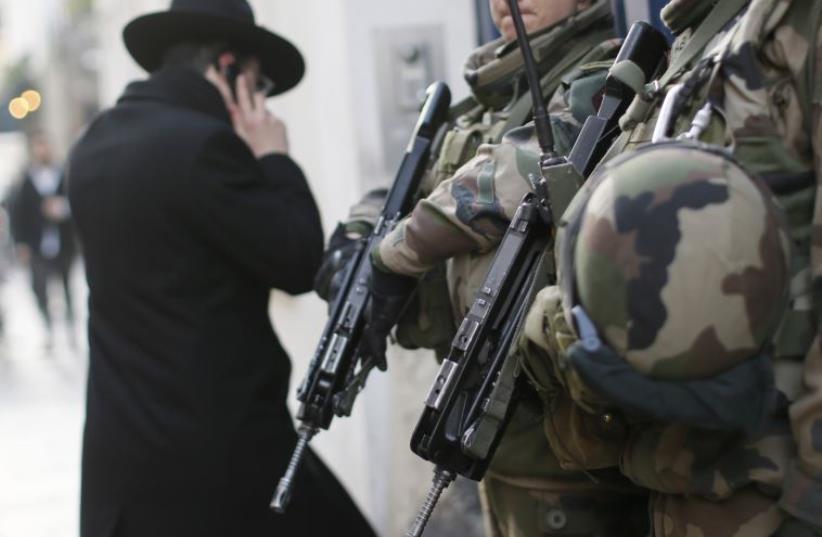 French soldiers patrol the street in a Jewish neighborhood
(photo credit: REUTERS)
Advertisement
It is one of the most recognized songs at the Passover Seder. “Dayenu” – it would have been enough.Every year, the lyrics take us through the Israelites’ escape from Egyptian slavery and their journey through the desert, as we sing about each gift – each miracle – that G-d bestowed and how each alone would have sufficed. It would have been enough had G-d only taken us out of Egypt, without also punishing the Egyptians. It would have been enough had G-d split the sea, without also leading us to dry land. It would have been enough had G-d brought us to Mount Sinai, but not given us the Torah.What? It would have been enough had G-d not given us the Torah? The Torah is foundational to Judaism.It contains our narrative, our laws, our ethics, even our calendar. If G-d had not given us the Torah, dayenu, it would have sufficed? Why would we say that? This question makes me think back to a teacher I had who suggested that our standing at Sinai and declaring “Na’aseh v’nishma” – “We will do and we will hear” – formed the basis for Dayenu.As Jews, we have a responsibility to do, even when we are without.Throughout our more recent history, many of us have too often had to live without our Torah, forbidden from practicing our religion. We lived in exile, often under harsh conditions. Even then, na’aseh, we did when we were without. Think of the conversos who, during the Inquisition, lit Shabbat candles in darkened rooms, hidden from the outside world. Of the concentration camp inmates who somehow managed to light the hanukkia or hold a Seder.Or of the Soviet Jews who secretly made matza – a forbidden product – in their homes.This year, as family and friends young and old come to our Seder tables and declare, “Let all who are hungry come and eat,” we will retell our biblical story of redemption.But more than that, we need to tell our story of today – the story of Jews around the world who are challenged, displaced, fearful of being openly Jewish, trying to have eyes in the backs of their heads, as they walk in Jaffa, Jerusalem and Tel Aviv, in Paris and in Brussels.Four days ago in Jerusalem, a horrific act of violence – the first bus bombing in more than three years – wounded 20 innocent civilians. As we come together for the Seder, let us say a special prayer for those who have lost loved ones to senseless violence, and ask for lasting peace.Federation works to ensure that our family around the world is safe and secure. We can be proud that what we do touches the lives of so many people.Whether it’s providing crisis relief following a natural disaster; meeting the needs of Holocaust survivors; maintaining a social safety net for Jews and others, wherever they may be; supporting job training both in North America and in Israel; fighting anti-Semitism and the Boycott, Divestment and Sanctions movement; or boosting Jewish education, Federations continue to work with our partners worldwide to improve life for our Jewish brothers and sisters.Our partners JDC and the Jewish Agency for Israel – the former meeting the emergency needs for so many in Ukraine, and the latter supporting the recent rescue of Yemeni Jews – both do their work in very precarious conditions, and fulfill our mission on the front lines.As we sit at our Seder tables, laughing and sharing, singing “Dayenu” and thanking G-d for the miracles of redemption, let us make certain that we share the story of how our collective work today ensures that we are still fulfilling our promise to G-d that na’aseh v’nishma, we will do and we will hear.The writer is president and CEO of the Jewish Federations of North America.