Exclusive: Fate of Netanyahu, the government and the criminal probes

Netanyahu is in much deeper legal jeopardy than he was before.

Prime Minister Benjamin Netanyahu at a weekly cabinet meeting, May 6th, 2018.
(photo credit: EMIL SALMAN/POOL)
Advertisement
Case 4000 was a game changer for Attorney-General Avichai Mandelblit.He will not say it out loud yet, but the chances are very high that sometime in 2019 he will announce his intention to indict Prime Minister Benjamin Netanyahu in Case 4000 – the Bezeq-Walla! affair.This will start the real battle over whether Netanyahu must resign, which would also cause the government to fall.The all-important debate over whether a prime minister under indictment must resign or can be forced to quit by the High Court of Justice may then hinge on whether Netanyahu is indicted for bribery or mere breach of public trust and on how many cases he is indicted in.What will Mandelblit do about all of these questions, as he holds the fate of the nation in his hands? 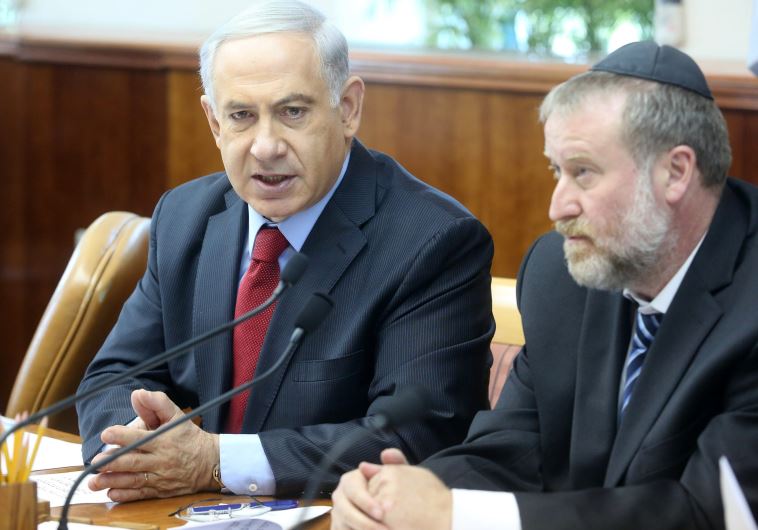