Can Israel remain strong and stable after Netanyahu?

A country is not measured by a single leader, no matter how powerful he or she might be.

Protesters hold signs as they take part in a rally calling upon Israeli Prime Minister Benjamin Netanyahu to step down in Tel Aviv, Israel February 16, 2018.
(photo credit: REUTERS/AMIR COHEN)
Advertisement
Shortly after losing the 1999 election to Ehud Barak, Benjamin Netanyahu reached a simple but critical conclusion: to be prime minister, he reportedly told associates, you need to have at least one newspaper under your control.One idea Netanyahu had at the time was to found a newspaper, one that he would run and edit. For various reasons the idea did not pan out, and Netanyahu turned to do something else – make money.Netanyahu’s conclusion about the media was important, and would play prominently throughout the next 20 years of his political career, the last nine of which he has spent as prime minister. At the same time, though, his obsession with the media that started back in the 1990s – and possibly even earlier, when he was ambassador to the United Nations – seems to be coming back to haunt him today, and may end up being the cause of his eventual tragic downfall.Just look at the three investigations which Netanyahu is currently caught up in. All feature the media.Case 1000 is about gifts the prime minister allegedly illicitly received from businessman Arnon Milchan, but also includes suspicions that he tried to help Milchan sell his shares in Channel 10 and then invest in Channel 2.Case 2000 is about the horse-trading he did with Noni Mozes, publisher and owner of Yediot Aharonot. According to recordings obtained by the police, Netanyahu and Mozes allegedly discussed a deal under which the prime minister would get his friend Sheldon Adelson to cut down circulation of Israel Hayom, in exchange for Mozes giving Netanyahu more favorable coverage in Yediot.And now there is Case 4000, with allegations of a deal that in exchange for benefits to Bezeq, owner Shaul Elovitch would ensure that Netanyahu – who served as prime minister and communications minister at the same time – would get more favorable coverage on the Walla website, which Elovitch also owns.It’s almost a Greek tragedy. 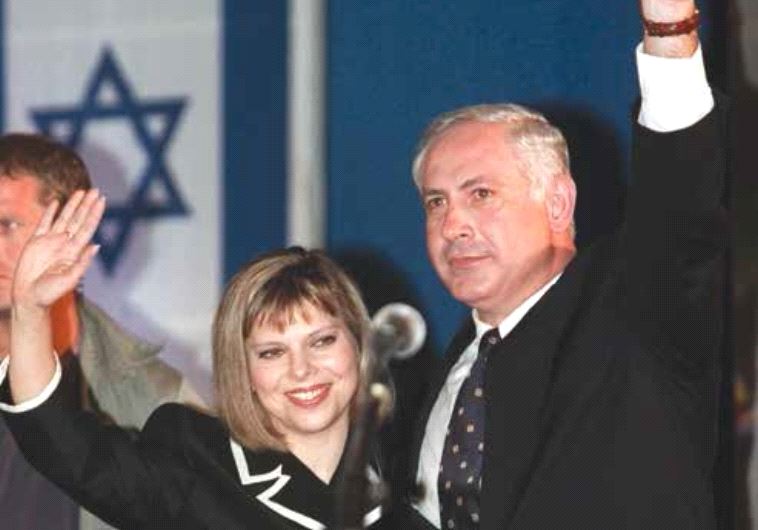 PM Benjamin Netanyahu and his wife, Sara, wave as they celebrate his election victory on June 2, 1996 (REUTERS)
BACK IN the 1980s when he was a young diplomat in Washington and New York, Netanyahu was the darling of the American media. He shined when appearing on Nightline with Ted Koppel, and knew how to get his message across with short sound bites the American press loves. During the 1991 Gulf War when he was deputy foreign minister, Netanyahu famously donned a gas mask during a CNN interview and gave Israelis a cause for celebration – finally, here was an Israeli politician who knew how to speak to the world in its own language.At the time, no one in Israel was better than Netanyahu at working the media. But now that mastery seems to have gotten the best of him.Netanyahu should have known better, but so should have the Israeli press. If the media are sincere about change, they too will need to go through some soul-searching and atonement to overcome the image portrayed by the investigations: a press run by men interested solely in financial gain, even if it means selling out their paper or website’s integrity.The conclusion that Netanyahu reached in 1999 is what led to the establishment of Israel Hayom in 2007, two years before he returned to power. But apparently, as the saying goes in Hebrew, with the taste comes the appetite. Netanyahu saw how a free newspaper that wrote only positively about him succeeded in changing public opinion. So why stop there? Why not try to take over more media, and have them serve the same cause? The media need to question where they went wrong. If the police suspicions are proven, then we are facing two cases of two different publishers who were willing to abandon ethical codes and moral standing to please a prime minister in exchange for financial gain.Mozes was allegedly supposed to benefit from a drop in Israel Hayom’s circulation as well as the suspension of its weekend edition; Elovitch was supposed to make money at Bezeq, in exchange for allegedly giving Netanyahu more positive coverage on his website. The media, according to these two owners, appear to be for sale to the highest bidder.What these owners allegedly did was an insult to their readers and their reporters, and for real change to occur, accountability is required. It is okay for publishers to want to make money – business interests have always played a role in news organizations’ decision-making. Different news platforms are also allowed to push an ideology. Nevertheless, there need to be limits on what is done in the pursuit of financial success.What is needed for this to work, though, are politicians who understand that there are limits to their power, and that they cannot control everything. Some things, they need to understand, cannot be touched.In Netanyahu’s case, what makes this whole affair even more astounding is that at the time that he was negotiating with Mozes and allegedly making deals with Elovitch, he was the most powerful politician in Israel. Since his return to politics in 2003, after a four-year hiatus, he has been elected prime minister three times. In March he will mark 12 years in total as prime minister. 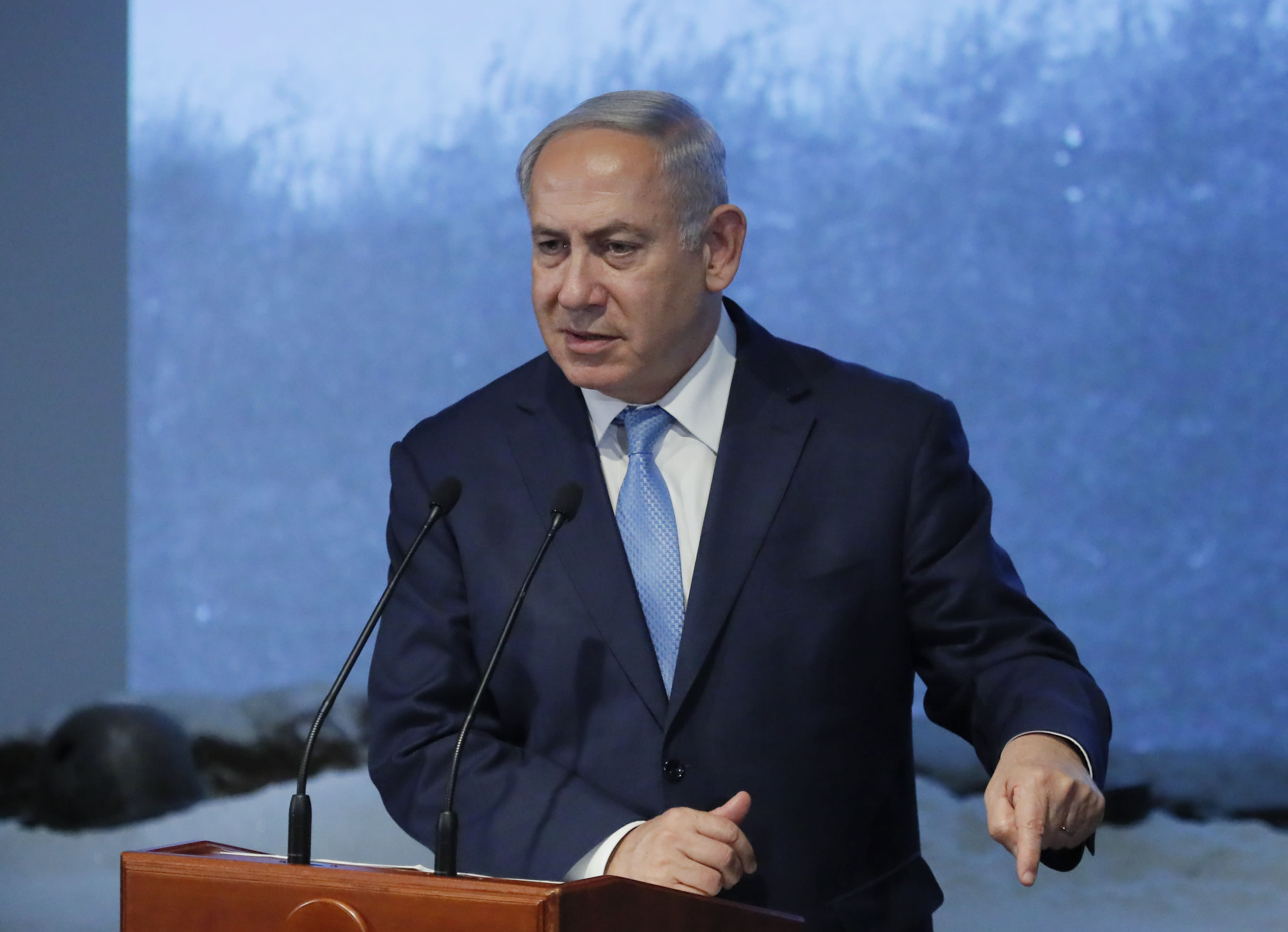 Benjamin Netanyahu delivers a speech during an event marking International Holocaust Remembrance Day at the Jewish Museum and Tolerance Centre in Moscow, Russia January 29, 2018. (REUTERS/MAXIM SHEMETOV)
EVEN NOW, despite the growing cloud of corruption around him, polls show that the Likud under Netanyahu would get more Knesset seats than a Likud without him. The people might think he is corrupt, but they can’t imagine him not being their leader.This, by the way, has been Netanyahu’s greatest political achievement: eliminating any potential contender within his own party, and then minimizing the value of other politicians from other parties to the point that Israelis have trouble imagining an Israel without him.This same thinking, though, provides part of the explanation for the mistakes that might end up bringing him down. When you begin to think you are the country and the country is you, you mistakenly think that everything is permitted and that there are no limits or boundaries. The problem is that there are.Israel was strong before Netanyahu and will be strong after Netanyahu. A country is not measured by a single leader, no matter how powerful he or she might be. Netanyahu and his associates seem to have forgotten that.The corruption scandals involving Netanyahu have caught up every part of Israel’s government and society. There is the media, the telecommunications industry, the submarines, Israel’s strategic relations with Germany, the Supreme Court and the office of the attorney-general, which according to the latest probe was allegedly offered to former judge Hila Gerstl on condition that she dismiss a case against Sara Netanyahu. Everything, if this turns out to be true, was apparently fair game for the Netanyahus.But there are also lessons here for the Supreme Court and particularly its president, Esther Hayut. Two years ago, when Gerstl allegedly heard the proposal via a friend of one of Netanyahu’s aides, all she did was confide in her good friend Hayut. The two judges did nothing more. They didn’t go to the attorney-general or call the police. Nothing.This is astonishing. Judges – and particularly Supreme Court justices – are meant to represent the highest moral authority in Israel. They are supposed to have a clean slate, impeccable character and the ability to put personal feelings aside when passing judgment. On the most basic level, they are supposed to be able to identify an alleged crime, especially one that hits them personally and directly in the face.But this time neither Gerstl nor Hayut took action. What were they thinking? That it would just go away? That the supposed wrongdoing would disappear? Next time a case comes before Hayut, the sides will legitimately be able to question her ability to identify right and wrong. For a court already attacked daily from across the political spectrum, this is not just bad, it’s sad.Can Israel put its house in order?