Over the years, I have found many parallels between feminism and Zionism. Both movements are daughters of the Enlightenment. 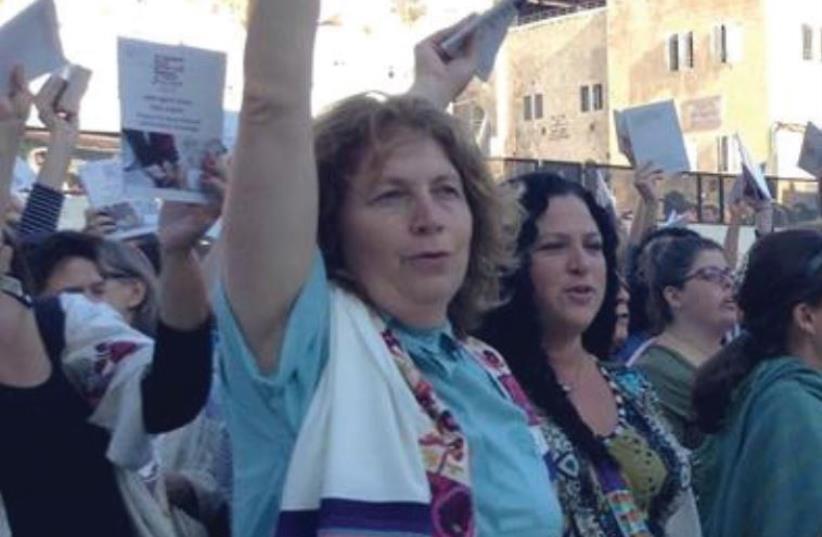 Women of the Wall
(photo credit: SHANA MEDEL)
Advertisement
Over the years, I have found many parallels between feminism and Zionism. Both movements are daughters of the Enlightenment.Through emancipation, empowerment and self-determination, both movements have revolutionized the lives of two of the world’s longest and most oppressed peoples.Both have made remarkable and previously unimaginable strides in the 20th century, but remain unfinished into the 21st. And both have become “stained” words.Both feminism and Zionism have been so transformative in upending long established power structures and prejudices that they could not but have faced a virulent backlash.Nowhere has the backlash been more apparent than the words that denote these two revolutions. These words have become so “stained” that even those who support their underlying political purpose – whether it be equal rights and opportunities for women and men or political self-determination for the Jewish people in their ancient homeland – feel at times uncomfortable to publicly identify as a feminists or Zionists.Women, and especially women in power, face unrelenting social pressures to avoid appearing ambitious, “bossy,” or feminist. In her book, Lean In, Sheryl Sandberg describes the well-intentioned advice she received to avoid taking up the cause of women’s empowerment, lest it reflect badly on her hard-earned position in the technology world. Zionism has suffered a similar fate. Recent research conducted separately by pollsters Frank Luntz in the United States and Stanley Greenberg in France has demonstrated the extent to which the word “Zionism” has become toxic, especially among liberal elites. As a result, well-intentioned PR professionals have come to recommend that those who seek to advocate for Israel refrain from using the word. Luntz himself said that there has to be an “end to the use of the word ‘Zionism’” because “you can’t make the case if you use that word.”But the mechanisms by which feminism and Zionism have acquired negative connotations have been neither innocent, innocuous, nor accidental.Since their inception, both have faced a purposeful and continuous effort to deprive them of their ideological force. For decades, Zionism has been subject to the relentless attack of the “placard strategy” – the mechanism by which Zionism is equated in placards, UN resolutions and media utterances with a litany of the world’s most negative words, from racism to genocide.Feminism has been painted as an affront to womanhood, an ideology of hatred toward men, and as the main barrier to a nice woman finding a man (though why a man who doesn’t view a woman as his equal is worth marrying at all should be the real question).The outcome has been to deprive both revolutions of vital support.Those who devised “the placard strategy” against Zionism understood, whether consciously or subconsciously, that the source of Israel’s strength is not its army, its economy or even its people, but rather the idea that has motivated its people to acts of great sacrifice and daring. They understood that just as the construction of Israel followed the inspiration of Zionism, the destruction of Israel becomes possible once Zionism is turned into something repellent. Those who have sought to drive a wedge between women and feminism could not but have noticed that if it were to achieve the support of more than half of the world’s population, feminism might succeed in transforming long-entrenched power relations.Therefore, nothing could be more dangerous to the cause of the empowerment of women and Jews than subscribing to the friendly advice of those who suggest that we abstain from using the words “feminism” and “Zionism” to identify themselves. To give up the use of these words is to play into the hands of those who hope to see both revolutions rolled back. To be a woman in power and to shy away from publicly identifying as a feminist is both ungrateful and a betrayal of the women who still hope that the revolution of feminism will one day improve their lives. To be a supporter of the rights of the Jewish people to self-determination in their homeland, and to try to defend this cause without using the word “Zionism” is to betray the spirit of the revolution and deny the cause of a true peace of equals between Jews and Arabs.Neither the revolution of feminism nor that of Zionism would have brought women and Jews this far if their leaders and supporters would have at any time heeded the “friendly” advice to refrain from identifying themselves with those causes. Even if some PR battles may be won this way, this is a classic instance of maybe winning a battle and definitely losing the war – a war that those who truly care about human progress  and liberty cannot afford to lose.