From China With ‘Ahava’

While BDS has barely registered any impact on the Israeli economy as a whole, it has negatively affected Ahava. 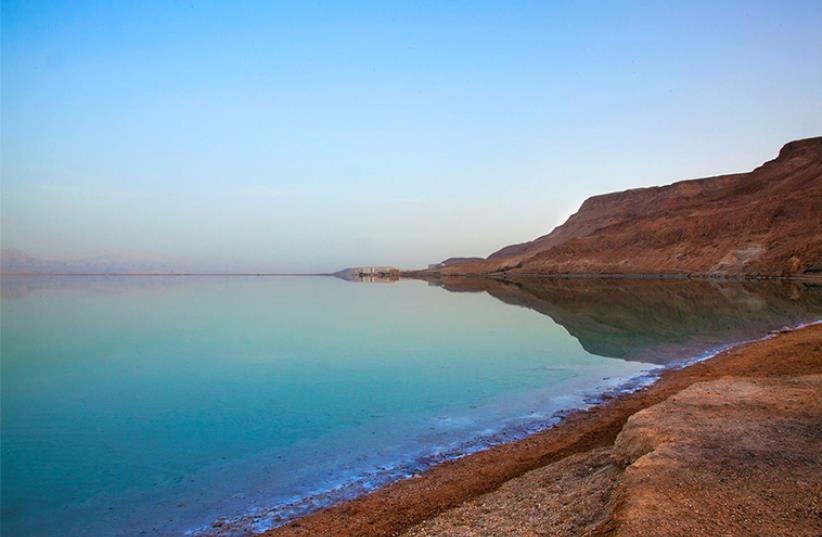 Ahava & BDS
(photo credit: AHAVA)
Advertisement
The purchase this week of Israeli skin-care products company Ahava by Chinese conglomerate Fosun for $77 million is small potatoes relative to the countries’ booming economic ties. Total annual trade between the two now exceeds $10 billion annually, and recent years have seen multi-billion dollar Chinese acquisitions of such major Israeli businesses as Makteshim-Agan and Tnuva.Yet the Ahava deal is significant for reasons that go beyond the strictly financial, and a closer examination reveals something very telling about Israel’s growing economic and political ties with China. That’s because Ahava, which extracts minerals from the Dead Sea for cosmetic use, has been a particular target in recent years of the pro-Palestinian Boycott, Divestment and Sanctions Movement (BDS).While BDS has barely registered any impact on the Israeli economy as a whole, it has negatively affected Ahava. Street protests forced the closure of the company’s flagship UK store in London in 2011, an incident that likely has stunted its retail prospects elsewhere in Europe.The Fosun deal “signifies that Ahava’s brand was so tainted because of the prolonged international boycott against them that they were unable to find investors in the United States or Europe,’’ BDS activist Nancy Kricorian told the pro-Palestinian website Electronic Intifada. Even if that were so, the BDS movement is going to find this a painfully Pyrrhic victory.Kricorian added that BDS will “continue pressuring Ahava” until its factory at the Mitzpe Shalem settlement is closed (the company recently announced it is building a second plant within the Green Line at Kibbutz Ein Gedi), and it ceases “pillaging mud from the Dead Sea’s occupied shores.”Good luck with that. “BDS doesn’t mean a thing to China, for good reason,’’ says Ilan Maor, managing director of SHENG-BDO Zvi Haft, which assists Israeli and Chinese companies doing business together. The Chinese are “not bothered by the noise around BDS,’’ he says, and their interest is focused on Ahava’s sales potential within the gigantic domestic Chinese market and elsewhere in Asia.It’s not that the Chinese are indifferent to the Palestinians; far from it. They strongly support Palestinian statehood in the UN and other international forums, and made clear to Prime Minister Benjamin Netanyahu in his 2014 China visit that this issue is not going off the table.But during that trip and afterwards I’ve heard from several experts on the Israel- China relationship that Beijing does not see its role as micro-managing every aspect of the Israeli-Palestinian conflict in the manner of the US and European Union, and views its growing economic investment in Israel in a different sphere than diplomatic issues.That’s one of the reasons Netanyahu and other Israeli officials are so enthusiastic about boosting trade and investment ties with China, sometimes explicitly framing them as a “pivot” from the EU market, where political issues such as the labeling of settlement products have increasingly come to the fore. Framed in this perspective, the Fosun acquisition of Ahava can definitely be marked down as a blow to BDS; from China with love, indeed.Yet let’s temper our enthusiasm, at least when examining Israel’s growing business ties to China in a broader economic and geopolitical framework. Even if China should overtake the EU as Israel’s biggest trading partner in the coming decades, Europe will still remain an indispensable market for this country’s trade, and like it or not, the Palestinian issue will be part of that equation.China can also never supplant the US’s importance to Israel either economically or as its key strategic partner, and Jerusalem will have to carefully weigh the impact of expanded ties with Beijing on its allies in Washington. Navigating that potential minefield won’t be an issue, as was amply demonstrated by the intense US pressure that put the kibosh on Israel’s botched sale to China of the Phalcon radar system in the early 2000s – a blunder that set back Israeli- Sino relations for several years.Israel also has to reckon with the fact that, even as it benefits from Chinese largesse, so do some of its worst enemies. China’s booming economy needs the Middle East’s energy exports, and just as Israel is looking east to avoid some of the political complications involved in economic ties to the West, so too does a nation like Iran. In January, Tehran and Beijing pledged to boost their trade to $600 billion within a decade, and China stands as a serious impediment in Israeli efforts to isolate Iran over its nuclear and hegemonic ambitions.This week, Ahava’s investors had good reason to find themselves happily in the Chinese tiger’s embrace. But figuring out how to best ride the tiger’s Middle East ambitions in the years to come will prove no easy puzzle to solve for either Israel, or its antagonists.The author is a former Israel bureau chief of Bloomberg News and a former managing editor of The Jerusalem Post.