Heroism and the upside of social media

Never before has there been such graphically detailed accounts of shocking events so readily available for all to see. 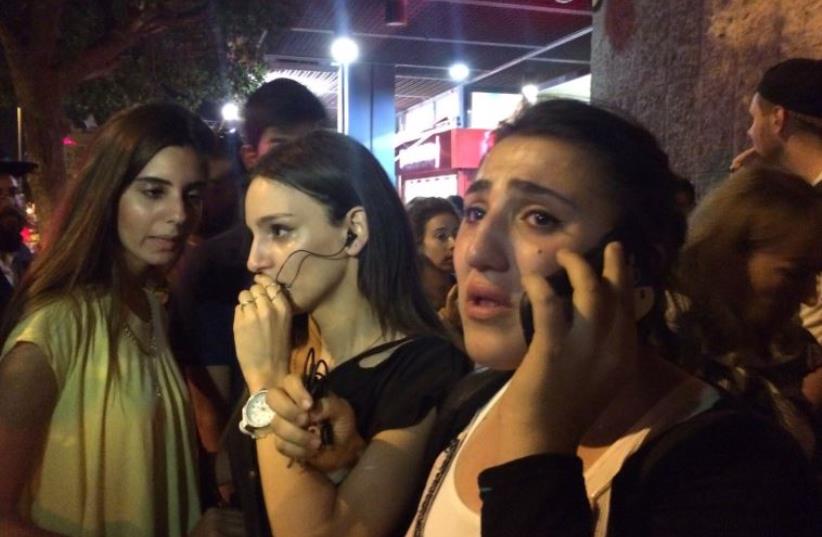 Scene of stabbing attack near Jerusalem Central Bus Station
(photo credit: SAM SOKOL)
Advertisement
For the past few weeks, young Palestinians and Israeli Arabs have been conducting a contagious campaign of terrorism, disseminated on Facebook and Twitter. Reports of riots, rock-throwing, fire-bombing and stabbings have become so frequent that regular TV broadcasting is barely able to flow uninterrupted by bulletins about additional attacks.The universal use of smartphones, coupled with social media savvy, distinguishes this wave of violence from previous wars in and against Israel, because it enables the filming of each and every incident in real time. And whereas the mainstream media is limited by military censorship, and by sensitivity to readers and viewers where showing bloody victims and dead bodies is concerned – and by consideration for the privacy of affected families – private citizens can get away with photographing and posting anything in their paths.As a result, never before has there been such graphically detailed accounts of shocking events so readily available for all to see.The downside of this phenomenon is obvious. There is something pornographic about footage of carnage. As is the case with the Islamic State (IS) videos of beheadings, the material is more worthy of snuff films than on-the-scene news coverage.Furthermore, the wider the circulation of the fear the terrorists are instilling in the Israeli public, and the more the perpetrators are shown to be “martyrs” for jihad, the greater the buzz created for potential recruits to the cause.But there is an upside to the eyewitness audio-visuals.In the first place, there is value in getting a glimpse into the gravity of an atrocity. Far too many political positions are based on abstract principles. Actual pictures of events can provide an extra, sometimes crucial, dimension to their nature.Secondly, evil is not the only thing that has been revealed in the amateur videography from the scenes of the terrorist attacks. Indeed, the quick-wittedness and professionalism of Israeli security forces has been on display, as has the resourcefulness and courage of the populace.Stories of the heroism of both abound. But three in particular are worth highlighting, for tear-jerking effect.One involves Assi Gabai, a shop owner in the Pisgat Ze’ev neighborhood of Jerusalem, where a stabbing attack on Monday left a 25-year-old man and 12-yearold boy critically injured. (The attack was carried out by two Arab boys, aged 13 and 15; one was killed and the other neutralized.) The Israeli boy was attacked, nearly fatally, while riding his bike. With multiple stab wounds to his upper body, he staggered to Gabai’s store. “Assi, save me! Assi, save me,” the child wailed.Both a neighborhood fixture and a friend of the boy’s father’s, Gabai grabbed a tarp – the only thing he could find fast to use as a tourniquet, to try to keep his friend’s son alive until the arrival of the paramedics. (The boy arrived at the Hadassah Medical Center on Mount Scopus clinically dead, but was revived and there has been a slight improvement in his condition.) Another tale is about Adi Eshet, a 45-year-old man who was returning with his wife from a shopping mall near Gan Shmuel, between Hadera and Afula in northern Israel, when he saw a teenage girl running and screaming at the top of her lungs.Though he did not have a clue what was going on, Eshet immediately stopped on the side of the highway to see if he could help her. When he got out of the car, however, he was unable to find her. Suddenly a terrorist was running towards him with a knife. Eshet kicked and tackled the young Arab, and in the process was stabbed in the arm and leg. Security forces arrived moments later.The young girl for whom he had stopped in the first place, 15-year-old Liat Naor, had been stabbed several times and arrived at the hospital in moderate condition.On Monday, there was a tearful reunion between Naor and Eshet.“How lucky you came along,” she said to Eshet and his wife, from her hospital bed.“Thank you for saving my daughter’s life,” her mother wept and hugged Eshet, who returned the embrace with his bandaged arm.Finally, there was the stabbing of a 70-year-old woman at the Central Bus Station in Jerusalem. In spite of the horror of the incident, the initial fear that a second terrorist was on the loose – and the trauma this entailed – as soon as the coast was deemed clear, a large group of commuters, strangers to one another, began to sing “Hatikva,” Israel’s national anthem, in unison.The Talmud says, “Kol yisrael arevim zeh le’ze” – “All Israel is responsible for one another.”Especially in times like these, Israelis adhere to this tenet. And thanks to smartphones and social media, it is given the documentation it deserves.The writer is a Tel Aviv-based author and columnist at Israel Hayom and The Algemeiner.