Hillel: In search of his courage and imagination

Where there should be courage and imagination, there is only timidity and fear. 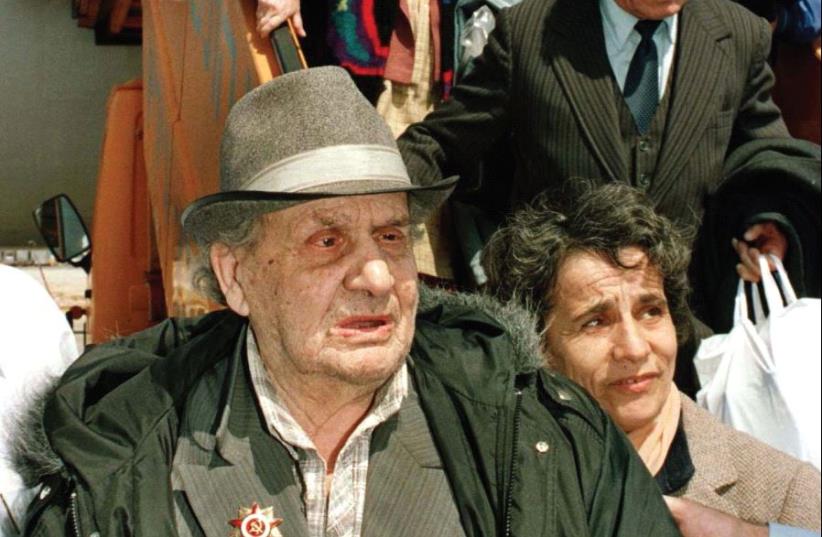 Soviet Jews arrive in Israel
(photo credit: REUTERS)
Advertisement
Hillel is one of Jewish history’s great figures, but his origins 2,000 years ago are shrouded in mystery. He made his way from Babylonia to the Land of Israel and established a school of interpretation of Jewish law that rivaled the academy of scholar Shammai. The School of Shammai was considered less flexible and illustrious than the School of Hillel. Hillel has been celebrated for his tolerance and patience, but he was much more than an ethical paragon. He was a thinker and jurist of imagination. That is lacking in today’s world of rabbis and religious thinkers in both the US and Israel. If only we could rediscover Hillel’s courage and imagination.One example of Hillel’s imagination and constructive way of dealing with the clashing ideals of Torah law and the reality of a living society was his institution of the “prozbul.” The Torah in Deuteronomy mandated that every seven years, debts due on personal loans be canceled. The Torah wanted to enact law that would support the poor – but it backfired. As the seventh year approached, lenders were hesitant to lend to the poor out of fear of default. Hillel found an ingenious way to preserve the integrity of Torah law and, at the same time, support the impoverished. Hillel’s prozbul was a document which transferred debts to the court. This way the Jew who took the loan paid it back through the court and the court would affirm the lender’s right to collect what was owed him. This was a courageous and imaginative way of maintaining the integrity of Torah law and meeting the needs of reality in a way that would improve society.Hillel’s courage and imagination are in great need today. I focus particularly on two issues: the aguna and the conversion of Jewish immigrants from the former USSR. The aguna is the “chained woman” – she wants a divorce from her husband but he refuses to grant it. Since the husband is the sole granter of the get, the Jewish writ of divorce, the rabbis tried to find ways to force him into granting the separation. But this is not always successful and those chained women who want to resume life, remarry and give birth to a new family are forbidden to do so.Sixty years ago, the Orthodox and Conservative movements of Judaism in the US were close to sealing a deal on an addendum to the marriage contract that would obligate a husband to grant the divorce. But problems in the civil courts and religious politics were too much for the two great minds who tried to prevent the aguna phenomenon – Saul Lieberman of the JTS Conservatives and Joseph Dov Soloveitchik of the YU Orthodox. They were sabotaged by traditionalists who did not want any recognition of non-Orthodox Judaism. What could have been a Hillel-like improvement of the world became victim to cowardice and lack of imagination. Is not the transfer of the debt to the court more radical than an addendum to a ketuba (Jewish marriage contract)? Where was Hillel when we needed him?Lack of courage and imagination is central to another issue that must be resolved. According to the Knesset’s Law of Return, the million immigrants from the former Soviet Union were all to be admitted to Israel as citizens because they had a Jewish ancestor. But Jewish law determines the religion of the child based on the religion of the mother. While most Russian Jews meet both the Law of Return and the halachic [Jewish legal] criteria, 250,000 of them do not and are in limbo. The Chief Rabbinate will accept the conversion of those in limbo – if they perform all 613 mitzvot.This is absurd. Most of us born as Jews according to halachic standards do not perform every commandment. Can’t we solve this issue with some imagination and courage and take into account that Russian Jews left their home to join their destiny with that of the Jewish People, defend the nation by serving in the IDF, and share the dangers of Hamas, Hezbollah and Iran. Hillel would have found a way to respect Torah law and, at the same time, deal with the realities of society. As Hillel had to deal with an existential and economic crisis that was not in the clouds, why can’t the rabbis of Israel enfranchise Russian Jews who, from a religious standpoint, are living in a nowhere land? Let us finally resolve “Who is a Jew?” If Hillel were here, halacha would be creative and realistic. Today we simply face cowardice and a rejection of any reinterpretations of Torah law because they are seen as leading down the slippery slope to secularism.Finally, if we had a modern Hillel, we would theologically grapple with the Holocaust and also make Jerusalem Day a real religious celebration. Forget about that now. Where there should be courage and imagination, there is only timidity and fear.The author is rabbi of Congregation Anshei Sholom in West Palm Beach, Florida.