UNIFIL is called an “interim” force, but it has been in Lebanon for 40 years. 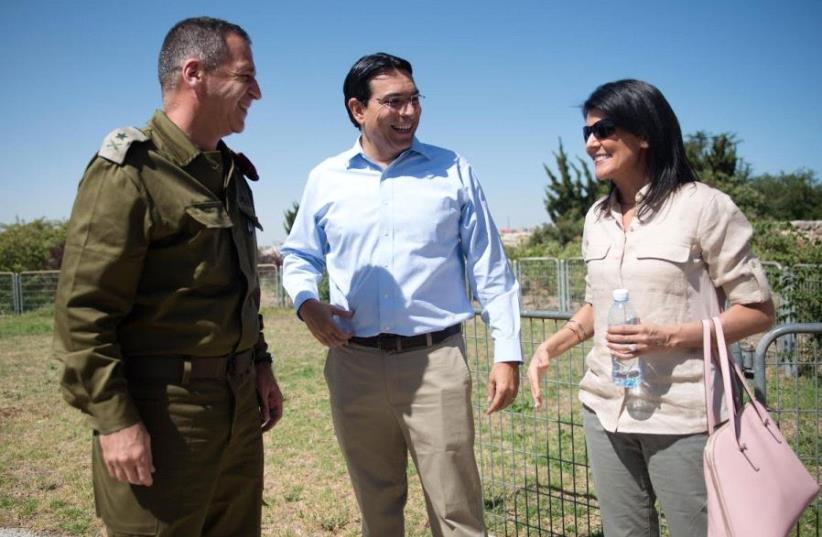 US Ambassador to the UN Nikki Haley in Israeli with Israel's Ambassador to the UN Danny Dannon and IDF Maj.-Gen. Aviv Kochavi
(photo credit: IDF SPOKESMAN’S UNIT)
Advertisement
It’s not every day that there’s good news to report from the United Nations. Last week, we got some good news, as the UN Security Council voted to significantly strengthen its efforts to stop the Hezbollah terrorists in southern Lebanon.The clouds of war have been gathering right under the nose of a UN peacekeeping force. At the direction of its Iranian patron, Hezbollah has amassed an arsenal of weapons and battle hardened fighters in southern Lebanon. The situation is dangerous, but an agreement reached in the Security Council last week might prove to be a turning point.Hezbollah has become so brazen that it conducted a media tour of its illegal fighters and weapons – reportedly inviting over 100 journalists to see its fighters show off weapons in a part of Lebanon where Hezbollah is not supposed to have any.In flagrant violation of UNSC resolutions, Hezbollah fighters posed with their guns and other weapons for the visiting journalists. One photographer said it looked like “Madame Tussaud’s with Hezbollah fighters.” But the UN force, known as UNIFIL, saw none of the weapons that the world’s media managed to photograph.UNIFIL is called an “interim” force, but it has been in Lebanon for 40 years. A key part of its mandate is to help the Lebanese government ensure there are no weapons outside of the government’s control in the area near Israel. It is a difficult task, but for too long, the peacekeeping force has been utterly failing at achieving this fundamental part of its mandate. Some of its leaders do not even acknowledge that there’s a problem.While UNIFIL has averted its eyes, Hezbollah has been preparing for war. By its own admission, Hezbollah is committed to the destruction of Israel. In recent times, it has doubled down on this commitment, massively increasing its supply of rockets, missiles and fighters. 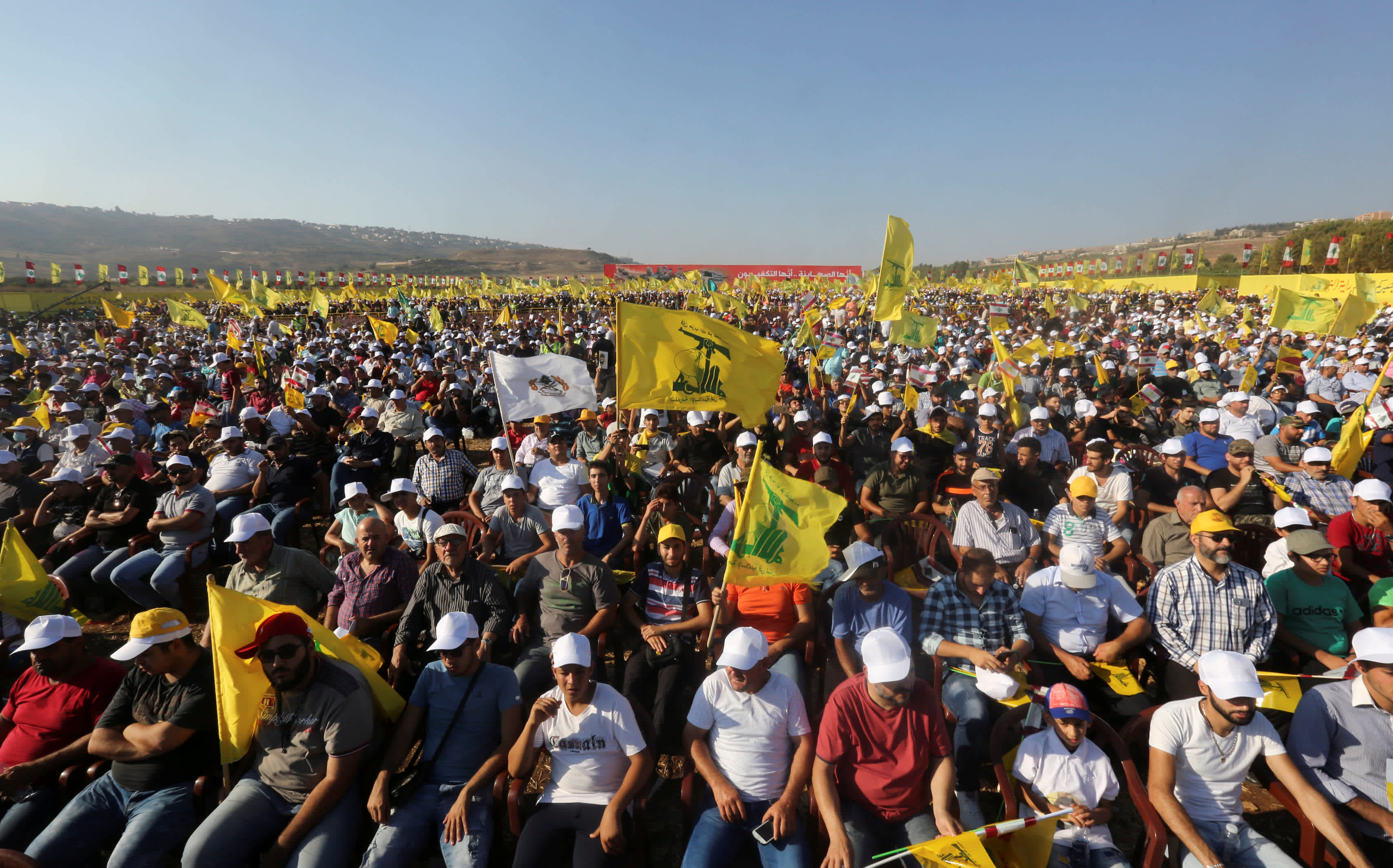 Supporters of Lebanon's Hezbollah leader Sayyed Hassan Nasrallah display Hezbollah flags during a rally marking the 11th anniversary of the end of Hezbollah's 2006 war with Israel, in the southern village of Khiam, Lebanon, August 13, 2017. (Reuters/Aziz Taher)UNIFIL has been given great authority to prevent Hezbollah’s illegal and hostile activity. The problem is, it hasn’t been using it. It has developed a kind of “hear no evil, see no evil” mentality.For example, UNIFIL sometimes runs into roadblocks when it’s patrolling southern Lebanon.Men in plain clothes suddenly appear, blocking the UN trucks, stealing their equipment and pelting them with rocks until they turn around and leave. Everyone knows who these guys are. It’s Hezbollah. Hezbollah doesn’t want UNIFIL to see what’s beyond these roadblocks. And UNIFIL usually turns around and leaves without reporting on who stopped them and why. UNIFIL doesn’t know what Hezbollah is hiding, and the world doesn’t hear why the patrols are being turned back.That status quo with UNIFIL was unacceptable, so the United States refused to accept it. Last week, when the peacekeeping mission’s mandate came up for renewal, we pushed for changes to make sure UNIFIL is doing its job – and, critically, when it’s prevented from doing its job, that we know about it.Following tense negotiations with just a day left before UNIFIL’s mandate expired, we reached agreement in the Security Council on a series of changes to how the mission will operate.A PEACEKEEPER of the United Nations Interim Force in Lebanon (UNIFIL) stands at a lookout point in the village of Adaisseh near the Lebanese-Israeli border. (REUTERS/Karamallah Daher)Our changes will make UNIFIL step up its patrols and inspections which will help disrupt Hezbollah’s illegal activity. UNIFIL will now enhance its visible presence on the ground and its ability to detect and deter incoming fighters and weapons.Most importantly, our changes require UNIFIL to report when it is prevented from seeing something it wants to inspect. From now on, when the peacekeepers encounter a Hezbollah roadblock, they have to tell us the details of where, when and why they got stopped. This transparency will put an end to the ignorance about what’s really going on in southern Lebanon. When UNIFIL is prevented from doing its job, the Security Council will know about it. And if the UN refuses to act on this information, the world will know about it.For the United States, this is a time for strength, resolve and accountability at the United Nations.That’s what our effort at strengthening UNIFIL was all about.This is an important step, but there is much more to do. As the proxy for the outlaw Iranian regime, Hezbollah will not give up its terrorist goals. But just as Hezbollah is stepping up its efforts, the United States, and now the United Nations, are stepping up our efforts against them.

The author is US ambassador to the United Nations.