Iran and Israel could have a good relationship - opinion

The strong and rich relationship between Iran and Israel goes back to ancient times, to the era of King Cyrus.

Iran and Israel can boast a unique and exceptional socio-historic and cultural relationship going back over 2,500 years and many Iranians and Israelis believe that this very rich common background is capable of changing the face of the Middle East in the first decades of the 21st century, and also of changing the political atmosphere in the future to the benefit of both nations.

The burning desire for peace among many in the Middle East is threatened by groups of terrorists doing their utmost to undermine peace. Iran as a key country can play an important role, but under which leadership? Sooner or later the Shi’ite clergy and their evil ideas will be swept away by a younger generation of Iranians. The foundations for the strong intercultural bridge between Iran and Israel must be laid as soon as possible because change in Iran is very close.

The strong and rich relationship between Iran and Israel goes back to ancient times, to the era of King Cyrus, who allowed the Jews to return home to build the Temple. There are several warm references in the Bible with respect to Cyrus and the Iranians (in Isaiah, Daniel and Chronicles). Many distinguished Iranian scholars assert that only the Iranian-Jewish communities cared for and cherished the pre-Islamic Iranian culture and language.

After the Arab-Islamic invasion (638 AD) the situation changed, but there were several outstanding examples like the Jewish army commanders Rashid-al-Din Fazl-Allah and Saad al Dowleh and Shams al Dowleh (1231-1336) and many others. Prior to the Pahlavi dynasty (1925-1979) the relationship between the Iranian and the Jewish communities was not so good, but a real transformation took place during this period.

Official and formal diplomatic ties between the two countries began in 1950 and ushered in a fruitful period of cooperation and development. In January 1979 the new rulers kicked out the Angel of Freedom, whereas 40 million young Iranians wanted to bring her back to the country. 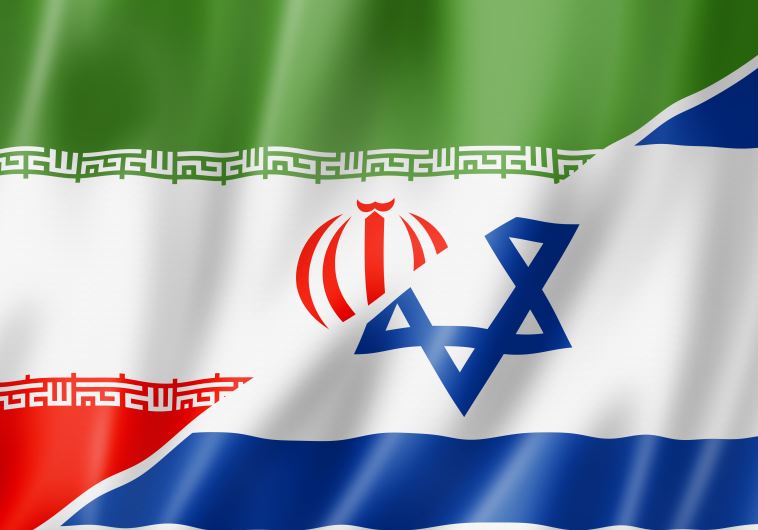 The more the regime intensifies its anti-Western and anti-Israel propaganda so the Iranian people are becoming more pro-Western and pro-Israel. They are deeply convinced that whatever they hear from the regime’s representatives they just interpret as the opposite.

Consequently, pro-Western ideas and respect and admiration for Israel are growing daily in the hearts of the people. Their daily actions, communications with external mass media, written material by journalists or student slogans, speak for themselves.

Many Iranians are opening their eyes and minds and criticizing the regime. They are proud to be the friend of the only democracy in the Middle East and they want to clearly and openly declare their deep relationship with the twin sister in the area, a relationship based on the history of the two nations.

What Iran can offer Israel

Iran, as one of the largest countries in the Middle East, with a population of 75 million, has the potential to be one of the best friends of Israel in the world. Such a bilateral friendship could greatly benefit both sides, and together with the warm relations with Turkey and Central Asian countries, it would certainly transform the current ugly political situation in the region.

In the future, Iran can be responsive to many of Israel’s desires and needs, such as oil and many other mineral resources. Iran’s prominent position in OPEC and other international bodies will of course make it a serious supporter of Israeli foreign policy.

The future Iranian generation’s appetite for peace is stronger than for war. In a calm atmosphere without any regional tension, Iran will certainly open its gates to Israeli expertise in the oil field and other technical areas to benefit from its know-how and cooperation.

What Israel can offer Iran

Global cooperation and a harmonious relationship between Iran and Israel will transform the market on both sides. The beneficiaries of such a transformation will not only be big businesses and corporations, but also ordinary people in both countries. Statistics and research will show how commercial development (technology imported from Israel to Iran) will rapidly change the face of Iranian society.

The markets in Iran are especially thirsting for new high technology. Jewish businessmen and companies in the West will also be encouraged to do their share in meeting Iran’s technological needs.

Teams of Israeli experts will come to Iran to help the local people manufacture, renovate and rebuild all of Iran’s rotting and ruined machinery. There is a tremendous variety of needs to be addressed, from education, banking, military and security to commercial, industry, agriculture and farming, from food to medicine, research, university and sport.

Iranians still enthusiastically recall the city of Ghazvin in the north of Iran completely demolished by an earthquake in 1963 and rebuilt by Israeli experts, and such experience will help people on both sides. The powerful standing of Israel in the international mass media will help the Iranian people to cleanse the harshly negative reputation gained during the Islamic Revolution years.

The relationship with Israel will also provide new avenues for marketing Iranian oil, and Israeli technicians will be most welcome to help solve the great problems in Iran such as gas and water pipelines, telephone communication, electricity, dams, roads, transport and numerous other neglected or undeveloped projects.

Bilateral cooperation between Iran and Israel

It is the author’s sincere view, based on his personal, social and academic experience, that those who wish for a secure future for both nations in a prosperous and peaceful Middle East have no option but to welcome and foster close ties between the two nations. Such a desire is not an empty hope but could be a practical path leading to a brighter world.

Iranians will welcome and be proud of a strong relationship with Israel, the only democracy in the Middle East and one of the world leaders in hi-tech, medical advancement and agricultural production. Conversely, to have a strong friend and ally in the region with the richest oil and mineral resources and an open-handed government and open-minded population will represent a great opportunity for Israel.

Such an ambition is easily expandable to the Central Asian countries, as well as Turkey and India. Why India? Parsees in India are the Iranians who left Iran 14 centuries ago after the Arab-Muslim invasion of Iran.

They are now among the most aristocratic and upper class of Indian society and administration. A large group of Iranian intellectuals (both inside and outside the country) are working to enable the Parsees in exile to return to their old home just as the Jewish communities after 2,000 years came back home from the Diaspora.

For the past two centuries, Westerners have been the avant-garde of liberty and social freedom, but at the same time, they are also the slaves of their benefits. Iran has no option but to have a global relationship with the West.

A strong relationship with Israel will benefit Iran in two ways: on the one hand, Israel is a clear symbol of the West with high ability, and on the other hand, is full of warm Eastern mentality. In addition, Israel has a deep historical and cultural affiliation with Iran.

To cement this future wide-ranging relationship we propose:

1. A new bilateral legal system in both countries, based on solidarity, ancient historical friendship and a productive global relationship (political, economic, social, cultural, military, security), and answering the requirements of the 21st century.

2. Developing university-standard visits and research, educational exchanges, bilateral scholarships at different levels, according to the priorities and requirements of both countries.

3. Increased collaboration in journalism and the mass media, including regularly organized meetings.

4. Bilateral development of artistic, sport, tourism and other social events. The holding of seminars, conferences and exhibitions in the spheres of culture, industry and agriculture and inventions, with the aim of improving the knowledge of the nations about each other.

5. Development of marketing on both sides for commerce and trade in the private and public sectors. Minimizing the bureaucratic complications and maximizing the facilities in customs, taxes, insurance and transport.

6. Consolidating cooperation between Iran and Israel in the areas of police, army and security, including mutual research and exchanges in this area.

Both nations, the Iranians in particular, have never been so aware as they are today of the positive and beneficial consequences of their close relationship and historic friendship, but there are still many who must be made aware of it.

The writer is founder of the Peace and Love Movement for Iranian expatriates in Israel and throughout the world.