While there are many mitigating factors in Israel against the outbreak of an American-size opioid epidemic, we must be vigilant. 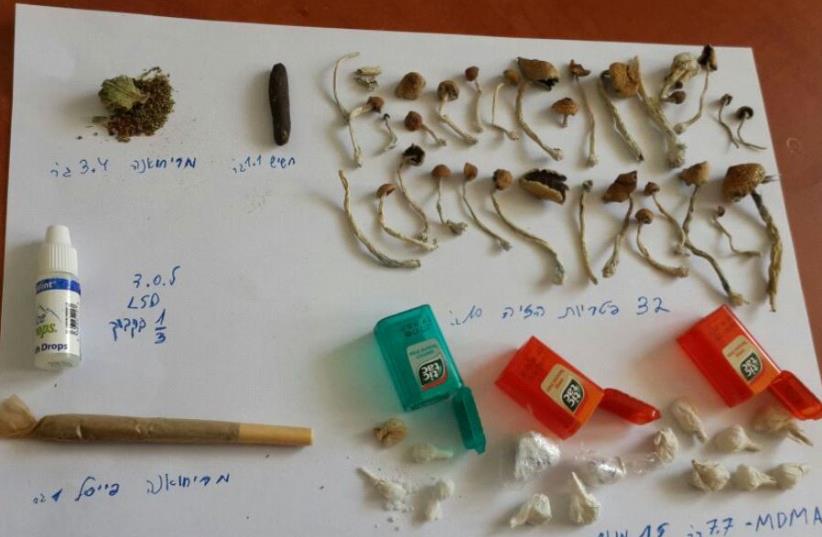 Drugs confiscated by Israel Police
(photo credit: COURTESY ISRAEL POLICE)
Advertisement
Is Israel facing an American-like opioid crisis? Or, as Ariel Dominique Hendelman asked in a feature titled “Israel’s own opioid crisis” in The Jerusalem Post Magazine this weekend: Do Americans who move to Israel out of Zionist convictions and to become closer to God also bring with them their personal history and culture – including their opioid drug addictions? The evidence is inconclusive. There are indications that the problem has not skipped Israel altogether. Eric Levitz, executive director of the AZ House in Pisgat Ze’ev, told the Post’s Hendelman that fentanyl and oxycodone addiction are “the biggest problems in Jerusalem.”The AZ house is an all-male residential therapeutic community – many of whose residents are American expats or children of Americans who immigrated – that is completely free of charge. Most of its patients are young men from religious or haredi (ultra-Orthodox) backgrounds.Last year, the Health Ministry’s Department for the Treatment of Substance Abuse noted a 150% spike in addictions to opioids over the past five years. Paola Rosca, head of the department, told the Post’s Tel Aviv reporter Daniel Eisenbud that roughly 20% of approximately 250,000 Israeli patients annually prescribed opioids – primarily for chronic pain – become addicted. Rosca said the ministry is dealing with a “crisis.”In contrast, research published at the end of 2017 in the scientific journal European Addiction Research found that not only had the opioid epidemic missed Israel, but that the number of deaths as a result of opioids, which is low to begin with, has been dropping.Also, Nir Oren, who runs the youth program for ages 14 to 19 in Givat Shemesh’s Retorno, the largest Jewish drug rehabilitation facility in the world, told Hendelman that most of the young people he deals with suffer from marijuana addiction and alcohol abuse. Opioid use, he said, is marginal at best.So which is it? Clearly there are factors unique to Israel that mitigate against a widespread opioid epidemic. First, Israel’s economic downturn as a result of the 2009 economic crisis was not as pronounced as America’s. High poverty levels, especially among the Arab and haredi problem, has been a problem for a long time. But the sudden upheaval experienced in the US – particularly by the white working class as a result of globalization – was more severe than anything that hit Israeli society.Another reason Israel’s – and for that matter Europe’s – opioid crisis is not nearly as bad as America’s has to do with the health system. Though we normally argue in favor of greater capitalism and more market freedom, the opioid epidemic demonstrates how dangerous unregulated drug markets can be.It turns out Israel’s centralized and heavily regulated health system is a blessing. It makes it easier to track drug use. Patients are less able to go “doctor-shopping,” and doctors are under stricter supervision from the kupot holim, the health funds, which have the power to enforce directives limiting prescriptions for opioids.In contrast, medicine in America is driven more by market forces. Doctors have an incentive to “please” patients by treating pain more aggressively, even if in the process they wind up causing addiction. Administering opioids more liberally is a way to attract more patients. Patients, meanwhile, behave more like consumers who demand immediate gratification. And drug companies also advertise their drugs directly to patients.Israel has also been quick to integrate the use of cannabis as a safer painkiller than opioids. Since 2008, medical cannabis has been an approved drug. Surveys have shown how medical marijuana has helped reduce the use of opioids and thus lower the level of opioid addiction in America.Finally, Israelis seem to view pain as a part of life and do not demand complete relief. While prescription of opioids to women after giving birth is common in the US, it is practically unheard of in Israel.While there are many mitigating factors in Israel against the outbreak of an American-size opioid epidemic, we must be vigilant. Careful regulation of the use of opioids combined with the introduction of safer options – first and foremost cannabis – are important steps that need to be taken to ensure that Israel avoids its own opioid crisis.