How does this tiny nation in one of the world's toughest neighborhoods manage to be so innovative and entrepreneurial? 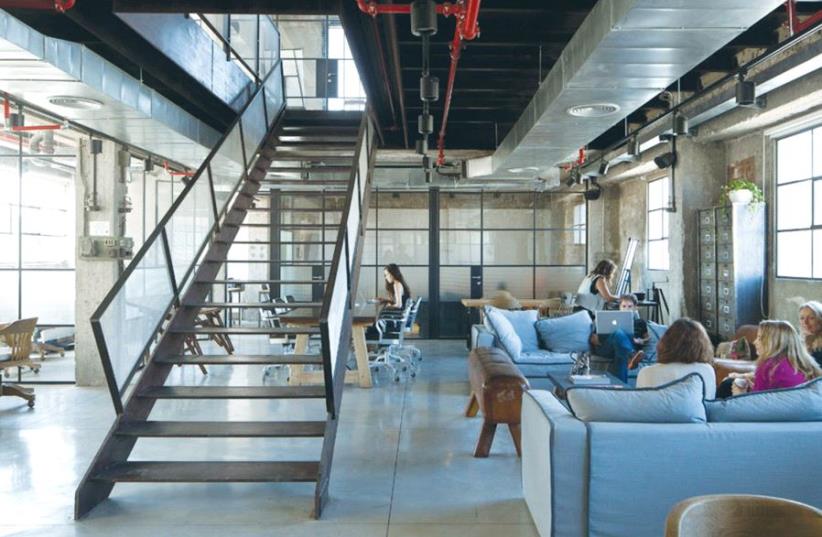 SOSA, also known as the Global Network of Tech Innovation, will be leading the effort to transform Israel into a ‘ConstrucTech Hub’ in partnership with the Economy Ministry, the Construction Ministry and the Israel Builders Association.
(photo credit: Courtesy)
Advertisement
Israel has been renowned as the Start-Up Nation, punching above its weight for a country with a population of less than nine million people. Remarkably, it has become a hi-tech powerhouse over the past several decades, sprouting from a socialist economy relying upon US aid, tourism, and agricultural exports into a hotbed of entrepreneurship and innovation. The flourishing tech sector continues to expand and diversify. How does this tiny nation in one of the world's toughest neighborhoods manage to be so innovative and entrepreneurial? Perhaps Israel best exemplifies what the late Julian Simon, an optimistic economist, pinpointed: “The ultimate resource is people - skilled, spirited, and hopeful people who will exert their wills and imaginations for their own benefit as well as in a spirit of faith and social concern. Inevitably they will benefit not only themselves but the rest of us as well.”Equally notable is that despite the constant threat of war with hostile neighbors, terrorist activity and diplomatic hurdles, Israel has advanced economic freedom. Ron Dermer, Israel’s ambassador to the United States, once noted that one of the main recipes to Israel’s economic success today was moving away from the socialist system on which the nation was founded and embracing capitalism.As a matter of fact, according to the recently released Heritage Foundation’s 2020 Index of Economic Freedom, a cross-country policy guidebook that tracks free market policies: “Israel’s economic freedom score is 74.0, making its economy the 26th freest in the 2020 Index. Its overall score has increased by 1.2 points, with the country’s overall score is well above the regional and world averages…. The Israeli economy has risen higher in the mostly free category for the third year in a row.” That performance has been mirrored by healthy GDP growth. Benefiting from an increasingly diversified productive base and ongoing structural reforms, the economy has grown over 3% annually over the past five years. More specifically, Israel’s openness to global commerce has been an important factor in promoting innovation and productivity growth. The relatively sound judicial framework that sustains the rule of law and provides consistent protection for property rights has also contributed to economic stability and long-term competitiveness.The small but capable Israeli economy has charted an upward trajectory of economic freedom over the past 26 years, reaching its highest level ever in the 2020 Index. The country is striving to be a scale-up nation, and more market-based reforms will facilitate its progress toward greater economic freedom and entrepreneurial dynamism.Vibrant entrepreneurial growth is not only vital to Israel’s resilience, but also an important element in its overall security, which has been reinforced by the long-standing trade and investment bonds between the United States and Israel. In fact, Israel is a partner to the oldest US free trade agreement. Since the implementation of the US-Israel Free Trade Agreement on September 1, 1985, by then-president Ronald Reagan and prime minister Shimon Peres, two-way goods-and-services trade between the two free-market democracies has multiplied 10-fold to around $50 billion. The trade pact between the two like-minded nations is a pragmatic symbol of shared values of freedom, opportunity and prosperity.The late Milton Friedman once urged Israeli policymakers to “set your people free” and liberalize the economy. Obviously, they did not discard the American economist’s advice as Israel has moved toward greater economic freedom. The writer is editor of the Index of Economic Freedom, and research manager at the Center for International Trade and Economics (CITE) at the Heritage Foundation (heritage.org).