Despite the complaints, at the end of the day, most of us have a reason to believe that we are living in a special place and in a special time. 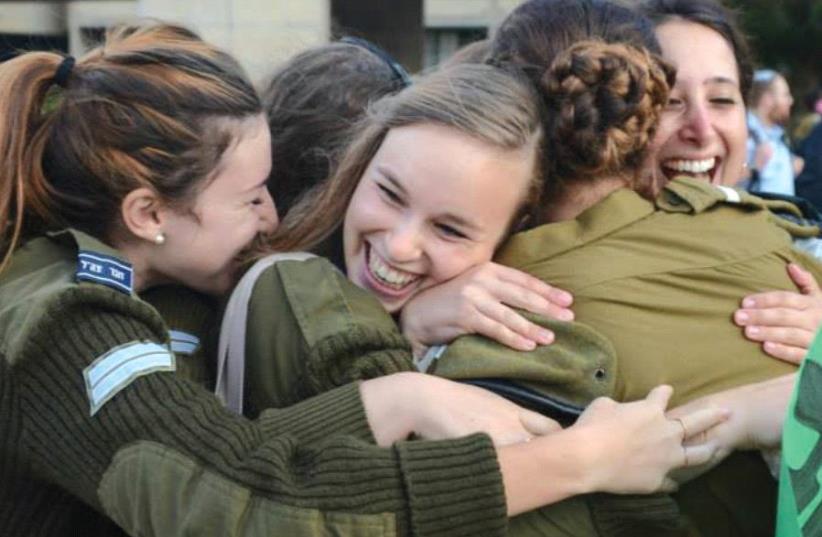 ‘The planned Jerusalem housing facility will reflect our commitment to support female soldiers, minimizing their hardship and expressing the gratitude of the Jewish people in Israel and the Diaspora.’
(photo credit: ALEXI ROSENFELD)
Advertisement
Do we have the right to be happy? According to the World Happiness Report published in March by the UN Sustainable Development Solutions Network and the Earth Institute at Columbia University, Israel is the 11th-happiest country in the world in 2017 for the fourth year running.That puts us up there in the idyllic company of Norway, Denmark, Iceland and Canada, and ahead of countries like the United States (14) and England (18).And a poll released Sunday by the Israel Democracy Institute has 74% of Israeli Jews saying their personal situation is good or very good, with Israeli Arabs not far behind at almost 57% The packed cafes, restaurants and bars frequented day and night in the country’s major cities bear testimony that we’re a people that knows how to have fun. We’re able to compartmentalize the myriad of troubling issues that remain unsolved – from the territorial struggle with the Palestinians to economic malaise to the size of classrooms – and simply celebrate our existence.We can bitch with the best of them... Bibi this and Bibi that... but at the end of the day, most of us have a reason to believe that we are living in a special place and in a special time.At 69, our national culture is so multi-faceted that there is no longer one label that can be pegged “Israeli.” Is it the self-confident 23-year-old army veteran world-traveler who is the first to solve a problem for a group of hikers in the Himalayas? Or is it the family of loudmouths who steal the towels from the Cyprus all-included hotel package? Is it the tikkun olam outreach that we expertly provide around the world or the organized crime families controlling commerce and increasing cases of violent crimes against women? They’re all Israeli. And just as we can’t choose our own family, we accept them as diverse sides of ourselves as we try to bolster the good sides and reduce the bad.That’s the inherent contradiction of modern Israel, and the way we’ve managed to cope with it is by mixing it all together, stirring once, creating a start-up and going out for some hummus.Sixty-nine years have seen a breathtaking rate of development and advancement in virtually every sphere, and there’s a lot to be proud of.But there’s even more work to do. People and organizations from all sides of the social and political spectrum – from the Movement for Quality Government to Regavim to B’Tselem – are passionately working toward what they think needs to be done to push the country forward. There’s a lot of contradiction there too. One person’s notion of the direction Israel should go does not necessarily sit neatly alongside another’s.Fifty years since the Six Day War, we’re no closer to resolving the ongoing dispute with the Palestinians.At best, we’ve achieved the dubious corporate board room euphemism of “managing the conflict.”Most Israelis are shielded from the everyday indignities and discrimination absorbed by the Palestinian non-citizens of the West Bank. And nobody knows what to do about the disaster in Gaza. Lone-wolf attacks are regular reminders that we are still not living a normal existence, and won’t until a critical mass of Israelis and Palestinians demand it.Sixty-nine years and we still don’t have recognized borders. And there are those who still don’t want us to be here at all.So why are we so happy? It could be a case of ignoring the coming storm, whistling in the dark or sticking our heads in the sand. Or it could be that – born out of the ashes of the Holocaust, absorbing Jews from around the world, suffering through ongoing wars, clashes and terrorism and arriving battered, but strong and vibrant at 69 – we realize that there’s no deadline to solving all of the problems that face us.Creating and maintaining statehood has proven to be a thornier mission than our founding fathers probably anticipated. But at 69, Israelis have shown a feisty resilience that combines stubbornness, optimism, arrogance, idealism and pragmatism in equal measure.It sounds like the perfect recipe for happiness.