It’s not about the money

Recently, we have revisited the question of the efficacy of such prizes. 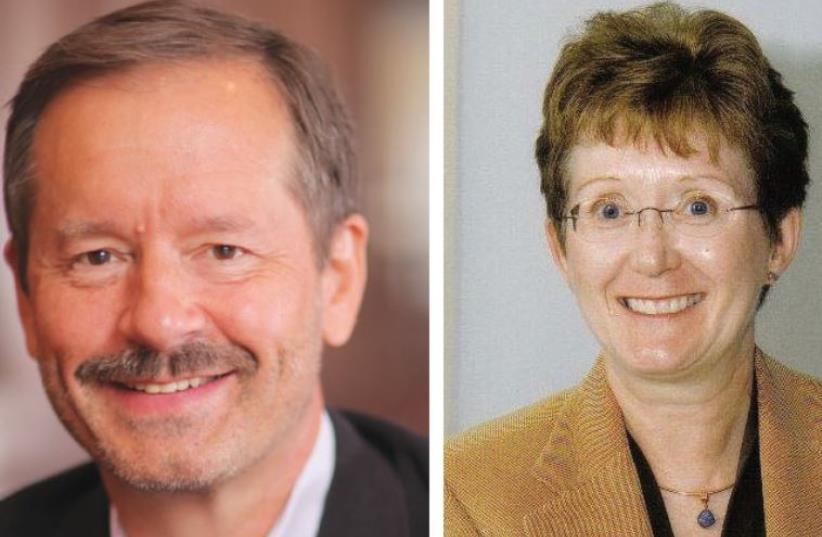 Wolf Prize laureates Prof. Trudy Frances Charlene Mackay (R) and Lewis Cantley, from Weill Cornell Medical College
(photo credit: Courtesy)
Advertisement
Do the new, big-money science prizes work? ...Are these prizes necessary or useful?” asks L. M. Krauss (The New Yorker, February 3, 2016) as he plunges into a vast description of various prizes that have been established during recent years, awarded to scientists in different fields.Before we can answer this question, we must ask ourselves – necessary or useful for what? Like the Cheshire cat, we must understand which way we are going, or in other words – what is, or at least should be, our main goal when we award prizes.Israel’s Wolf Foundation, which I have the honor to be part of, has been awarding the international Wolf Prizes in sciences and arts since 1978. It is considered one of the world’s most important prizes.For almost four decades, regardless of nationality, gender, religion, age or political view, more than 300 outstanding humans from around the globe have received the Wolf Prize.The process of search and award is extensive. Laureates are chosen by international committees through a meticulous, year-long process, with one major criterion: they are renowned scientists and artists of excellent achievements, who have devoted their lives to the benefit of mankind.In equivalent fields, one third of them have gone on to receive the Nobel prize. Compared to some more recent prizes, the money awarded by the Wolf Foundation is extremely humble: $100,000 per field, which is shared if the juries decide that there is more than one laureate in the field in a given year.But the prestige of a prize isn’t set by the size of the check: it’s determined by the club that you join, or in other words the professional level and achievements of the laureates.In this respect, the new prizes still need to build their stature.Recently, we have revisited the question of the efficacy of such prizes.Clearly, none of our laureates set out on a demanding, decades-long career to receive a prize. The vast majority of them, especially in science, remain fairly anonymous to the general public, so their glory and celebrity remains within the milieu of science. The Wolf Foundation governance is comprised of leading academic and professional figures from a wide variety of disciplines, and none of them is in the business of distributing money for the sake of it. So what is the importance of awarding prizes, year after year? The answer is simple: education.During the past years, the Wolf Foundation has been investing a substantial amount of energy and resources in creating a wide variety of educational activities, utilizing the knowledge and excellence-driven personalities of our laureates to achieve one major goal – actively stating to the next generation of young scientists and artists that this kind of human activity is what we recognize and reward, this is what we would like our society to discuss, appreciate and support, these are our role models. Every year, hundreds of young researchers, artists, high school students, teachers, industry developers and more meet with our laureates in seminars, conferences, round-table discussions and other special events. They learn from them, they deal with major issues, they ask questions and debate – and they are inspired by them.“I have been asking myself what kind of life I will have as a researcher, he really walked me through it,” “It’s hard work, but so interesting!,” “The fact that she has dealt with some of the issues I am facing encouraged me” and even “Amazing! He’s a scientist but he also plays the guitar with his own band!” are a handful of the many reactions we hear from participants.And they come back. Every year, we see a growing crowd of young people coming to have meaningful discussions and meetings with our laureates. Some even take selfies, proving that they actually met a source of inspiration. Some of them may grow to become the next generation of leading scientists and artists, but the majority will grow to become literate citizens, who not only understand the importance of human excellence and creativity – but support and make sure, in their own way, that they continue. That’s what the “for the benefit of mankind” in our logo stands for.So are prizes necessary or useful? A prize in itself is not the goal, rather it should be a tool of value clarification and cultural development.Huge awards aren’t the answer, an accompanying system of educational creativity is. If the new mega-prizes such as the Breakthrough Prize invest thought, money and action in the ongoing aspects of wisely utilizing their awardees and what they stand for, they will, as Krauss requests, “work.”