Right now the rabbinate is widening the gulf between Israel and the Jewish people. 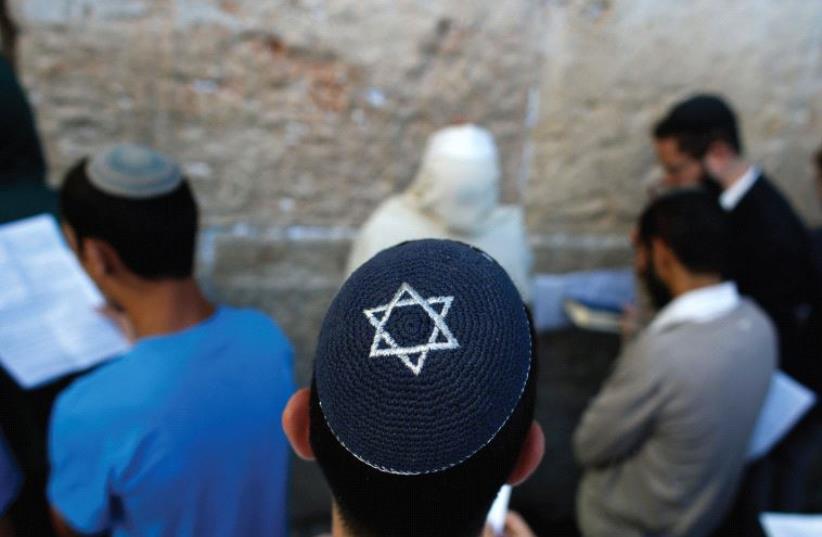 LET THEM feel welcome. The author argues that the Israel rabbinate’s behavior is unhalachic and Jews are suffering as a result.
(photo credit: REUTERS)
Advertisement
Ever since the story of the Israeli rabbinate’s rejection of Orthodox conversions certified by the Beth Din of America was made public, the substance of the story has been subjected to the spin of various groups. Having been confronted with hard evidence that at least two mid-level employees of the rabbinate refused to recommend conversions certified by Rabbi Gedalia Dov Schwartz, the Rabbinical Council of America issued a press release calling the rabbinate’s behavior a disgrace, Chief Rabbi David Lau leaked a letter from his office to Rabbi Itamar Tubul, who heads the Chief Rabbinate’s personal status division, stating that he believes the conversions are kosher, and social media is full of messages going back and forth about the future of the rabbinate.While all the spin is to be expected, it ultimately ignores a basic problem: the rabbinate’s behavior is unhalachic and people are suffering because of it.Let me focus on Rabbi Lau’s leaked letter. The headline in Jewish publications around the world read “Israeli Chief Rabbi endorses to US Rabbi’s Conversions.” There are three points that need to be made about this endorsement. The first is that such an endorsement is too little, too late. It hasn’t helped nor will it help the individuals whose status is still pending. This past summer, Rabbi Lau also endorsed the conversions of Rabbi Haskel Lookstein – whose conversions were thrown into question by the Petah Tikva rabbinical court – but wasn’t willing to use his office to guarantee that the rabbinate would accept them automatically.Secondly, Rabbi Lau hasn’t reached out to any of the individuals whose conversions were questioned, to reassure them about their status. This also didn’t happen in the case of Rabbi Lookstein’s convert, who was brought before the supreme rabbinical court and ultimately had to reconvert – albeit in a pseudo-conversion ceremony.But most importantly, Rabbi Lau’s letter doesn’t seem to take into account the environment that has been created over the past decade that basically says to converts, “You have to re-prove your Jewishness when standing before the rabbinate.” This story is not about a specific rabbi’s certifications or conversions, but rather the fact that the rabbinate’s policy of “checking everyone” is antithetical to traditional Jewish values and the Halacha. Converts are meant to be protected and embraced, not humiliated. The rabbinate – in the name of protecting the Jewishness of Israel – is actually violating halachic norms regularly, and has demonstrated incredible disdain for tens of thousands of Jews by choice.Two things need to happen immediately. Firstly, the rabbinate – with Rabbi Lau at its helm – should disband the office in Jerusalem known as the “department of certifications.” There is no excuse for such an office to exist. From now on, if a local marriage registrar wants to accept a convert from overseas, he can do so automatically. He should not be allowed to reject someone without receiving clearance from the chief rabbi. In addition, the chief rabbinate ought create new standards that are respectful and responsive to the needs of the Jewish people, that will be guided by principles of “loving the convert” rather than keeping him out.Right now the rabbinate is widening the gulf between Israel and the Jewish people. Its spin contributes to this. We need to replace spin with substance, and make Jews by choice feel welcome in their homeland.

The author is chairman of the ITIM organization, that represents the converts rejected by the chief rabbinate.