Analysis: Jihad is contagious and one attack leads to another

Like a set of dominoes, one attack sets off the idea for the next, and often, the chain linking them can be found online. 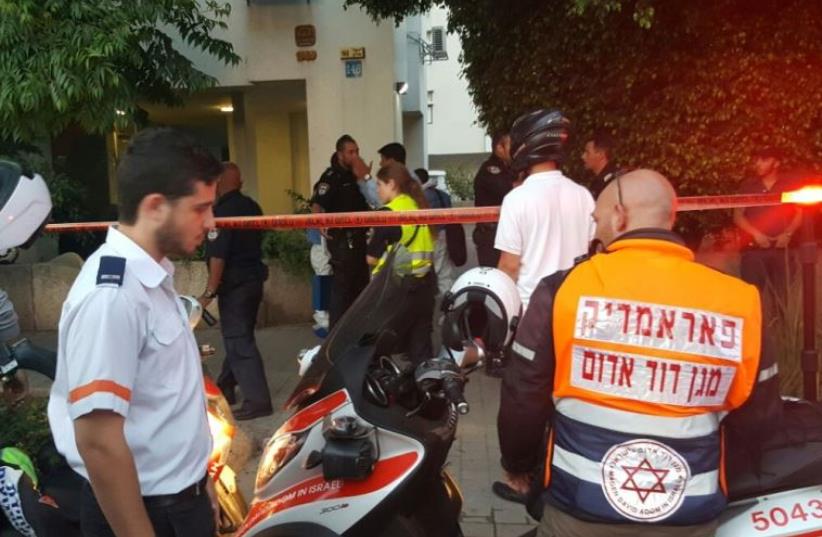 MDA responds to terror stabbing
(photo credit: COURTESY MDA)
Advertisement
Israelis were still in a state of mourning over the horrendous terrorist murder of 13-year-old Hallel Yaffa Ariel in her bed, when news came in of a new stabbing attack on Thursday, this time targeting civilians on the streets of Netanya.The close proximity of these savage attacks is no coincidence; the jihad is contagious.Unfortunately, several factors are at work at this time to make the idea of frenzied, indiscriminate attacks on Israelis spread more virulently among Palestinians.Chief among them are ongoing unrest at the Temple Mount in Jerusalem, which stokes religious fanaticism among some Palestinians, the Ramadan period, and an unending flow of jihadist ideology that continues to infect the minds of young terrorists.They do not care which side of the Green Line their target is located; Tel Aviv and Kiryat Arba are equally attractive targets.Muhammad Tarayrah, from the village Bani Naim, who plunged his knife into Hallel Yaffa on Thursday had very recently posted a message on his Facebook page praising the Palestinian woman who rammed her vehicle into an Israeli car in Kiryat Arba.Like a set of dominoes, one attack sets off the idea for the next, and often, the chain linking them can be found online.Social media remains a major conduit through which unorganized Palestinian killers inspire one another.But mainstream incitement in Palestinian official media is also rampant. Hamas’s official outlets in Gaza do not miss any opportunity to encourage West Bank Palestinians to commit murder, and the official Facebook page of Fatah has also been a source of incitement.The PA’s official Wafa news agency described Taraireh as a “martyr” – the term applied to each and every Palestinian who is killed in the midst of a murder spree.This poisonous rhetoric was echoed by Taraireh’s mother, who, according to Palestinian Media Watch, told a local Hebron news network that her son was “a hero” who made her “proud” since he died “defending Jerusalem and the Aksa Mosque.”The reference to al-Aksa is key to understanding the driving force behind the new escalation in attacks. According to Israeli security assessments, any unrest on the Temple Mount can easily spread into the West Bank, much like a flame following a trail of gasoline on the ground.Al-Aksa Mosque, and the Palestinian violence surrounding it that often erupts during holy days, remains a highly inflam-mable source.Rioting in recent days on the site likely is linked to Thursday’s stabbings, and security forces will be preparing for the possibility of more to come, while seeking to prevent the flame from turning into a blaze.