Killing a terrorist who is no longer a threat?

Our ancient rabbis posited a society in which capital punishment was only a theoretical possibility. They understood the terrible cost of becoming accustomed to bloodshed. 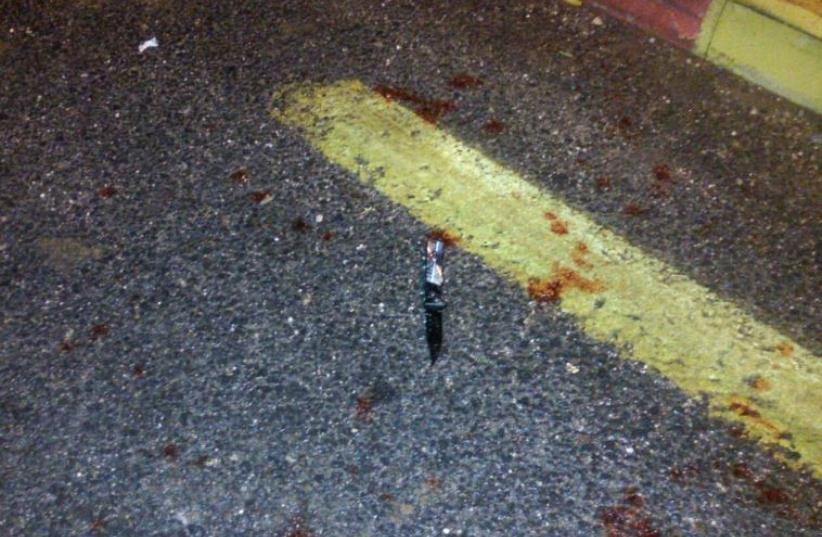 Knife at scene of Ariel terror attack, October 25, 2015
(photo credit: DAVID IVGY)
Advertisement
Some prominent Israeli rabbis have responded to the recent surge of terrorist attacks by saying that Jewish law requires that terrorists be killed even if he or she has been incapacitated or wounded.Rabbi Ben Tzion Mutzafi, a respected Jerusalem rabbi, said in a response on a website: “It is commanded to take hold” of a terrorist who no longer poses any immediate threat “and hit his head against the ground until there is no longer any life in it.” Safed’s Chief Rabbi Shmuel Eliyahu, who in 2013 was a candidate for chief rabbi of Israel, called for the prosecution of soldiers and police officers who neutralize but do not kill terrorists, according to the Srugim news website. Eliyahu also said: “Only in a case where you really have no other choice...keep him alive, interrogate him and then send him to hell as soon as possible.”These statements are distortions of Jewish tradition. Israelis deserve better rabbinic leaders. Rabbi Haim David Halevi, the Sephardic chief rabbi of Tel Aviv-Jaffa from 1973 until his death in 1998, was an example of earlier, more moderate and more thoughtful Religious Zionist rabbis. A prolific author, he received the Israel Prize in 1997.In 1979 Rabbi Halevi responded to a series of questions about self-defense in Jewish law including the use of deadly force. The questions were based on the fact that normative Jewish law allows killing in self-defense: “If someone comes to kill you, get up and kill him first” (Babylonian Talmud, Tractate Sanhedrin 72a).Rabbi Halevi was asked: Does Jewish law require minimal use of force? In other words, if a person could have used minimal force to head off an attack, but in fact ends up killing the attacker, is that person liable for the attacker’s death? Rabbi Halevi’s answer is timely given the situation right now in Israel.“It is exceedingly clear,” he wrote, “and beyond any doubt that if a person can defend his property without killing the thief or the intruder that this is what the law prefers over killing in self-defense.”Here Rabbi Halevi invokes Maimonides who, in the 12th century, codified the talmudic view of Rabbi Yonatan ben Shaul – that if someone kills their attacker when they could have used more minimal force, the person who did the killing in theory faces a death penalty. Rashi, in the 11th century, says this also applies to bystanders trying to stop the attacker.Halevi goes on to clarify that it is extremely difficult to expect someone to make such an assessment while they are being attacked, and consequently they are not liable for murder if they kill the attacker. But the preference is clearly for minimal use of force.Our ancient rabbis posited a society in which capital punishment was only a theoretical possibility. They understood the terrible cost of becoming accustomed to bloodshed. Rabbis need to speak out against colleagues who call for deadly use of force after warding off threats and who advocate executions without trial, ignoring the Talmud, Rashi and Maimonides in order to spread hateful political ideology. We should look instead to the legacy of rabbis like Haim David Halevi who preached a love of the land, and who understood the grim necessity of self-defense – but who would not endorse unnecessary violence, even in the face of a violent enemy.The author is a rabbi and executive director of Metro Chicago Hillel.