Looking up to Heaven

"The Land of Israel is a place where man is constantly aware of the dependence on and connection to God." 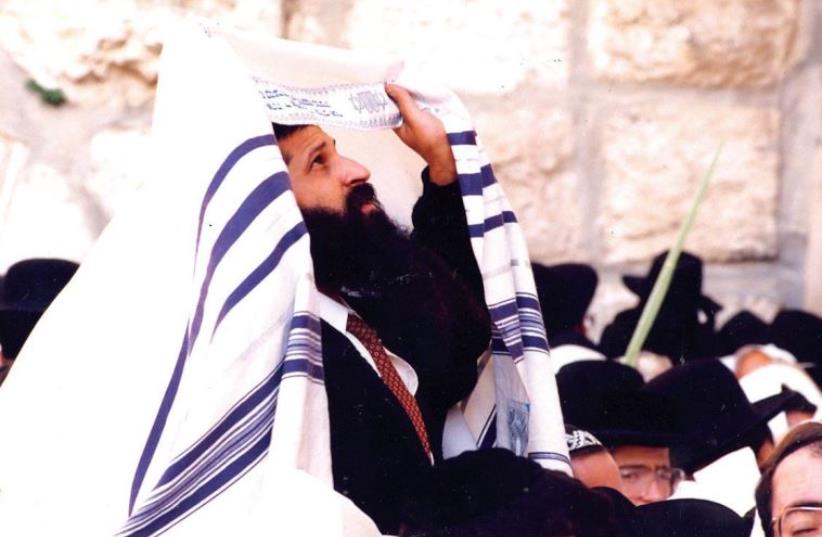 Prayers at the Western Wall during Succot, 1997. Jews from all over Israel and around the world have converged upon Jerusalem to rejoice in the festival
(photo credit: BRYAN MCBURNEY)
Advertisement
This Shabbat we start a new yearly cycle of reading the Torah. We begin again with Bereishit, Genesis, and return to the foundations of human existence. Again we read about Adam and his wife, Eve, the first people who lived in the Garden of Eden and were expelled from it after eating from the fruit of the Tree of Knowledge.The Garden of Eden is described as an extraordinary place. A place with an abundance of incredible vegetation, flowing rivers, and in which man is not required to do a thing other than “work it and preserve it” – light work without exertion. The source of the Garden of Eden’s abundance is the great river which flows into it as we read in the Torah: “And the Lord God planted a garden in Eden from the east, and He placed there the man whom He had formed. And the Lord God caused to sprout from the ground every tree pleasant to see and good to eat, and the Tree of Life in the midst of the garden, and the Tree of Knowledge of good and evil. And a river flowed out of Eden to water the garden...” (Genesis 2, 8-10) And in this special place, God commanded only one thing: Do not eat from the fruit of the Tree of Knowledge.As we all know, Adam and his wife failed in this and ate from the fruit of the Tree of Knowledge and were banished from the Garden of Eden.It is interesting to discover that the Torah mentions two other places that exist thanks to the tremendous force of the rivers that flow in them and do not require rain. These two places are: ancient Egypt on the Nile river, described as a place “where you sowed your seed and which you watered by foot, like a vegetable garden” (Deuteronomy 11: 10); and Sodom before it was destroyed and became a dry and barren place, about which it was written “that it was entirely watered” (Gen. 13:10) and which is compared explicitly to the Garden of Eden and to Egypt: “like the garden of the Lord, like the land of Egypt.”These two places – Egypt and Sodom – are known to us as particularly decadent places. Egypt was known for its idol worship, corruption and immorality, as it was written “Like the practice of the land of Egypt, in which you dwelled, you shall not do” (Leviticus 18:3), and Sodom’s inhabitants are described by the Torah as being “very evil and sinful against the Lord” (Gen. 13:13). Is it a coincidence that the first sin in history takes place in a place that has no need for rain? As opposed to these three places, the Torah describes the Land of Israel as a place where life depends on rain: “a land of mountains and valleys and absorbs water from the rains of heaven” (Deut. 11:11). Why must the land promised to Am Yisrael (the People of Israel) be reliant on rain, when in a place that does not need rain, man lives with greater financial security? How could it apparently seem that Egypt and Sodom, like the Garden of Eden, are places of much greater economic potential than Eretz Yisrael (the Land of Israel)? The answer to this question lies in the way the Torah defines Eretz Yisrael: “... a land the Lord, your God, looks after; the eyes of Lord your God are always upon it, from the beginning of the year to the end of the year.” The Land of Israel is a place where man is constantly aware of the dependence on and connection to God. In Eretz Yisrael, Man constantly looks up to Heaven and asks himself: Will this coming year be successful? Will the first rains come on time? Will the rains be too heavy? We learn that the main difference between the Garden of Eden, Egypt and Sodom and the Land of Israel is in the special sense of dependency in Eretz Yisrael on the prayer for rain. In places with a constant abundant flow, man might forget the source of this abundance and be more apt to sin. Even the Garden of Eden, despite – or maybe due to – it being such a wonderful place, was where man first sinned. Egypt and Sodom also led their inhabitants to the depths of corruption and immorality. But Eretz Yisrael – the Land where its inhabitants must always look up toward the sky – is the appropriate place in which the Jewish nation should live and in which they must maintain their values, morality, Torah, and mitzvot (commandments).As we start a New Year, we look up toward the heavens and pray for a blessed and joyful year, a year of abundance in all spheres of life, a year in which we dare not forget that we are dependent on the grace of the heavens and in which we remember to lean on God’s beneficent graces.Shabbat shalom! The writer is rabbi of the Western Wall and holy sites.