One line from George Orwell’s 1984 changed Hussein’s life: “You are never crazy even if you are a minority of one.”

By DOV LIPMAN
FEBRUARY 1, 2018 20:48
People shout slogans against Israel while burning a makeshift Israeli flag during a protest against Trump's Jerusalem declaration, in front of the Syndicate of Journalists in Cairo, Egypt December 7, 2017.
(photo credit: MOHAMED ABD EL GHANY/REUTERS)
Advertisement
Why would I be friends with someone who grew up in radical Islamic, antisemitic Egypt? Well, Hussein Aboubakr, whom I met at a recent StandWithUs conference, is different from the rest. 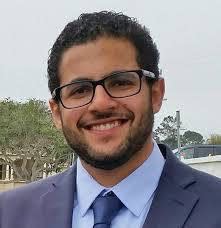