Executives also love takeovers because they get to run a bigger business (which generally means more remuneration). 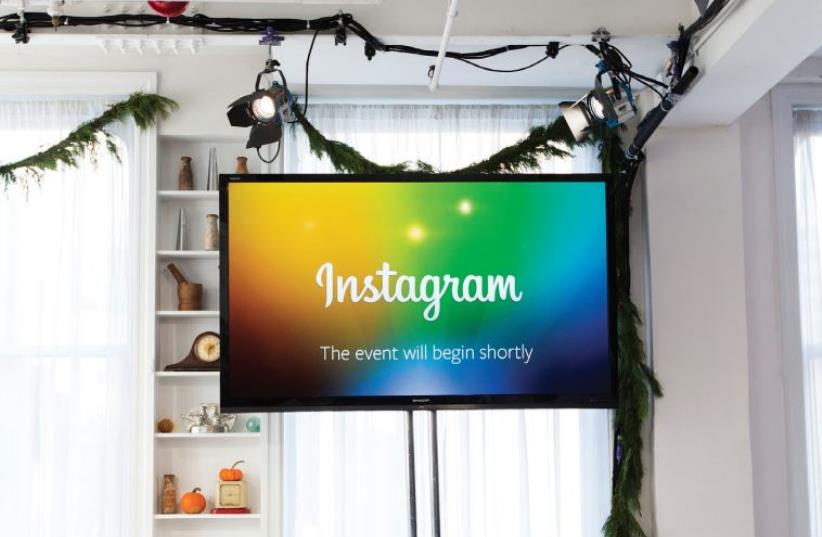 A SCREEN displays a ‘This event will begin shortly’ message before Instagram CEO and co-founder Kevin Systrom announced the launch of a new service named Instagram Direct in New York in 2013
(photo credit: REUTERS)
Advertisement
It’s a commonly held belief that takeovers almost always create little or no value for the purchaser.This is because in most instances, the value is transferred to the target (or advisers). There’s a few good reasons for this – as Warren Buffett notes: “Deal making is exciting and fun, and working is grubby. Running anything is primarily an enormous exercise in grubby detail work... deal making is romantic, sexy. That’s why you have deals that makes no sense.” Executives also love takeovers because they get to run a bigger business (which generally means more remuneration).But as with every good rule, there are some very big exceptions.Those exceptions have a key commonality: they were all online-based businesses, which meant that the purchaser was able to leverage its existing reach and expertise to easily scale the target. It’s not often that Buffett is wrong, but perhaps when he said that synergy is “the last refuge of scoundrels defending foolish acquisitions” he didn’t have the tech sector in mind.Facebook buys Instagram In April 2012, the month before Facebook listed on the Nasdaq, it purchased an 18-month-old business called Instagram. At the time, Instagram had no revenue and a mere 13 (yes, 13) employees. It did have 27 million iPhone users though, and had been valued at $500 million.Alone came Mark Zuckerberg, who paid $1 billion (most of which was Facebook stock, along with $300 million in cash) for the business. A year after the purchase some still questioned Zuckerberg’s wisdom. However, three years later, the doubters have fallen silent. A top-tier VC who had invested in Instagram would later say that selling for only $1b. was the biggest mistake he ever made.Fast-forward to 2015 and Instagram has well over 300 million users and was valued by Citigroup in December 2014 at $35b.The deal was not only well timed, but vintage Zuckerberg. One of the reasons Zuckerberg bought Instagram was that he realized a significant proportion of Instagram’s traffic was being generated from Facebook itself. And Zuckerberg was well aware of the network effect of being a dominant player (and was also, to a smaller extent, motivated by fear of Instagram taking market share from Facebook). The actual price paid by Facebook ended up being far higher than $1b. (as the value of the stock component has increased significantly), but it remains one of the quickest value-creating deals of all time.Priceline buys Booking.com Priceline started in the first dot-com era, with a novel “name your own price” model. It was probably best known for having Star Trek’s William Shatner as its spokesperson. After the Nasdaq crash Priceline managed to survive (despite its share price falling from $974 to only $7) and appointed former corporate lawyer Jeffrey Boyd as its new CEO. In 2005, Boyd purchased an obscure Amsterdam-based online travel agent called Booking.com.At the time, Booking.com was generating annual income of around $10m. Priceline paid $135m. for the business. In 2014, Priceline reported that Booking.com generated more than $1.1b. in earnings. It was recently valued at over $40b. – making it by far the most valuable part of Priceline’s business (which also includes Agoda, Kayak and OpenTable).Like Facebook, Priceline benefited from the significant scale it accrued via Booking.com (and later Agoda, which held a dominant position in Asia), with the company now generating 80 percent of earnings from outside the US. It’s no surprise that analysts have dubbed the purchase of Booking.com the best acquisition in Internet history.Google buys YouTube It sure sounded big at the time. In 2006, Google made the first genuine mega-purchase of an on-line start-up, spending US$1.65b. to acquire the nascent YouTube – an 18-month-old website which had quickly become the dominant video player on the Internet. At the time, YouTube was making a small amount of money from advertising sales.Google was able to not only grow YouTube from its mountain of traffic, but also worked out a way to monetize the video platform. So much so that in May YouTube was valued by in Bank of America at $70b. That would have made it the 66th most valuable company on the S&P if it were an independent entity. Last year, Jefferies predicted that YouTube’s ad sales would increase from $5.9b. in 2014 to $8.9b. in 2017. YouTube is like a TV station, only it doesn’t need to pay for or produce (much) of its own content.Users donate it for free – You- Tube then just takes a cut of advertising revenue on the way through.eBay buys PayPal Last week, PayPal was spun off from eBay and listed on the Nasdaq for $45b. Back in 2002 PayPal had survived the dot-com crash but was a relative minnow, and was bought by a then dominant eBay for $1.5b. (by the time of the acquisition, the “PayPal mafia” of Peter Thiel, Reid Hoffman and Elon Musk had moved on to new, very successful projects).It is hard to envisage a more synergistic acquisition – in 2002, around 60% of eBay auctions were transacted using PayPal. EBay was then able to give PayPal the strength and backing to expand (yep, those same network effects) to become the dominant online payments platform (although AliPay is also valued at around $45b. and growing strongly).Such is PayPal’s ubiquity that only 22% of its transactions come from eBay. The independent PayPal is now more valuable than eBay. When it purchased PayPal in 2002, eBay was worth 12 times as much.

The author is the founder and CEO of the AussieCommerce Group, one the largest e-commerce businesses in Australia and New Zealand.
Advertisement
Subscribe for our daily newsletter