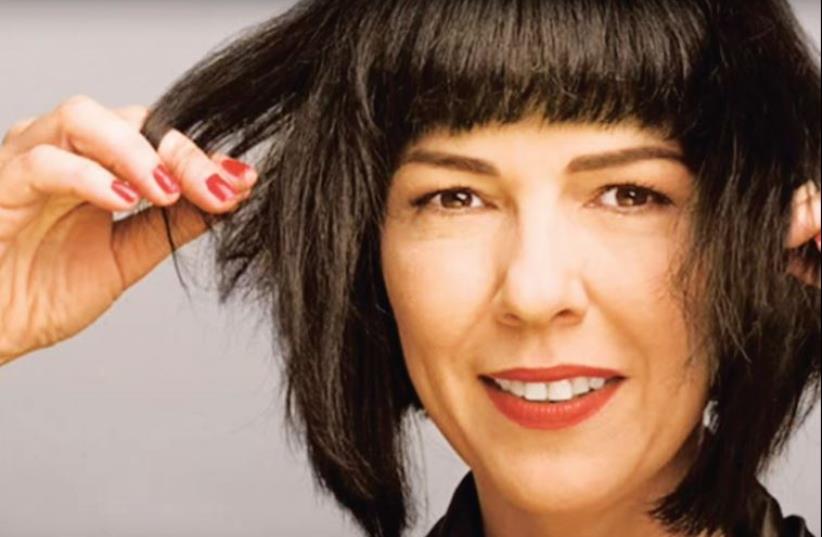 Anat Dolev
(photo credit: IBA)
Advertisement
"Here are three good things that happened today.”How I miss that statement.And how I miss the voice that said it.And the person behind the voice.Israel Radio broadcaster Anat Dolev died on Saturday at the tragically young age of 52. In recent years she was best known for her “soft news” show on Reshet Bet, Three with Anat Dolev, a powerful force of positive energy bouncing across the airwaves.Even when she didn’t feel well – even when she was slowly dying, as we now know – Anat’s natural curiosity, enthusiasm and professionalism, combined with that gravelly voice, didn’t let on.Listeners around the country felt as though they’d lost a good friend, someone who had spoken to them almost daily. Someone they had listened to.Her colleagues were distraught.Although many had seen her struggling into the studio, barely able to hold the microphone, few had realized how close the end was.She was discovered lying on the sofa at home by Dan, her only child.He’d come to check on her when she didn’t answer his calls. Listeners, who had heard Anat talk of her son, now 20 and serving in the air force, felt they’d gone through his teens with him. It was easy to cry for him as much as for her.In a handwritten note, written two years before her death and read by her ex-husband at her funeral, Anat mourned: I will never stampede the steps in Spain, Nor tour Ramblas in Barcelona, Or explore white Alaska up close. I won’t write that promised book; nor shall I read again; I will never again drum in high-heeled shoes, or at all; I will never again hug Dan, standing straight and strong...