No Holds Barred: Why is eBay’s founder financing Israel-hatred?

Omidyar should stop funding anti-Semitic lies about Israel that seek to make it impossible for the Jewish state to defend itself against terrorists like Hamas. 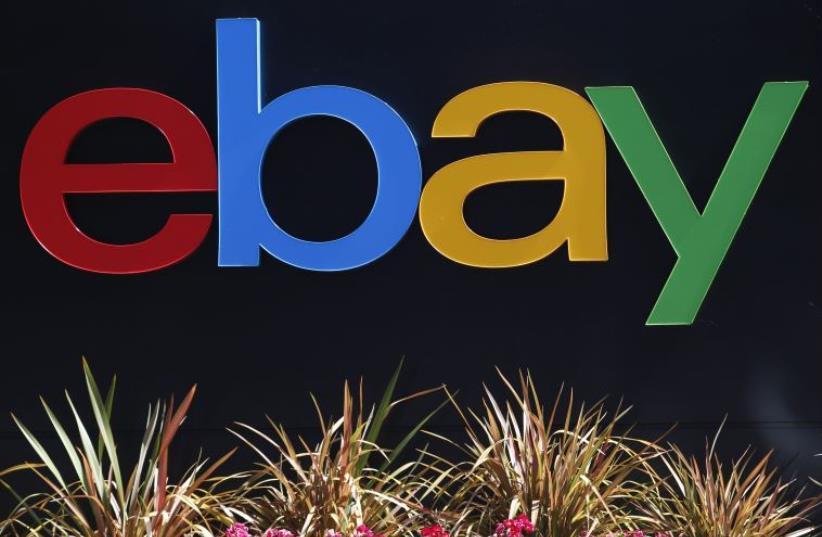 The eBay sign
(photo credit: REUTERS)
Advertisement
Pierre Omidyar is the founder of the online auction site eBay. Having gotten into the tech industry at the right time in the late ’90s, his site took off and he is now worth an estimated $8 billion. Omidyar uses his money to support a vast array of causes and he and his wife have fostered the image of caring philanthropists who strive to make the world a better place. I salute the intention. Unfortunately, that same philanthropy is currently being used in an effort to defame and harm the State of Israel.In 2013, Omidyar pledged $250 million to found First Look Media, a news organization that was created with the goal of supporting multiple news publications, the first of which was the online news site The Intercept. However Omidyar’s apparent intention surfaced when he chose Glenn Greenwald and Jeremy Scahill as editors for this publication along with Laura Poitras. Greenwald and Scahill are determined foes of Israel.Greenwald has in the past claimed that Benjamin Netanyahu praised Hitler, has vigorously defended the BDS movement whose goal is the economic destruction of Israel, complained that the US has made it “illegal to broadcast Hezbollah television stations” due to the “Israel-centric stranglehold on American policy,” and made comparisons between Netanyahu’s statements and the words of Nazi propaganda chief Joseph Goebbels.Scahill has called Israel’s defensive war against Hamas in the summer of 2014 “a massive massacre and one epic series of war crime after war crime,” complained how Obama’s speech to the Turkish parliament in 2009 against Iranian nukes “did not mention Israel once,” refers to the May 2010 Gaza flotilla raid as a “massacre,” and blatantly lied that “Israel has targeted for killing numerous journalists who have reported on the Palestinian side.”The Intercept has shown its anti-Israel bias from day one. In article after article, Israel is attacked and defamed, with no regard to the truth. Given its editors’ backgrounds, and past statements, this comes as no surprise. Here are a sampling of some of outrageous falsehoods peddled by Omidyar’s The Intercept.In an article titled, “Terrorism in the Israeli Attack on Gaza,” Greenwald writes that terrorism is “a fear-mongering slogan” and argues that the State of Israel is the real terrorist while Hamas is simply defending itself from aggression.In the article “Greatest Threat to Free Speech in the West: Criminalizing Activism Against Israeli Occupation,” Greenwald writes, “only advocates of tyranny could support the literal outlawing of the same type of activism that ended apartheid in South Africa merely on the grounds that this time it is aimed at Israeli occupation.” He also states, “If anything, what is actually “anti-Semitic” is to conflate the Israeli government with Jews generally.”Greenwald quotes US Sen. Elizabeth Warren as saying, “When Hamas puts its rocket launchers next to hospitals, next to schools, they’re using their civilian population to protect their military assets. And I believe Israel has a right, at that point, to defend itself,” and this destruction is the “last thing Israel wants.” Greenwald adds, “That, ladies and gentlemen, is your inspiring left-wing icon of the Democratic Party.”In an article by Andrew Fishman titled, “A Left-Wing Hero of Brazil, Jean Wyllys, Comes Under Fire for Israel Trip, Anti-Palestine Comments,” he defends Hamas and mocks the claim that Hamas might harm a foreign dignitary if he were homosexual. He writes, “It is a baseless, cartoonish, fear-mongering distortion of Hamas as a gang of irrational, backwards, blood-thirsty terrorists.” He also complains that “Wylls repeatedly conflated Hamas, the political party that was democratically elected and has governed the Gaza Strip since 2007, with ‘ISIS or other criminal gangs’ – a staple of Israeli rhetoric under Netanyahu.”Scahill’s article “The Assassination Complex” complains about drones that target terrorist leaders and insists that rather than being called, “targeted killings,” they should be called “assassination[s].”And The Intercept unsurprisingly features Greenwald interviewing and praising notorious anti-Semite and committed Israel-hater Max Blumenthal in which he is given over 40 minutes to spew his lies and hate against Israel.Other articles include:“WHY IS RE/MAX SELLING PROPERTIES IN ILLEGAL ISRAELI SETTLEMENTS?”“CASH, WEAPONS AND SURVEILLANCE: THE U.S. IS A KEY PARTY TO EVERY ISRAELI ATTACK”“Was a Palestinian Suspected of Killing an American in Israel Executed by the Police?”“COMBAT PROVEN”: THE BOOMING BUSINESS OF WAR IN ISRAEL”“Samples of Israeli Horrific Brutality and War Criminality in Gaza”“OBAMA’S CHRISTIAN RIGHT CRITICS AGREE WITH ISLAMIC STATE”“BENJAMIN NETANYAHU’S LONG HISTORY OF CRYING WOLF ABOUT IRAN’S NUCLEAR WEAPONS”The list goes on and on.One has to ask, what is Pierre Omidyar’s goal in investing so many millions into this anti-Israel, anti-American, anti-Semitic, pro-terrorist “news” site? Why would he want to harm Israel? Is he hoping to tie the hands of the US government in its war on ISIS? Though Omidyar stepped down as chairman of eBay in 2015, he still owns approximately 10 percent of the company and he uses his gains from the site to fund extremely harmful anti-Israel propaganda.Omidyar may be a generous philanthropist. But he should stop funding anti-Semitic lies about Israel that seek to make it impossible for the Jewish state to defend itself against terrorists like Hamas.Rabbi Shmuley Boteach is the international bestselling author of 30 books including his upcoming The Israel Warriors Handbook.