US president has made a concerted effort in recent weeks to reach out to Jews both in America and in Israel. 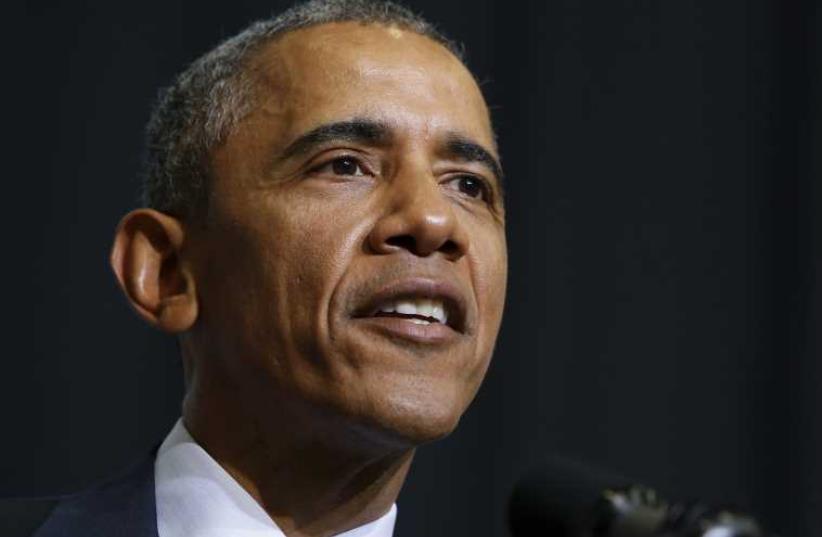 US President Barack Obama
(photo credit: REUTERS)
Advertisement
Since the beginning of his first administration in 2009, US President Barack Obama has faced an endless litany of baseless charges regarding everything from claims of animosity to Israel to even anti-Semitic attitudes. It is time to put such outrageous accusations to rest once and for all.In recent weeks, Obama has made a concerted effort to reach out to Jews both in America and in Israel.Last month, in an interview to The Atlantic’s Jeffrey Goldberg, he expressed a deep identification with the Jewish state, connecting the Jews’ successful push for national self-determination in the wake of centuries of anti-Semitism that culminated in the Holocaust with African-Americans’ victorious campaign for human rights.“There’s a direct line between supporting the right of the Jewish people to have a homeland and to feel safe and free of discrimination and persecution, and the right of African-Americans to vote and have equal protection under the law,” Obama said. In these comments, he rightly placed the Zionist movement where it belongs within the context of progressive and anti-imperialist post-World War II movements that sought to empower the subjugated and downtrodden.Obama’s next stop was Congregation Adas Israel in Washington, where the kippa-wearing president addressed a packed synagogue as part of Jewish American Heritage Month. He devoted a large part of his speech to “a deeply disturbing rise in anti-Semitism in parts of the world where it would have seemed unthinkable just a few years or decades ago.” He noted that “anti-Semitism is, and always will be, a threat to broader human values to which we all must aspire.”Obama has also made an effort to reach out to Israelis. In an interview aired Tuesday night on Channel 2 with Ilana Dayan, he tried to allay Israeli fears regarding the materializing nuclear deal with Iran. “What I can say is, to the Israeli people: I understand your concerns and I understand your fears,” he said. It is no secret that there is tension between Obama and Prime Minister Benjamin Netanyahu. What’s more, the differences between the two leaders are not just personal; they are substantive, especially on the parameters of a nuclear agreement with Iran.Netanyahu sees the deal in its present form as dangerous, because it could allow Tehran to become an existential threat to Israel. Many Israelis share his concerns, an issue that will be at the forefront at The Jerusalem Post Annual Conference in New York on Sunday.Obama, meanwhile, has been a strong proponent of the deal, arguing that dialogue, cooperation and mutual agreement with the Iranians are the only feasible tools for slowing down, if not halting altogether, their nuclear program.The two men are also split on the Israeli-Palestinian conflict. And neither has attempted to hide their differences.However, it would be disingenuous to claim that the Obama administration or Obama himself is antagonistic to the State of Israel or even anti-Semitic, as some have argued, including on these pages.Throughout his presidency, Obama has upheld his promise that his commitment to Israel and the security of the Jewish state is “unshakable.” And the facts on the ground back up that pledge. Just recently it emerged, according to a report in Defense News, that US defense aid to Israel is likely to increase in 2017 from the present level of $3 billion a year to $3.6b.-$3.7b.At the end of last month, the Obama administration rejected a resolution proposed by the UN”s Review Conference for the Nuclear Nonproliferation Treaty seeking to end the ambiguity surrounding Israel’s nuclear arms capability. And the US has come to Israel’s defense in international fora – from the UN Security Council to the International Criminal Court – on numerous other occasions.It is impossible to exaggerate the importance of Israel’s relations with the US, the Jewish state’s most powerful and best ally. Our two countries share values and ideals. This was true in the past and it will remain true, regardless of disagreements on specific issues.The Jerusalem Post has published a range of opinion pieces on this subject as part of its policy of open debate, and it does not endorse ad hominem attacks against Obama or members of his administration. We will continue to criticize both the Israeli and the US government where we see fit, but in the spirit that both leaders – Netanyahu and Obama – are acting in what they see as the best interests of the US and Israel, respectively.