Of peace and PR

For too long the Arab Peace Initiative has been hiding in the margins of Middle Eastern diplomacy. 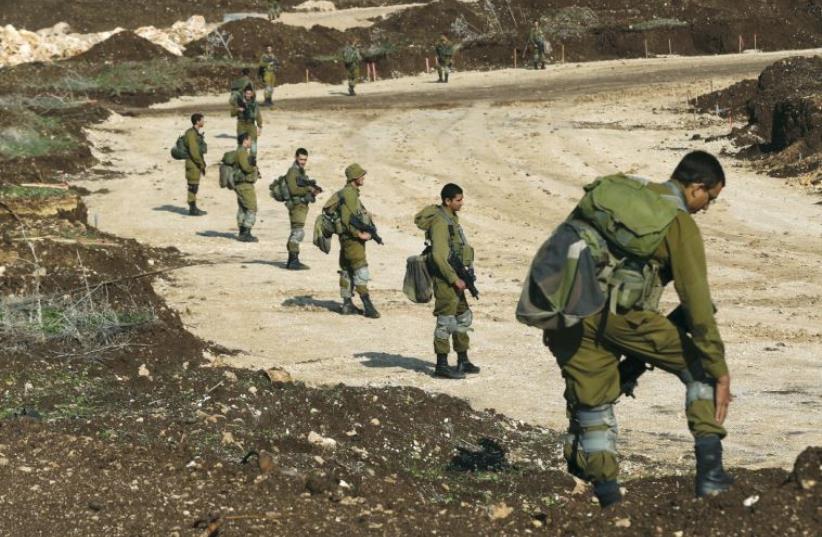 IDF soldiers search for remains of rockets fired from Lebanon in December 2015
(photo credit: REUTERS)
Advertisement
Now is the time to bring it to the forefront of our attention.Nearly a decade and a half since it was first proposed, the Arab Peace Initiative is stubbornly clinging to fringes of the Middle East’s diplomatic discourse.Sure, there have since been more exotic peace overtures that have captivated our hopes and dreams: The Road Map. The Disengagement. Annapolis.The direct talks in 2010 and 2013. And now, most recently, the French Peace Initiative. But these are ephemeral, and as they inevitably fade from our consciousness, they make us ever more pessimistic about the next big initiative confidently promising a lasting peace.Yet through all the failed summits and proposals, the Arab Peace Initiative has had a way of reminding us now and again that there is an alternative on the table. It sits quietly on the desk of the Israeli prime minister, without fanfare, awaiting response.And late last month, maybe fearing we had finally forgotten it, it poked us gently once again, as if to say “I’m still here.”Opposition head Isaac Herzog revealed that he, along with Prime Minister Benjamin Netanyahu, had “labored” over the initiative for months in discussions that were meant to lead to the Zionist Union party joining the governing coalition. Herzog said he wanted to move forward with favorable aspects of the plan that “would have undoubtedly changed the face of the region.”Years ago, I wrote that Israel must respond to the Arab League’s initiative. Israel has been fighting a losing public relations battle, and its reflexive dismissal of the long-standing final-status offer is one of many reasons that students, community leaders and politicians are being convinced that the Jewish state is not serious about peace.THE PUBLIC relations problem facing Israel is currently nothing more than a flesh wound. Under the growing shadow of the Boycott, Divestment and Sanctions movement, foreign investing in Israel last year hit a record high $285 billion, according to Bloomberg. And the Foreign Ministry boasts of flourishing ties with Asian and African markets, as well as growing – if still covert – relations with moderate Arab states.Yet the PR flesh wound, if left untreated, will fester.Already we see growing anti-Israel fervor among communities Israel has traditionally counted on for support. Most concerning should be the trend of increasing anti-Israel sentiment on North American and European campuses. Students are being educated that Israel, not the Palestinians, is the real impediment to peace. And though these students today are relatively powerless, tomorrow they will be in Congress and in parliaments across Europe.The EU is already antagonistic toward Israel, and in the United States, where Israel once enjoyed bipartisan support, the left flank of the Democratic Party is toying with a more anti-Israel approach.A strong, clearly communicated response to the Arab Peace Initiative would go a long way toward convincing the undecided that Israel is serious about making painful compromises for the sake of peace.But more than just a PR stunt, it is possible that the time is ripe for very real reconciliation between Israel and the Arab world. The Jewish state has never enjoyed friendlier ties with Egypt and Saudi Arabia, the two leaders of the Sunni Arab world. And financial ties between Israel and the Gulf have been developing in recent years, as detailed by WikiLeaks publications.A close examination of the parameters of the Arab Peace Initiative reveals that, though significant gaps remain, there is indeed a strong foundation from which the two sides can move forward.Required from Israel: • Full withdrawal from all the territories occupied since 1967, including the Syrian Golan Heights, to the June 4, 1967, lines, as well as from the remaining occupied Lebanese territories.• Achievement of a just solution to the Palestinian refugee problem, to be agreed upon in accordance with UN General Assembly Resolution 194.• The acceptance of the establishment of a sovereign Palestinian state in the Palestinian territories occupied since June 4, 1967, in the West Bank and Gaza Strip, with east Jerusalem as its capital.Required from the Arab League’s 22 member-states: • Consider the Arab-Israeli conflict ended. Enter into a peace agreement with Israel and provide security for all the states of the region.• Establish normal relations with Israel in the context of this comprehensive peace.Israel would do well to counter the Arab Peace Initiative with a standing offer of its own, which should reflect the basis of the initiative, but also include the following provisions: • A mutually agreed-upon number of Palestinians must be granted full civil and human rights in their current countries of residence.• The new State of Palestine, negotiated around 1967 borders with land swaps, will be completely demilitarized, while Hamas and other Palestinian groups agree to end all outstanding disputes with Israel.• Israel will be allowed security systems in the Jordan Valley for an agreed-upon time frame.• Lebanon and Hezbollah will agree to end all outstanding disputes with Israel in accordance with UNSCR 425.• The status quo in the Golan Heights will remain until the situation in Syria stabilizes, upon which Israel will conduct separate negotiations with the Syrians over the territory.SUCH AN Israeli response would boost Israel’s diplomatic credibility by proving to the world that it is willing to make difficult concessions for the sake of peace.Perhaps more importantly, it would also provide a solid foundation upon which the Arab League can build.With the Arab world’s unprecedented level of goodwill and eagerness to finally end the obstinate Palestinian conflict, it is not inconceivable that the league could use this as a springboard to launch serious negotiations to reach a final-status accord.For too long the Arab Peace Initiative has been hiding in the margins of Middle Eastern diplomacy. The time has come to bring it to the forefront our attention, for the good of Israel, the Palestinians and the Arab world at large.

The writer is the editor of the Economy program at i24 news. He holds an MBA from the University of British Columbia.
Advertisement
Subscribe for our daily newsletter