On Microsoft and a wedding in Gush Etzion

It was an absolute delight to see the young couple so very much in love, just waiting for the moment where they could touch for the very first time. 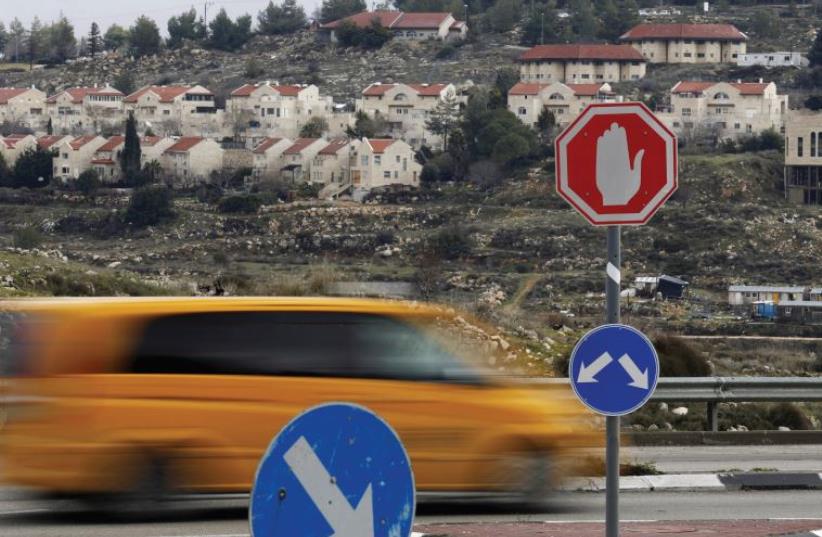 Gush Etsion
(photo credit: REUTERS)
Advertisement
Last week began very pleasantly, with a talk I was invited to deliver to members of the Association of Americans and Canadians in Netanya.The audience was gracious and attentive, and I was amused to discover that most of those present were actually olim from the UK. I guess the Empire lives on – in Netanya.On Wednesday night, when I returned home from a wedding (more about that below), I discovered that in my absence Microsoft had upgraded the Window 7 software on my computer, which I had left on, to Window 10, without my having requested them to do so. I spent the next two hours trying to reverse this uncalled-for act, which prevented my using the computer altogether, without success.Not only does there seem to be a bug in Microsoft’s offer to enable users to try Windows10 for free for several months, which downloads the software even if one does not specifically accept the offer, but there is a second bug which prevents a reversal of the act, even though I kept pressing the button for “reject” several times, after the deed had been done. Each time the computer seemed to be trying to reverse the intrusion, and each time, after five to 10 minutes the message of “welcome to Window10” returned, and the question of whether I accepted or rejected the “generous” offer.Finally the “reject” option stopped appearing, and instead there was an offer for some application for smart-phones and other gadgets that I do not have.In despair, at 2:00 a.m. I disconnected my computer, and attached an old computer with windows XP, which is why I was able to write this article.The following morning, before departing for the north, I called Microsoft, which admitted that I am one of many around the world who had Windows 10 rammed down their throats. Microsoft didn’t really have a solution for me – it never does. Since I had Word 6 on my computer about 20 years ago, Microsoft has never offered a single solution when approached. In the meantime I discovered that in the US Microsoft admitted that the problem is connected to their free offer (well, temporarily free) of Windows 10 – an offer that will continue until the end of June. Apparently no one at Microsoft even considered removing the offer, and freeing the users of Window 7 from the nightmare. An apology is also overdue.I WAS finally forced to take my computer to experts, and will probably have to pay several hundred shekels for the deletion of the unwanted software. I shall send the bill to Microsoft, though I doubt anyone will react. That is what happens when you have a monopoly (well, there is Apple, but at 72 I have no desire to adapt to a totally new system), which doesn’t give a damn about those using its software.My feeling is that what it is doing is criminal, but unless someone sues Microsoft, it will just continue to disregard all us home users.The wedding I attended on Wednesday took place in Gush Etzion. The only reason I decided to attend was that the father of the bride is a very close friend from my days in the Knesset, who was marrying off the youngest of his eight children, and I am not averse to leaving my comfort zone for the sake of our friendship.I believe I was the only secular left-winger at this wedding, and I must admit that the way from Jerusalem to Gush Etzion, with all the walls and concrete blocks by the side of the roads, saddened me. I hadn’t visited Gush Etzion in at least 30 years, and though I am much more partial to Gush Etzion being annexed to Israel than other parts of Judea and Samaria, it should be attached to Israel to its west, and not to Jerusalem to its north.The wedding itself – a national-religious wedding, in which men and women sit together for the meal but dance separately – was very enjoyable. I admit that these weddings seem to be much more joyous events than their secular counterparts (secular in terms of the people involved – not the ceremony).I was not left to feel alone, or an outsider, and I admit I felt a little jealous of sense of community and purposefulness. It was even an absolute delight to see the young couple so very much in love, just waiting for the moment where they could touch for the very first time.So why not join the national religious community? Well, first of all in order to turn religious one must believe in God, which I do not. I believe in every man and woman having the freedom to live as he wishes, and if one does not believe in God, one does not believe in his commands, and one rejects all the limitations that these place on believers – especially women.I also maintain that realpolitik should take precedence over the belief that “God gave us the whole of the Land of Israel” and that as “God’s chosen people” we have a duty to try to be better than others, not to consider ourselves to be superior to them, which is pure racism.None of this changes the fact that I returned home from the wedding happy and elated, only to discover that Microsoft had prepared a spoiler.The writer is a political scientist and retired Knesset employee.