Placing European Jewry back on the map

Jewish life will continue to thrive in Europe and the EJC will stand against those who seek our egression and stand with those who wish to see us flourish. 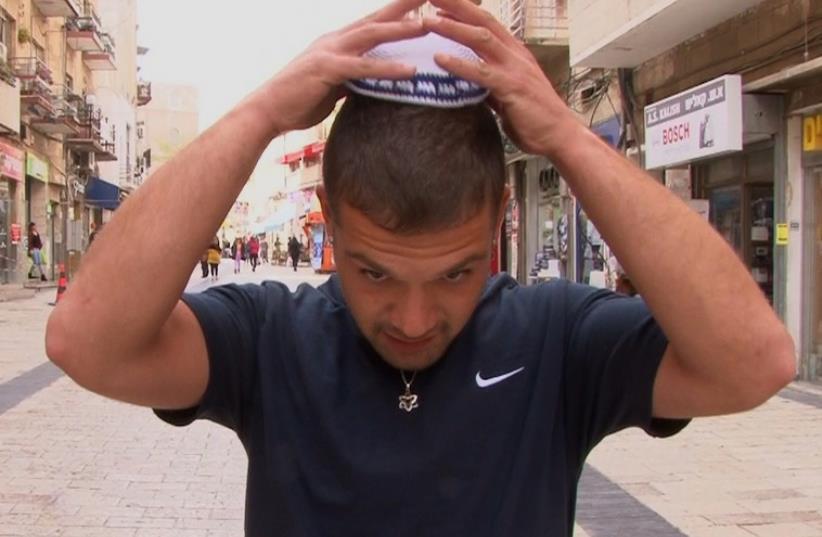 A man putting on a kippa as part of a solidarity campaign with European Jews
(photo credit: screenshot)
Advertisement
For many generations we have been told that European Jewry is in its final throes. Those who live in other places in the Diaspora or in Israel read the almost daily headlines of violence and anti-Semitism and are given the impression that Europe is, or should be, on its way to being a continent free of Jews.For a long time European Jewry was seen in a parochial way, as a community that needed to rely on its brothers and sisters in North America and Israel to assist, protect and decide its policies.Thirty years ago, the European Jewish Congress (EJC) was established to provide a representative voice for European Jewish communities. The EJC protects the interests of its affiliated communities, working daily with European Union institutions and officials, the Council of Europe (where the EJC has participatory status) and national governments and parliaments.Especially over the past few years, European Jewry has finally reclaimed its voice and its place in the global Jewish conversation as a legitimate and fully equal partner.European Jews are proud of our history and traditions and are among the most passionately Zionist in the world. We maintain extremely close relations with the Jewish state and are unashamedly fighting on the front lines of the battle against those who seek to delegitimize it.We say loudly and clearly that there can be no compromise on anti-Semitism, whether it is the older version or its new incarnation which merely substitutes the Zionist or the State of Israel for the Jew.The EJC assisted in the first ever definition of anti-Semitism recognized by an official European institution, and was at the forefront of pushing for the first time ever a specific European Commission coordinator on combating anti-Semitism, which finally became reality toward the end of last year.Not only do we work against anti-Semitism at the legal, governmental and theoretical levels, we also work to protect our communities against the physical manifestations of the targeting of Jews and Jewish institutions.The Security and Crisis Centre (SACC) was established by the EJC to assist Jewish communities in Europe to prepare and apply local community crisis plans, which enables them to face and handle various crisis situations in coordination with local authorities.The SACC is held in high regard by European enforcement agencies with which it coordinates and regularly holds discussions, including Europol.We were also instrumental in the creation of an annual International Holocaust Remembrance Day event as an official commemorative date on the European Parliament calendar through lobbying efforts with successive European Parliament presidents.While much of the EJC’s work that receives attention is in the combating of anti-Semitism and in Holocaust education, there is also a positive side to our work that largely goes unnoticed.The European Jewish Fund was created to strengthen Jewish life in Europe with a focus on youth and their connection to Judaism and their communities by supporting programs aimed at building Jewish identity and Jewish pride, especially by re-connecting young people with our rich and vital Jewish past. The EJF also provides an essential source of funding for security for communities that require it.We also see in our mandate the necessity of building bridges and working to make our societies better places according to our understanding of Jewish tradition.The EJC is working closely with the European Council on Tolerance and Reconciliation (ECTR), an opinion- making and advisory body on the promotion of tolerance, reconciliation and education, and consists of distinguished representatives of civil society in Europe and beyond. ECTR members all have a proven record of promoting tolerance and combating racism and xenophobia in Europe.A model law written in partnership with the ECTR on the promotion of tolerance has been presented to multiple European parliaments and European institutions and is in the process of becoming law in a number of European nations.The situation of the Jews of Europe at the beginning of the 21st century is complex and multi-faceted. We are the oldest minority on the continent, and some of our communities are millennia old.There is disruption, but there is also renewal and renaissance. There is fear, but there is also hope and defiance. We will not be chased from our homes. On the contrary, we will strive to make the continent a better place, much like we have throughout history.Jewish life will continue to thrive in Europe and the EJC will stand against those who seek our egression and stand with those who wish to see us flourish.The author is president of the European Jewish Congress.