Purim – from fast to feast 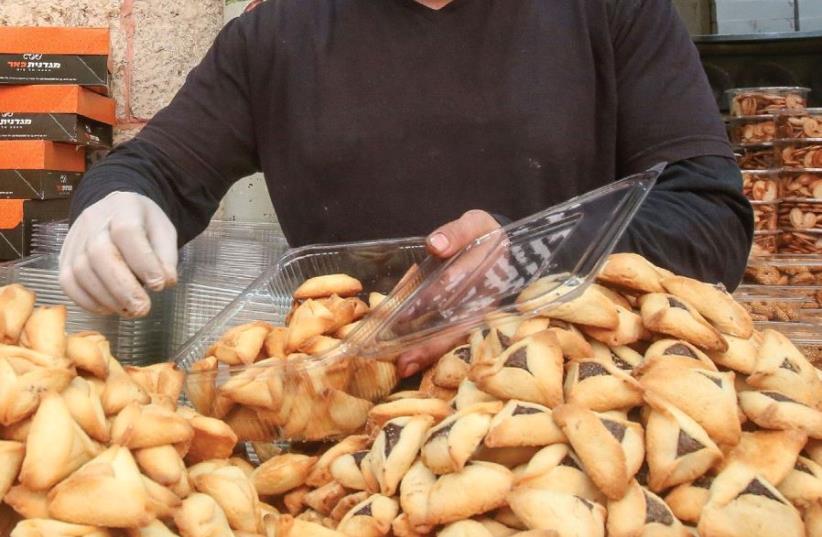 Hamentashen
(photo credit: MARC ISRAEL SELLEM)
Advertisement
Everyone knows all about Purim.Right? Actually, the answer is no: there are a bewildering number of facts and theories that make this one of Judaism’s most complex festivals.Let’s start with the facts: it falls on Adar 14, which this year corresponds to March 12. On Purim we read the Book of Esther, which recounts her victory over the evil tyrant Haman.Purim is the time for fun... for eating, drinking, carnivals, plays and gifts of food to friends and the poor. We celebrate it as a “Feast of Fools,” when we are permitted to masquerade in many guises.Those are all facts we learned as children in Hebrew school. Now here are a few aspects of Purim you may not have known: You could almost call the Book of Esther a Godless book, because His name is not mentioned in it even once. The rabbis who fixed the canon of official Hebrew scriptures debated well into the 4th century CE whether it should even be included with the other Divine books. Although it is a triumph for the Jews, it ends with quite a horrifying bloodbath in which more than 75,000 Persians are massacred.The name of the king in this story is Ahasuerus, whom scholars believe to be the Persian ruler Xerxes I (486- 465 BCE). They believe the tale to have been written after 200 BCE by an anonymous author. It must have been written by a man, because it emphasizes that Queen Vashti was banished for refusing to obey her husband, and her downfall was to pose a lesson to all other wives in the kingdom who might even consider being disobedient.Esther, at the urging of her cousin Mordechai, enters what was essentially a massive beauty contest and wins, concealing her Jewish identity. When Mordechai refuses to bow down to Haman, the evil chancellor plans the first antisemitic pogrom in history.Esther’s triumph in saving her people is celebrated with Purim, a holiday with roots in the ancient agricultural festival heralding the arrival of spring.Her Persian name, Esther (Hadassah in Hebrew), means “morning star.”Psalm 22 begins: “To the Chief Musicians upon Ayalet Hashachar” – on seeing the morning star. She was compared to the morning star because it is seen faintly at dawn, then grows bigger and brighter until it achieves full radiance, just as with a modest beginning, Esther eventually managed to redeem Israel.At the end of the Purim story, we learn: “For Mordechai was great in the king’s house and his fame went forth throughout all the province.”According to Sefer Ha’aggada, the book of Jewish folklore and legend, a coin was minted in his honor. On it was depicted sackcloth and ashes on one side and a golden crown on the other.Thus Purim was turned from a fast into a feast. “Purim” means “lots,” because Haman had selected the date for the Jews’ extermination by casting lots. The German halachic scholar Jair Bacharach (1639-1702) concludes on the basis of this and other biblical passages that a lottery is a legitimate means of allowing God’s providence to operate in favor of a winner (Responsa Havvot Yair 61): “The lot is cast into the lap, but the whole disposing thereof is of the Lord.”There are several lessons to be drawn from Purim. To relieve the pressure of antisemitism, and particularly in Israel which has to bear ongoing trauma and tragedies, we need a day of relief.Also a healthy society needs to be able to laugh at itself occasionally.Customs like blotting out Haman’s name with noisemakers and eating three-cornered cakes called hamantaschen or oznei haman (Haman’s ears) help to satisfy a desire for vengeance against frightening enemies beyond our reach. Finally, a people almost exterminated just for being Jews need to celebrate life. We must give charity on Purim at least to two people, enabling them to celebrate also, with the giving of Mishloach Manot.So, on Purim, a day for fun, let’s make merry, be happy. L’Chaim!