Is this the form of Judaism that Razel wishes to convey? 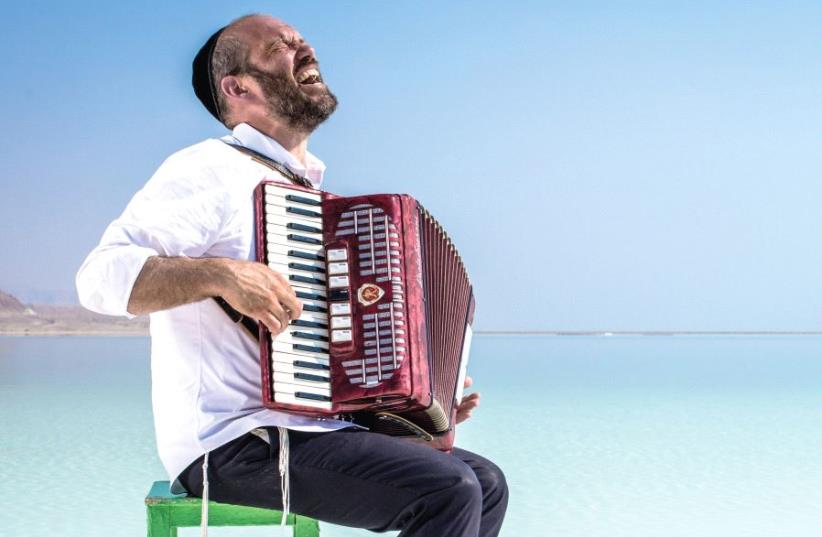 Yonatan Razel
(photo credit: OHAD ROMANO)
Advertisement
Two points need to be cleared off the table before we launch into our criticism of singer and song writer Yonatan Razel for his conspicuous display of religious zealotry during a concert this week.First, as proponents of religious freedom, we support Razel’s right to place black tape over his eyes in the middle of a concert. Unlike other religious zealots, Razel did not police the dress code of his dancing female fans. Instead, he directed his gaze inward, taking upon himself a restriction. He took responsibility for his own religiously induced prurience and placed a blinder on his eyes.In free and open societies, individuals like Razel should have the right to express their religiosity however they wish – as long as they are not restricting the rights of others. This is a freedom afforded to citizens of a democracy like Israel. If the tables were turned and religious zealots were in charge and Israel were a theocracy, secular citizens would not enjoy comparable freedoms.Second, Razel’s black-tape-on-eyes-trick – even if sincerely performed – comes off as a public relations stunt aimed at gaining himself notoriety, particularly among the nation’s more religiously conservative population. Young religious people in particular appreciate unambiguous and uncompromising displays of authenticity and principled stands for what is important. The Tzama Festival, where Razel played this week, focuses on a predominantly religious and young crowd that marks the 19th of Kislev, the anniversary of the release from a czarist prison of Rabbi Schneur Zalman Liadi (1745-1812), the founder of Chabad hassidic thought. Razel’s concert was for a women-only audience. And the stunt worked. Razel has received extensive media coverage as a result, particularly in the secular media.That said, Razel’s high-profile flaunting of his religious credentials caters to extremist currents within Judaism. It is a form of pietism bordering on fanaticism. Jewish law does not obligate a man to place black tape over his eyes in order to prevent himself from viewing women. It is an added stringency. This tells us one of two things: Either Razel views himself as someone on a higher spiritual level than the average Jew or he conceives of women as just sexual objects. These are personal considerations that should not be displayed in such a public way by a performer in the middle of a performance before hundreds of fans.Razel could have achieved the exact same goal by simply having closed his eyes, having concentrated on his playing or by wearing a pair of nontransparent sunglasses. Instead, he chose a very public display of his piety, which feeds into the ongoing trend of increasing religious extremism. There is an inner dynamic to religious communities that makes them prone to ever-escalating extremism. While moderates are seen as less committed, zealots who go above and beyond the letter of the law seem more serious and authentic.What is the religious message that Razel is attempting to convey with his black tape? He is saying that the very sight of women dancing during a music concert endangers one’s spiritual well-being, even if these women are modestly dressed, as they most certainly were. This is a form of objectification of women, as though they were not human beings with many different facets to their beings, but merely a collection of sexual objects. It is like the passive-aggressive side to sexual harassment. Both are guided by a prurient view that reduces women to their sexuality.Is this the form of Judaism that Razel wishes to convey? Razel is in a unique position as one of the few religious performers to break into the general music market. His songs are played regularly on such mainstream platforms as Galgalatz. He plays to diverse audiences that include many secular Israelis. Razel has benefited from an openness that has allowed him to grow as an artist. Such encouragement of creative development is painfully lacking in more strictly religious circles.By placing black tape on his eyes, Razel might be endearing himself to the more extreme elements in the religious world. But he is strengthening the forces who, if they had their way, would likely prefer a world without Razel’s style of music.