The prime minister’s obsession with the media is only one factor behind his threat of early elections. 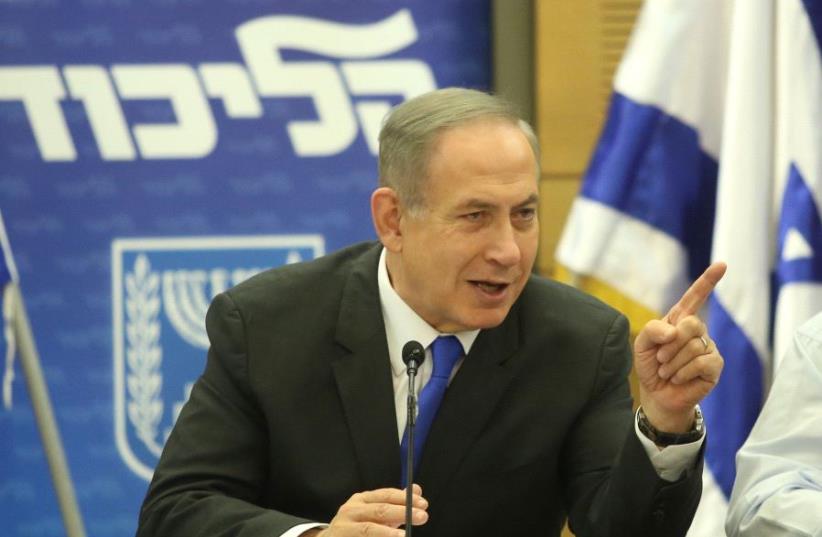 Benjamin Netanyahu
(photo credit: MARC ISRAEL SELLEM/THE JERUSALEM POST)
Advertisement
Prime Minister Benjamin Netanyahu’s obsession – there’s no other word for it – with the media is nothing new. One example from his first term as prime minister in the late 1990s sticks clearly in my mind, not because of the importance of the event but precisely the opposite: the event was so trivial it shocked me that the prime minister would devote any time to it whatsoever.One Friday lunchtime, Netanyahu gave a speech to the diplomatic corps, which was covered on the Friday evening television news shows. One of the reports interpreted the speech in a way with which Netanyahu disagreed. No biggie, these things happen. The news cycle moves on and the report is quickly forgotten.But not by Netanyahu. Rather than letting the report fade from memory or have his spokesman simply issue a statement clarifying the speech’s intentions, Netanyahu himself phoned me (I was editor of this paper at the time) on Saturday night to try to ensure that Sunday’s press coverage of his speech took the angle he wanted.The conversation we had was perfectly cordial and politicians of course want to see stories spun in the way that reflects best upon themselves. But for the prime minister himself to do the spinning, rather than have a spokesman make the call, struck me as strange. Doesn’t the prime minister have more important things to do with his time? Apparently not. Last summer Netanyahu devoted many hours to a charm offensive, visiting senior editorial staff at the country’s major newspapers, including Haaretz, the only paper to consistently and comprehensively criticize his policies and leadership. Recent coverage by Haaretz of the prime minister’s doings would suggest that, in retrospect, Netanyahu really was wasting his time.And more seriously, as the leaked transcripts of his 2014 conversations with Yediot Aharanot publisher Arnon Mozes show, Netanyahu allegedly conspired with Mozes to weaken rival paper Israel Hayom in return for favorable coverage of the prime minister throughout the Yediot empire. The criminal implications of these conversations, in what’s been called Case 2000, may yet bring about Netanyahu’s downfall should an indictment be issued against him.In fact it is this threat of an indictment over Case 2000, and in Case 1000 (the “gifts” of cigars and pink champagne reportedly worth hundreds of thousands of shekels), which adds weight to Netanyahu’s threat to take the country to new elections over the issue of public broadcasting. The combination of Netanyahu’s obsession with the media and his assumption that Attorney-General Avichai Mandelblit is unlikely to issue an indictment against him in the middle of an election campaign suddenly makes going to the polls a tempting option for the prime minister, despite his government still having more than two years left of its full term.There is, however, little enthusiasm within his party for such a move. Around half of the present Likud Knesset members know that they have little chance of being reelected to another Knesset term due to the way in which the Likud selects its candidates for its Knesset list, so they are in no rush to vote themselves out of a job. The same is true for the majority of Netanyahu’s coalition partners.Avigdor Liberman, head of Yisrael Beytenu, wants more time as defense minister, to solidify his credentials as a potential prime minister, while Kulanu’s Moshe Kahlon still needs some breathing space to bring down housing prices during his stint as finance minister.The haredi (ultra-Orthodox) parties, meanwhile, have never had it so good, so they have no incentive to bring an end to the gift that never stops giving, particularly when Yair Lapid’s Yesh Atid party is faring so well in the polls. They remember Lapid’s term as finance minister when they were cast out into the opposition, and have no intention of repeating the experience.The only coalition partner who has a real interest in elections is Bayit Yehudi chairman Naftali Bennett, who is still smarting over losing right-wing voters to the Likud in the previous election, but he knows an election over the future of public broadcasting is hardly going to galvanize his core. Bennett needs an ideological issue to campaign on.Which is where Donald Trump might step in to help. Far from being the answer to the Israeli Right’s prayers, the new American president is showing the same opposition to Israeli settlement activity in the occupied territories as his much-maligned predecessor Barack Obama. If Netanyahu fails to deliver on his promise to build a new settlement in the West Bank for the families from the destroyed illegal outpost of Amona due to American pressure, Bennett will have his rallying call.And as Netanyahu remembers only too well, it was the religious Right who brought down his first government, leading to his “eviction” from the prime minister’s residence on Balfour Street. Which is why the prime minister might prefer elections in the near future, ostensibly over the esoteric issue of public broadcasting, as opposed to giving Bennett the choice of electoral battlefield.The writer is a former editor-in-chief of The Jerusalem Post.