A return to the bad old days?

Whether this was a one-time aberration or a hint of things to come, one thing is for certain. When we get on our bus Tuesday, we'll have something new to think about. 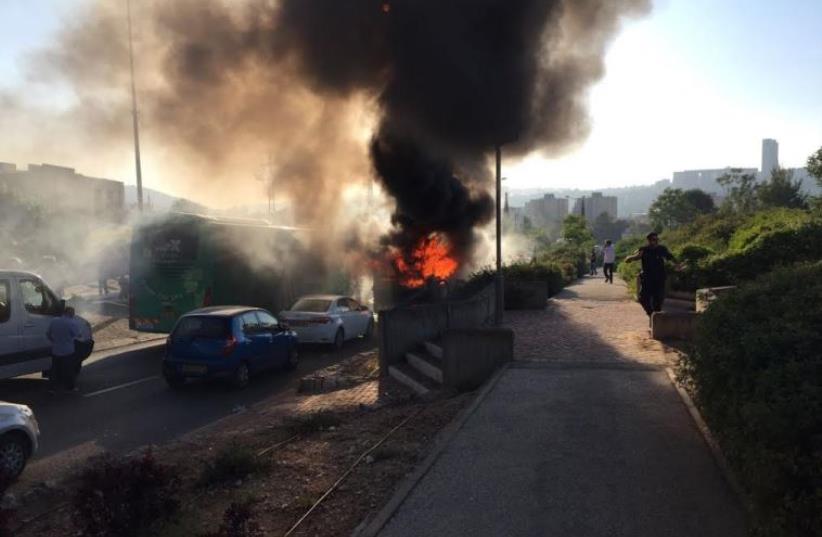 Photo of scene of possible bus explosion in Jerusalem, April 18, 2016
(photo credit: MEDABRIM TIKSHORET)
Advertisement
For anyone who lived through the second intifada, Monday afternoon’s bus explosion in Jerusalem brought the past back to the present in an alarming fashion.It was the same routine that became a ghastly second nature more than a decade ago – the media pounced on the story, the murky details began to emerge, the numbers of injured and their conditions were updated by the minute, their efficient evacuation to area hospitals were covered like a sporting event play-by-play.During that first hour or so, the only hope that could be grasped to like a lifeline was the possibility that a malfunction led to the blaze on the Egged bus whose shell sat like a scarred skeleton on one of Jerusalem’s main thoroughfares.That would have been a horrible tragedy, but it was one we could deal with rationally.But as the smoke cleared, literally and figuratively, and it became apparent that this was a terrorist attack caused by an exploding bomb, the gruesome memories of the relentless string of bus attacks from the past flooded back.Only days after security briefings pointed to a noticeable drop in knife-intifada terrorist attacks in recent weeks, but also warned of a possible uptick ahead of Passover, the worst-case scenario came true.It could have been much worse, with major loss of life. But the body count isn’t as important as the psychological effect.No matter how many knifings or rammings took place in the last few months, there was still a sense of security – we have fences, walls, barriers and checkpoints. Buses don’t blow up anymore.On Monday, that illusion was shattered. Whether this was a one-time aberration or a hint of things to come, one thing is for certain. When we get on our bus Tuesday, we’ll have something new to think about.