Right from Wrong: Bloodshed by any other name

This may not technically constitute the third intifada, but most of us don’t really care what it ends up being called on Wikipedia. 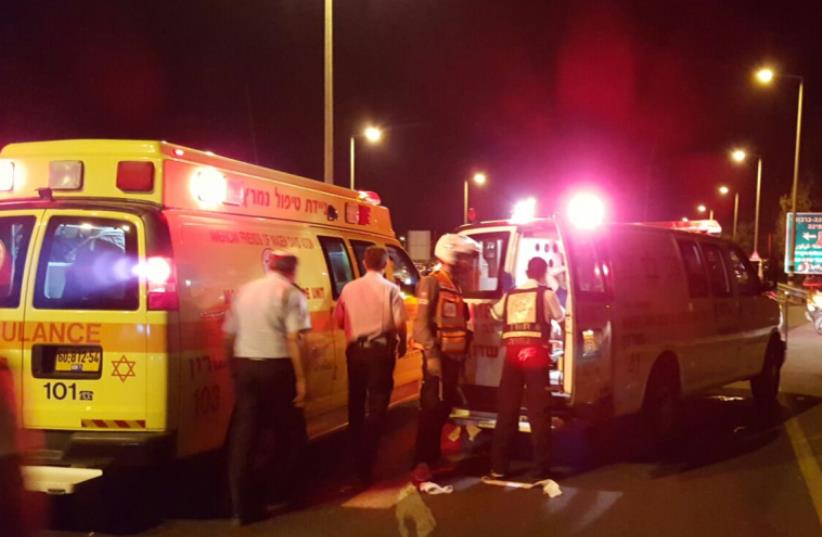 Stabbing in Kibbutz Gan Shmuel
(photo credit: MDA)
Advertisement
There is a discussion going on in Israel about whether the current wave of terrorism can be called the “third intifada,” as the Palestinians are dubbing it. Not a TV panel goes by without this question being raised.One analyst referred to it on Thursday evening, following a day of stabbing attacks in different locations across Israel, as the “lone-wolf intifada.” Though this was said tongue-in-cheek, the oxymoron best describes the current situation.The reason the steep surge in up-close-and-personal Palestinian violence seems to require a definition by the political echelon and military brass is because if it is an actual intifada, there is a leader or entity behind it pulling the strings, planning the operations and supplying the weapons.In this case, however, the “command center” is virtual; it is located in cyberspace – where social media rules – not in a specific compound in Gaza or Ramallah.Prime Minister Benjamin Netanyahu is right to blame Palestinian Authority President Mahmoud Abbas for the atmosphere of anti-Semitism created by the systematic incitement of his people against Israel and Jews. Indeed, even as Abbas says he is not interested in an escalation of violence, he continues to accuse Israel of preventing Muslims and Christians from praying on the Temple Mount.Using lies about Judaism’s holiest site as an excuse to kill Jews is not a novel idea. In fact, it is a tried and true method for uniting Arabs around the world against the Jewish state. It is among the very few issues on which the otherwise disparate groups vying for power agree.The beauty of this particular propaganda tool is that it enables Palestinians and Israeli Arabs to experience unity of purpose and a brotherhood of blood. As such, it enables sympathizers or members of Hamas, Islamic Jihad, Fatah and other factions to shed their internal strife and band together on Facebook and Twitter to schedule riots and give one another tips on effective “resistance” and “martyrdom.”It is amazing how the youth grasp that their best ammunition – other than rocks, blocks and kitchen knives – is Israeli helplessness in the face of a pubescent enemy. They realize that dead Palestinian teenagers do more for their cause than tanks and machine guns. Not only do media outlets, such as the BBC and The New York Times, immediately turn the Arab perpetrators into victims, but the United Nations condemns Israel; Europe justifies its boycotting of Israeli products; and the White House darkens its already dim view of Jerusalem.This is not new. As Netanyahu, Defense Minister Moshe Ya’alon, Internal Security Minister Gilad Erdan, Chief of IDF General Staff Gadi Eizenkot and acting Police Commissioner Bentzi Sau pointed out in a joint press conference on Thursday night, Israel has been confronting Arab terrorism since its establishment.Basically, they all agreed that it’s a marathon, not a sprint, and the public has to be patient while the government and defense establishment emerge victorious from the current terror wave.It is true that Israelis are used to living with one form of Arab aggression or another. And we are no strangers to organized campaigns or individuals suddenly screaming “Allahu akbar” while going on rampages to murder anyone they can sink their blades into.But when this happens several times in a single day and goes on for weeks and months, we experience it as war. We follow the news more obsessively; phone friends and family members in areas where an attack is reported; urge one another to “stay safe”; and listen for the sound of sirens – not air-raid sirens warning of missile launches, but rather the wailing of police cars and ambulances.This may not technically constitute the third intifada, but most of us don’t really care what it ends up being called on Wikipedia.We just want to be able to go about our daily business without having to look over our shoulders lest a hatchet land there when we least expect it.

The writer is a Tel Aviv-based author, and columnist at Israel Hayom and The Algemeiner.