Imposing a 1% surcharge on tickets to be dedicated to reforestation would be more intelligent. 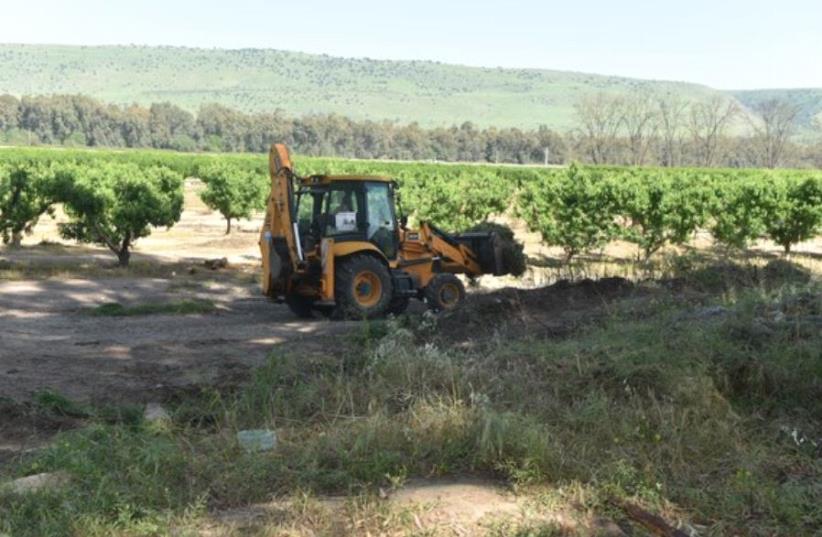 On the Galilee, its Environment and its Heritage
(photo credit: KKL-JNF)
Advertisement
Ignoring reality does not make you an idealist, and self- righteousness in the name of a just cause is not a virtue. The present campaigns against aviation and meat are examples of self-righteous environmentalism ignoring reality.Aviation generates 2.5% of anthropogenic greenhouse gas but is the backbone of the hospitality industry, which employs 313 million people (10% of the global workforce) and depends on a billion cross-border travelers a year. Aviation-dependent tourism and agricultural exports are significant development levers for undeveloped countries. Aviation carries 30% of world trade value but only 1% of volume. Using this calculus, aviation is already the greenest sector of the world economy per unit of value. Restricting aviation could trigger a global depression.Imposing a 1% surcharge on tickets to be dedicated to reforestation would be more intelligent. It would generate $8 billion yearly – equal to the total cost of the sub-Saharan Green Belt Project meant to reverse spreading desertification of the Sahara. This would significantly mitigate aviation emissions.As for meat, do we really expect Brazilians, Argentineans, Texans and Australians to stop eating steaks, or the English their beef? Will 1.5 billion Muslims forego lamb? Will Hindu India cull its 200 million cattle and 100 million buffalo? Will those African peoples, for whom cattle are a vital part of their culture, eliminate 270 million cattle? Around 400 million of the poorest people in the world are pastoralists and small landholders who rely on livestock for food and livelihood. The largest portion of animal greenhouse emissions derives from these severely impoverished segments of the Earth’s population – those least capable of forgoing any animal protein. The frontal attack on beef and lamb is as much of an ill-advised a strategy as attacking aviation.Interestingly, eating English beef in London causes less life-cycle greenhouse gas than eating avocados grown in Chile. Eating local would be a more rational battle cry than “Let’s all go veggie.” Also, according to the World Resources Institute, only 3% of United States greenhouse gas emissions are attributable to animal agriculture (factoring in pork and poultry beef constitutes less than 2%). No question it would be more environmentally responsible to get one’s animal protein from pork (one fourth the life cycle emissions of beef) or poultry (one fifth) or properly managed farm-grown fish.Smart environmentalism would target lower hanging fruit. For example, the universal fuel of shipping is “bunker” fuel oil, which is 3,500 times more polluting than truck diesel. It generates 4% of greenhouse emissions and up to 35% of toxic airborne particulates, killing tens of thousands of people a year globally. One giant container ship emits the same amount of cancer and asthma-causing chemicals yearly as 50 million automobiles. The resultant global health costs are over $300 billion a year. Banning bunker would eliminate more greenhouse gas than aviation, save millions of lives, and have negligible impact on costs.OUR FOOD supply system is catastrophically inefficient. From field to fork, 40% of food is wasted in both America and Europe, producing landfill methane. American families throw away $1,500 worth of food yearly. Improved logistics (and smart refrigerators) could conceivably reduce agriculture’s greenhouse emissions (20% of total anthropogenic emissions) by half – more than maritime and aviation combined.History shows that projects initiated for non-economic reasons have enhanced economic well-being. When John F. Kennedy proposed the man-on-the-Moon project, no economist would have recommended it on economic grounds. It was justified for security and political reasons alone. Yet our entire modern economy depends on its spin-offs (Internet, GPS, mobile phones, satellite TV, etc.).The West’s energy dependence on undemocratic countries is also a security threat and a debilitating economic burden. The Rand Corporation reports that policing the Persian Gulf cost the United States $5 trillion from 1980-2017. This is not including the cost of petroleum-funded terrorism, such as 9/11 and subsequent wars in Afghanistan and Iraq, or pollution’s impact on medical costs, productivity, lost work days and property damage.The 2017 Lancet Commission on Pollution and Health reported the global cost of pollution as “$4.6 trillion per year – 6.2% of global economic output.” Climate-change deniers and fossil-fuel interests argue against solar and wind power and electric cars because of subsidies. But these direct subsidies pale in comparison to the monstrous indirect security costs and pollution-damage subsidies to fossil fuels.According to Steve Cohen of the Earth Institute at Columbia University, “Between 1970 and 2017 the US invested about $65 billion in air pollution control and received about $1.5 trillion in benefits.” According to futurist Ramez Naam, “Every dollar spent on increased efficiency of buildings saves three dollars in energy bills...  efficiency investments could cut energy use in half... with a net savings of $400 billion per year.”Buildings consume 40% of total energy and produce 36% of greenhouse emissions in America and Europe. Instituting a policy of government-backed mortgages to Retrofit America or Retrofit Europe would have greater environmental impact than eliminating aviation, meat and maritime pollution combined, and would benefit the economy. Retrofits raise a property’s market value by 2%-5%, while energy savings pay for the mortgage. The Empire State Building retrofit lowered energy bills by 40%. The Sears Tower retrofit cut energy for heating by 50% and electricity by 80%.Retrofitting would create tens of thousands of well-paying jobs and billions in profits, satisfying both business and labor. Banks could develop retrofit mortgage products for existing home and business owners. R&D for energy efficient technologies would generate additional contributions to universities and research institutes. Massive grass roots support for greening America and Europe would be generated.In short, such a policy would make people richer not poorer. Environmentalism will have triumphed when environmental billionaires replace silicon-valley billionaires in the media and average citizens perceive it as raising their standard of living and quality of life rather than having to “make sacrifices.”The author writes extensively on Jewish and environmental issues. His most recent book is The Suicide of the Jews: A Cautionary Tale.