There are 70 faces to the Torah. This Shabbat they will be the faces of women. 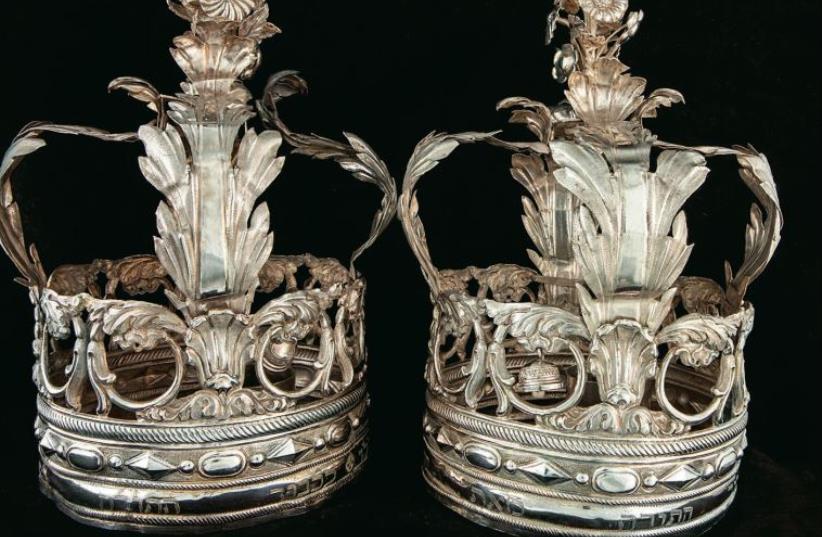 Torah Scroll finials from Vercelli, Italy, dating to 1874
(photo credit: Courtesy)
Advertisement
In 1813, James Barry began practicing medicine in the British Army, and for the next 50 years had a successful military career. Only after his death was it discovered that Barry was in fact a woman.Her real name was Margaret Ann Bulkley and the only way she could be a doctor was by posing as a man. As late as the 19th century, women could not study or practice medicine in England.Today in England, 45 percent of all physicians are women, and in Israel the rate is over 40 percent. How times have changed.Unfortunately, the objections heard 150 years ago to the practice of female physicians can be heard today in Israel.Where, you might ask? Those same objections are leveled against women spiritual leaders and teachers of Torah.Jewish tradition assigns a dual purpose to the learning of Torah. First Torah has intrinsic value – one should learn for the sake of learning, as mankind’s approach to the living God. Second, Torah is learned so as to be taught – parents to children, scholars to students. Judaism propagated through the centuries by combination of practice and education.You cannot be a dedicated Jew without holding a Passover Seder, but equally a Jew must learn the laws of Passover.Sarah Schenirer pioneered the Bais Yaakov girls’ school network in 1917. The first Orthodox tertiary institutes dedicated to women’s Torah study were only opened in Israel in the 1970s. Since then the number of such centers mushroomed. It is now perfectly acceptable for an Orthodox girl to spend a year or two or more in pursuit of pure Torah study. This is a wonderful thing.Four decades later, this Torah revolution has led to the blossoming of a hitherto rare species – the female Torah scholar. Across Israel and abroad woman not only learn Torah but also teach and publish Torah. And why not? If a woman can be the president of Israel’s Supreme Court, the head of its central bank or the justice minister, why can’t she be a respected Torah scholar? Yet in many quarters acceptance is slow, begrudging or nonexistent. In numerous communities women only give lessons to other women or to children. The synagogue, a realm generally dominated by men, is more often than not closed to women Torah scholars.But this too is changing. This Shabbat women will be scholars-in-residence simultaneously in 70 synagogues across Israel, as part of a program organized by Kolech in partnership with Matan, Midreshet Lindenbaum, Midreshet Ein Hanatziv and Beit Hillel. This Shabbat is a substantial milestone on the road to recognition by the wider community of the vast treasure we have in women Torah scholars.There are 70 faces to the Torah. This Shabbat they will be the faces of women.The author is the executive director of Kolech.