"One can never understand what would motivate a modern nation to harness its resources to exterminate millions of human beings." 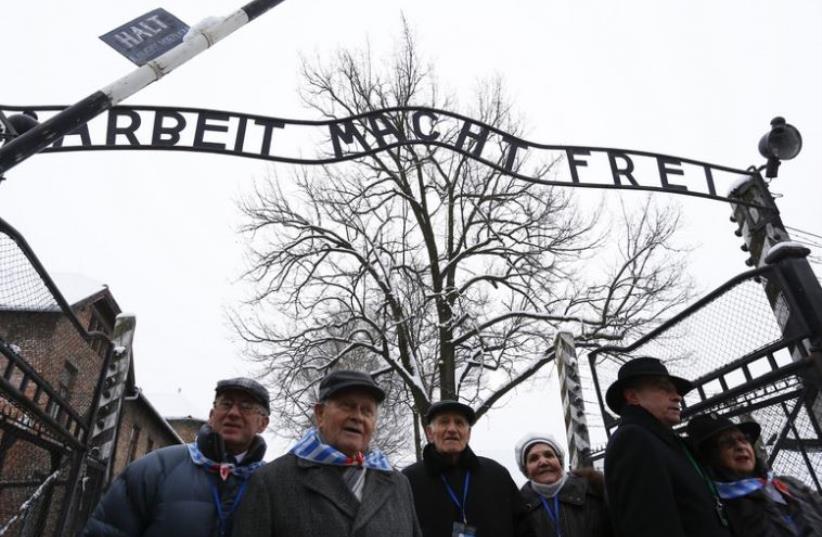 Survivors of Auschwitz arrive to the former camp in Oswiecim
(photo credit: REUTERS)
Advertisement
Visiting Auschwitz is a transformational experience that evokes more questions than answers.We may understand the historical facts about Nazi Germany’s death machine, but one can never understand what would motivate a modern nation to harness its resources to exterminate millions of human beings.I recently led a trip to Poland and Germany for Park Avenue Synagogue with my colleague, Rabbi Elliot Cosgrove. Our trip focused on the themes of tragedy and rebirth, a cycle repeated by Jews too many times to count in this part of the world. Even after Auschwitz, Jews once again have rebuilt their lives and communities as we saw firsthand in Warsaw and Krakow.A day after standing at the ruins of the crematoria in Auschwitz, we departed for the second half of our trip in Berlin. The question in the forefront of our minds was how German society deals with its unique legacy of mass extermination.On a simpler level, many of us wondered whether Germany has changed.In the weeks leading up to our trip, headlines around the world focused on the most recent wave of refugees streaming out of the Middle East and specifically Syria, which has been ravaged by war.Equally interested in the present and past, our group watched with great interest the refugee situation in Germany today. While Germany has opened its doors to those in need, the government’s unilateral action is complicated and riddled with unintended consequences.First, there are scores of shelters and camps for the refugees in the Berlin area, yet there is little infrastructure for this massive undertaking across Germany.Staffed mainly by volunteers, these shelters have been organizing systems as they go. Shelters have made it clear to their local officials that photo ops are less important right now than creating homes for newcomers.A second unintended consequence has to do with the refugees’ political orientation.There is some concern that Muslim refugees are from countries where democracy is not the bedrock of society.The fact that some of these countries are explicitly anti-Israel may create future complications for Germany, which recently celebrated 50 years of diplomatic relations with Israel.Third, some members of the Jewish community have experienced this opening of the gates with bittersweet emotions.They certainly admire the great humanitarian efforts of their government, but the public elevation of tolerance and diversity has reopened an old wound about the plight of Jews that many local senior citizens still remember.Furthermore, a floodgate of “what if” questions has opened about the not so distant past that still hovers over modern Germany like a dark cloud. What if German citizens had done more 70 years ago to stand up against Nazism? What if the League of Nations and Catholic Church had demanded that morality and humanitarianism be the standard? What if the world had opened its doors to Jews seeking sanctuary when their lives truly hung in the balance? We were delighted to learn that the Jewish community of Berlin has been playing an active role in helping with the Syrian and Middle Eastern refugees for over a year. Our synagogue group was invited to not just donate clothes, but also to volunteer at one of the shelters.With a degree of trepidation and countless questions, we arrived at the shelter in Wilmersdorf, that is run entirely by 1,500 volunteers working eightto12- hour shifts. After a brief orientation, we were put to work sorting the countless boxes of clothes arriving daily for distribution.For over an hour we worked with a variety of German citizens for the sake of people seeking safety for themselves and their families. For a moment my mind was transported to a picture in Auschwitz that depicted the same kind of sorting of goods, but the difference was those were the spoils of war and these were donations from the heart.Seventy years after the Holocaust the descendants of perpetrators and the children of victims and survivors worked shoulder to shoulder to help those in need. Side-by-side we worked to create a world that was different than that of our ancestors.But that was not the only moment that stood out for me. Ours was the first synagogue group from outside of Germany to volunteer at this shelter, and in many ways our visit was a pilot experience for English-speaking groups. It was clear from our yarmulkes that we were a Jewish group. During our visit we had some contact with refugees in the shelter where we stood next to one another, made eye contact and exchanged greetings for peace and security. What a miraculous and strange turn of events that in Berlin, of all places, Jews, Christians and Muslims could come together for a common purpose.As we left the shelter that day I spoke with a woman who had been volunteering for over eight hours. Hearing about her experience, I expressed how inspired our group was by what we saw and thanked her for all that she’s doing.With tears in her tired eyes, she responded: “I needed to do something. It’s the least that I can do.”At that very moment, I reflected on our question about where German society is today 70 years after the Holocaust. I would like to believe that these shelters reflect the society they hope to become.Only time will tell.Rabbi Charles Savenor serves as the director of congregational education at Park Avenue Synagogue.