Siblings can be common-law couples, too

According to the law, common-law couples are people who share a household, live together as a family, and have an emotional and economic relationship. 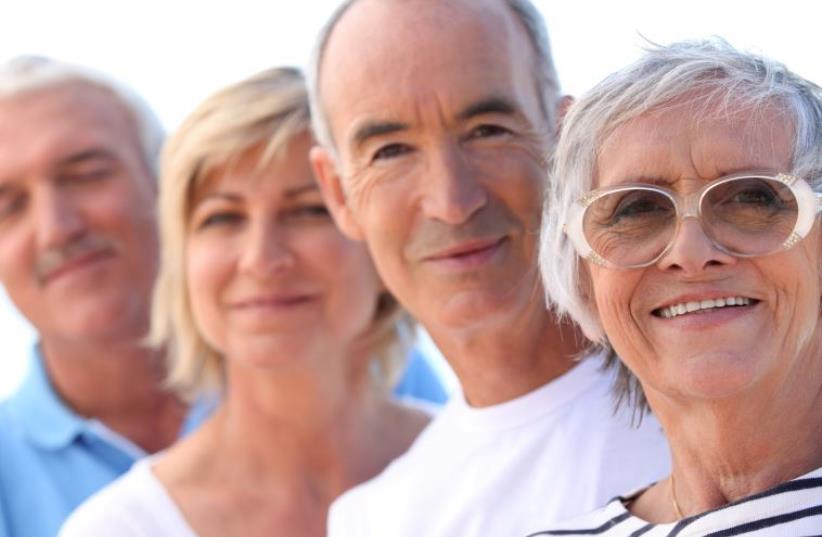 A group of couples [Illustrative]
(photo credit: INGIMAGE)
Advertisement
Recently, we at the Legal Aid Clinic for the Elderly and Holocaust Survivors at Bar-Ilan University submitted a petition to the Labor Court requesting that two sisters, Gina and Idit Fishbein, aged 93 and 89, who are well known in the community, be recognized as a common-law couple, since they are one of the oldest couples in Israel. This would entitle the surviving sister to receive half of the deceased sister’s pension from the National Insurance Institute (NII) after the first one dies.The survivor’s pension is granted by law to same-sex spouses who are known in the community as a couple, including, under certain conditions, to siblings. Petitions such as the one filed by the Fishbein sisters pose a challenge to the authorities, and indeed NII replied to the Fishbein sisters saying that since they are sisters, they are not eligible to receive a survivor’s pension.In our view, this is a narrow and limited interpretation of the law.Of course, it would not hurt to amend the law to clarify the issue, but I believe that abiding by a broad interpretation of the current wording would enable us to consider the Fishbein sisters as a common-law couple even without the law being amended. It is not accurate to define a “common law” couple as two people who are engaged in a sexual relationship.A pair means two people, like a pair of shoes.Two partners.Recently, fewer and fewer couples are qualifying with the NII as a common-law couples. According to the law, common-law couples are people who share a household, live together as a family, and have an emotional and economic relationship.In the past, the definition also stipulated that the couple must also be involved in a sexual relationship, but this requirement no longer exists. A common household is defined as living together, which usually includes a joint bank account, joint purchases and joint property ownership.It’s not difficult to see that the Fishbein sisters meet all the criteria to qualify as a common-law couple, minus the sexual relationship, which anyway is no longer a requirement. Moreover, the Fishbein sisters fulfill all of these criteria even more than other couples, who may have been living together for as little as four months. The Fishbein sisters have been sharing their property and money for decades. Similarly, even with the narrowing of the definition of who constitutes a common-law couple, other couples who don’t even cohabitate have been recognized, whereas the Fishbein sisters, who’ve been living together for 88 years, have not been recognized.There is no doubt that the purpose of the law regarding survivor’s pensions is for social purposes. The law exists because it’s important to the state that people be financially supported by their partner even after that partner dies. The proof of this is that, under certain conditions, children are also entitled to this allowance.It’s possible that the NII is concerned about the slippery slope phenomenon, that if they stretch the rules then a host of other couples will run to submit claims.The model that we are suggesting, however, would only affect couples made up of immediate family members.Hence, it is clear that we are not talking about a bottomless pit, although I’m sure there are a few other sibling couples like Idit and Gina Fishbein. There are many known couples made up by brothers and sisters who’ve never married and who’ve been living together as life partners, manage and share their households, and fulfill the criteria set forth by Israeli law to be recognized as common-law couples.The NII’s requirement that a common-law couple have a sexual relationship is absurd and inconsistent with the letter of the law and the rationale behind the law. When two siblings live together, they engage in a relationship that is based on mutual responsibility and their fates are tied together.They care for each other, worry about each other and cooperate fully, as well as acting as a safety net for each other. When a couple lives off of their old-age pensions or joint pensions, the death of one of them can financially crush the other, regardless of whether the couple had been involved in a sexual relationship or not.There is no doubt, both from both a humanist and a legal perspective, that there is no justification for a couple that has only known each other four months and is sharing a household be entitled to a survivor’s pension, whereas siblings who’ve been meeting the requirements for decades would not, just because they are not engaged in a sexual relationship. This is outright discrimination and does not uphold the principle of equality. People’s intimate relationships should not enter the equation.When two siblings share a home together, everyone wins. It was not for nothing that the Elalouf Committee report against poverty recommended that the state offer financial support to elderly citizens who live with relatives.In summary, there is no doubt that the state needs to recognize siblings who share a household as common-law couples for the purpose of receiving survivor’s pensions since these people meet the law’s requirements and are entitled to a pension and support that would protect them from financial collapse. It is our obligation as a society to grant this allowance to our elderly. We should salute these sisters and brothers who have chosen to take care of each other instead of relying on the state. As we read in Psalm 71:9: Do not cast me away when I am old.

The author is director of the Legal Aid Clinic for the Elderly and Holocaust Survivors at Bar-Ilan University.Translated by Hannah Hochner.
Advertisement
Subscribe for our daily newsletter