During my entire first year of Sherut, I never received the laundry machine or Wi-Fi that were promised to me. 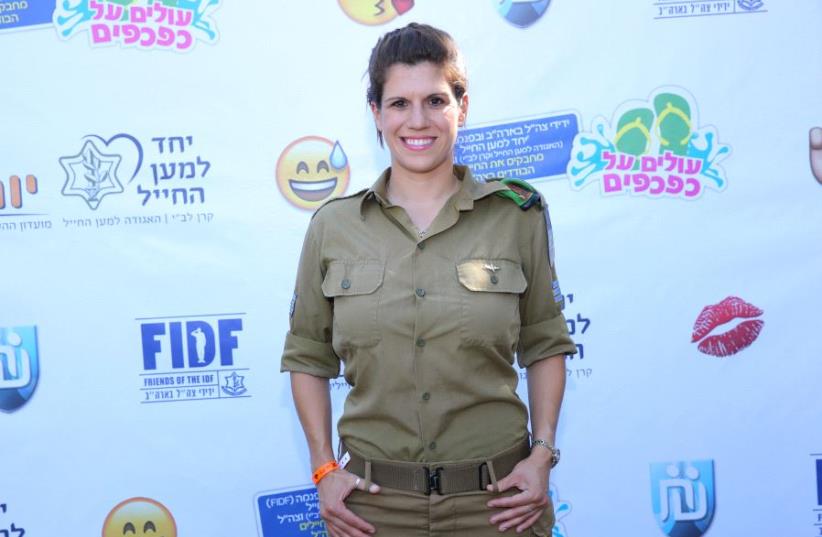 Sariba Feinstein lone soldier
(photo credit: YOSSI GAMZU)
Advertisement
I came to Israel, as many others do, for a gap-year seminary program after high school. During my program, I made the decision to make aliya and join Sherut Leumi, the national-service alternative to the army for religious girls.A few days after making aliya, I found myself thrown into a totally Israeli environment, living and working in Hebrew.I specifically chose an Israeli program in order to be immersed in a setting that would allow me to be in a better position to learn the language. I applied to Kadima, a network of youth centers across the country for children and adolescents who are considered “at-risk” and come from difficult financial and familial backgrounds. I was placed in an apartment in Kfar Saba with four other Israeli girls.For five days a week, we lived and worked in the same neighborhood as the kids we mentored in the local youth center.At the end of the week, the other girls would travel back to their homes to be with their families for the weekend, and I found myself alone in an apartment in a neighborhood with no English-speaking community and far from anyone I knew.There are many others that make aliya and share similar experiences, whether it be in the army or in Sherut Leumi.All lone soldiers and lone bnot-sherut (soldiers and girls performing National Service who are without family in the country) are qualified to receive special benefits, such as rent stipends, discounted public services, leave to visit their families, and more. Lone bnot-sherut are promised housing, Wi-Fi and a laundry machine. In reality, these benefits aren’t as accessible as they are supposed to be.For lone soldiers, there are a multitude of programs that provide an added level of support on and off base, housing options, social events, help with bureaucracy and more. However, for lone bnot-sherut, there is little structure or programming to provide support. The Sherut Leumi organizations tend to be disorganized and uneducated about the rights of lone bnot-sherut, who are in the country without their family.Girls get a small stipend monthly that provides little money for food and other needs, especially important as these girls can’t go home to get food. While soldiers have the option of a “yom sidurim,” a day off monthly to take care of doctor’s appointments and other needs, bnotsherut are dependent on the kindness of their bosses to let them have time off for aliya paperwork and other bureaucracy.Government budget cuts to the Sherut Leumi organizations have taken away job positions for workers who were originally in place as advocates and advisers for lone bnot-sherut to help them navigate Israeli bureaucracy and receive their rights. Now, it is up to each girl’s Sherut program coordinator to learn about the rights of the lone bat-sherut.In my case, I found my Sherut coordinator in my first year to be unaccommodating, and instead had to turn to the organization’s social worker for help.These issues come down to seemingly simple things that should have easy solutions – for example, during my entire first year of Sherut, I never received the laundry machine or Wi-Fi that were promised to me. This meant that after my long day of emotionally straining work, I didn’t have the ability to Skype my family at home or to take care of my dirty clothes. Instead, my wonderful, understanding roommates took it upon themselves to carry my laundry every week to their houses so that I could have clean clothes.By the end of my first year, I had a better understanding of how to navigate the system and fight for the rights I was entitled to. With the help of Amutat Bishvil, the only current program in place for support to lone bnot-sherut, I was set up with an adopted family that provided me a place to sleep on Thursday nights when the other girls traveled home. In my second year of Sherut, I moved to a program under a different Sherut organization, the Agudah Lehitnadvut, the largest organization that runs the most programs in Israel. I found them to be more organized and more understanding of the needs of a new immigrant in service.Because each Sherut job position is different, the experience that each lone batsherut might have is totally dependent on the coordinator assigned and how productive that person is in addressing the girl’s needs. The level of knowledge about mandatory rights and benefits for lone bnot-sherut is very low, and each girl is left to her own resources to get her needs met and to defend herself within the system.Moreover, although lone bnot-sherut have the same basic rights as lone soldiers, the support and infrastructure built specifically for soldiers far exceeds that of programs provided for bnotsherut.Without the extra support that lone soldiers receive, it becomes infinitely more difficult as a bat-sherut to deal with problems during service that come up as a new immigrant to Israel.Despite the issues that I experienced and the frustration of having to fend for myself, my two years of service were incredibly fulfilling. The work one does in Sherut Leumi makes the struggle with the system worthwhile, but it would definitely be easier if bnot-sherut were offered more effective ways to access support and resources, similar the ones currently offered to lone soldiers. The Sherut Leumi system requires more focused attention to the needs of lone bnot-sherut. The solution is within reach and improvements to the system are easily achievable. These changes will create a simpler and smoother process for future bnot-sherut.The author is a former lone bat-sherut from Denver, Colorado. She is currently studying social work at Bar Ilan University.