The demise of the great retailers 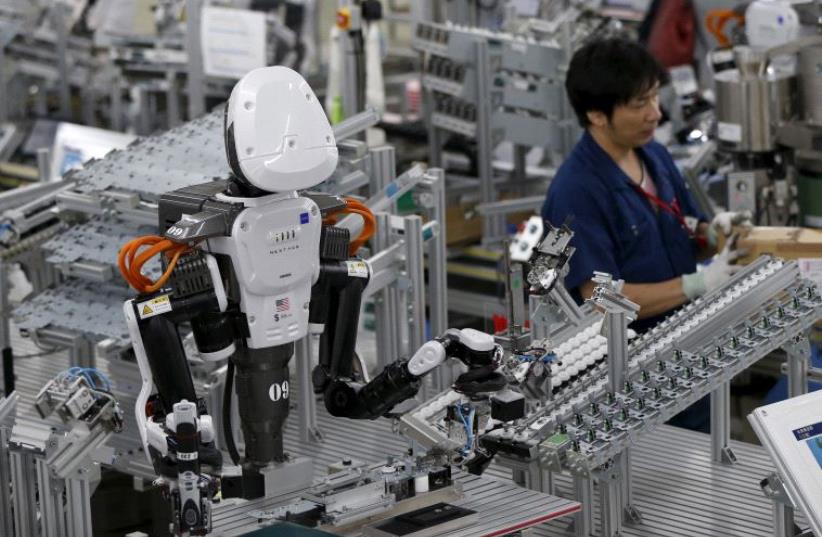 A humanoid robot works side by side with employees in the assembly line at a factor
(photo credit: REUTERS)
Advertisement
By The great retailers are dying. If the landslide of brick-and-mortar retail chain stores that are shutting down continues, by the end of this year, over 8,600 stores will have closed their doors. By comparison, in 2008, at the height of the Great Recession, only 6,150 stores shut down.The disappearance of retail stores will have a devastating effect on the malls where they are situated, as these stores bring business to the entire mall. In some cases, retailers such as Macy’s and Sears (which also owns Kmart) will shut their doors within the same mall, effectively causing the closure of the entire venue.People are still buying, but they are buying online. As more and more retailers lose their business to e-commerce, shops close and people lose their jobs. According to Labor Department figures, retailers slashed approximately 30,000 positions in March, about the same total as in February.This marks the worst two-month showing since 2009. The conclusion is that we are seeing the end of the days of brick-and-mortar retailers.Technology affects everyone.Machines are replacing people throughout the job market. Where will the two million professional drivers in the US work 10-15 years from now, when autonomous trucks and buses become safer to drive and cheaper to operate than vehicles driven by humans? What will call-center workers do when chatbots completely replace people in a few years? Waiters, cleaners, hotel service people, even doctors and lawyers, the advancement of technology will impact everyone.For some years now, there has been hype over the idea of Universal Basic Income (UBI). UBI means that every person receives a fixed and constant flow of money sufficient for remaining above the poverty line whether or not they are employed.The world over, primarily in Western Europe and Canada, experiments on the impact and feasibility of UBI are already underway. In fact, even bigwigs at Silicon Valley vocally support the idea. Elon Musk, for example, said, “It’s going to be necessary,” and Mark Zuckerberg stated, “We should explore ideas like universal basic income.”As I see it, giving people free money will devastate society and will turn many people into ticking bombs. Violence is already rampant and growing in our society. Leaving tens of millions of people idle and with no commitments is a recipe for disaster.The onset of the robotic era is a great opportunity for all of humanity, if we use it to our benefit. As machines will be taking our physical jobs, we will be free to develop what New York Times columnist Thomas Friedman called “a whole new set of jobs and industries around the heart, around connecting people to people.”That is, people will not be unemployed.They will be employed as innovators of a new society. Their job will be to foster a connected, caring and mutually responsible society. The job of the new employees will be to introduce new values into society, where people will crave recognition as contributors to society rather than as abusive capitalists.We are all envious beings. But when we envy people for their ability to promote society instead of their ability to promote themselves, we, too, become positive elements in society. In this way, all of society will shift from isolation to connection.The industries of the heart will “manufacture” social cohesion. People will not receive UBI, but salaries, just as they do in today’s job market.The only difference will be in the product they will be making.There is no end to what people can do if they want to benefit society.The more technology improves, the more people will be able to engage in pro-social occupations, and the more possibilities to promote society will open up.The conditions for creating the change are already in the making.Small and midsize shopping malls, which are usually based around communities, are closing all over the US.Instead of becoming festering crime zones, they can easily be transformed into centers for training in the new pro-social work.Every person who becomes unemployed should not receive unemployment benefits, but be enrolled into these trainings right away, and receive a salary just as in any other job. People who have been fired should receive benefits from the state contingent upon their participation in the pro-social trainings. At the end, or even during the training, they will launch their new careers as innovators of the new society.The technologies for nurturing pro-social attitudes in communities already exist. Round Table events and Connection Circles are two ways that I have elaborated on in my book Completing the Circle: An empirically proven method for finding peace and harmony in life. These technologies have been tried numerous times in the US, Western and Eastern Europe, and Israel, all with resounding success. When implemented correctly, they not only create warmth and sociability, but also promote the understanding that this is how society should maintain itself if we want to feel safe and happy in our neighborhoods.The advent of the jobless era mandates a shift in the social paradigm.However, thanks to online technologies, this transformation can be done at minimal cost. Moreover, the expenses that will be saved as people’s anti-social attitude is reversed will far outweigh the cost of the trainings, making them lucrative business for investors.When a community unites, violence, crime and substance abuse all drop, and mutual responsibility, mutual assistance and friendliness emerge. This frees tremendous amounts of resources that would otherwise be used on policing and welfare workers. Therefore, even from the most capitalistic viewpoint, pro-social attitudes in the community pay off.The sooner governments and state agencies implement these programs for the unemployed, the greater will be their profit, both socially and financially, and the greater will be the benefits to our entire society.The author is a professor of ontology, a PhD in philosophy and Kabbalah, an MSc in medical bio-cybernetics and a prolific author with millions of students worldwide.