The ethics of international surrogacy

Sometimes it takes a tragedy to draw public attention to otherwise unconsidered problems. 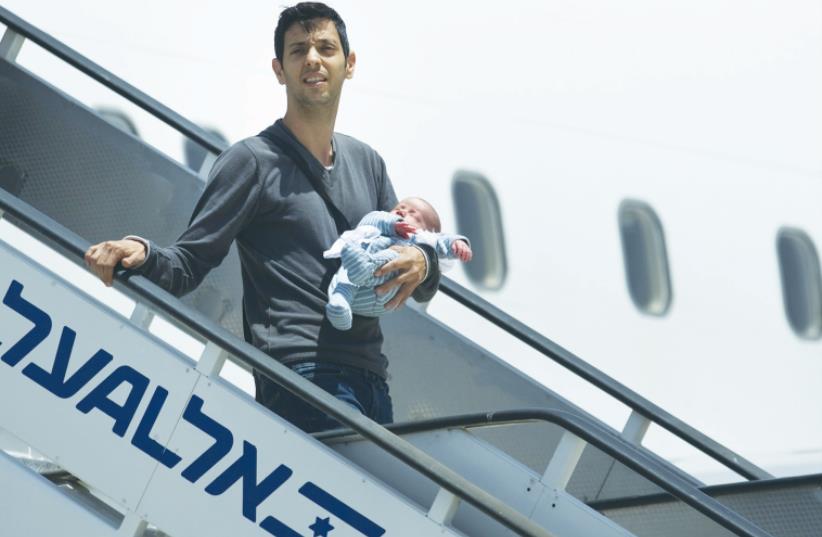 AN ISRAELI holds his surrogate-born baby as he disembarks yesterday from a plane at Ben-Gurion Airport after being evacuated from Nepal.
(photo credit: AMIR COHEN - REUTERS)
Advertisement
Sometimes it takes a tragedy to draw public attention to otherwise unconsidered problems.The recent earthquakes in Nepal, and their consequences for Israelis hiring surrogate mothers there, represent such an instance.Understandably, the initial public spotlight was focused on the evacuation of the babies, and in some cases the surrogate mothers, from Nepal. Most commentary on the issue took it as a given that surrogacy is a positive phenomenon for all parties involved, and that seeking surrogacy in Nepal is appropriate.We Israelis are pro-natalist. We see the creation of children as both a mitzvah and a blessing. The pain of infertility resonates deeply, on both an individual and a national level. Accordingly, Israel has removed economic barriers to IVF and has consistently been at the forefront of scientific developments in reproductive technologies.Surrogacy seems to fit well with this pro-natalist impulse. Unfortunately, though, there has been little discussion surrounding the ethical, social and legal implications of the practice, particularly when it comes to international surrogacy.
See the latest opinion pieces on our page
At the core of international surrogacy lie a number of ethical concerns. First, there is the problem of wealth disparity. The specter of a woman from a third world country, motivated by desperate economic circumstances to enter into a surrogacy agreement, is disturbing indeed, and raises serious questions. At what point does the monetary inducement become so great that the surrogate cannot be said to have given true voluntary consent? How can we ever know if the offer was merely an inducement, or if it was coercive in nature? Beyond the economic disparity, there is also the concern that, due to her unequal bargaining power, a surrogate in a developing country may not receive adequate contractual protections. If the surrogate and the prospective parents were truly on a “level playing field,” we would expect that the contract would provide the surrogate with her own legal representation, psychological counseling, medical examinations, and that the surrogate would be able to bargain for various other favorable terms. If these reasonable provisions are not in place, does this not leave the surrogate open to exploitation? The dramatic power imbalance between the parties raises red flags, which should give us pause.And what about the child’s interests? Although the child is at the heart of the “deal,” it is striking how little attention is usually paid to the child’s needs. What is the potential psychological, emotional and social impact of removing a child from the cultural lineage of one of the biological parents? Is the cultural disconnect that is thereby created a loss or harm to the child? Is it really in the best interest of the child to be taken at birth from his or her homeland, transported to a very different culture far away, and to be substantially, or perhaps totally, cut off from part of his or her biological and cultural heritage? It is true that this same phenomenon of cultural disconnect occurs in the context of international adoptions, yet as a society we seem to have concluded that the benefits to the child outweigh the possible negatives. However, we should not be too hasty in accepting the adoption analogy in the surrogacy context, given that there is a significant difference between the two practices: adoption is essentially child-centered, whereas surrogacy is essentially adult-centered.In other words, the goal of adoption is to protect the interests of a child whose biological parents are either unable or unwilling to fulfill their parenting roles. The goal of surrogacy, in contrast, is to create a child with the purpose of satisfying the desires of the adults. This is not to suggest that surrogacy is necessarily a less ethical practice than adoption (although some may make this claim), but it does mean that in surrogacy we need to be particularly vigilant in protecting the best interests of the child.We should also consider whether it is ethically justifiable to utilize a surrogate from a country such as Nepal in order to create a child, when there are already many babies and children available and waiting for adoption.Of course, one of the main reasons why surrogacy is so attractive to the prospective parents is that it allows the intended father to be genetically related to the child. This is understandable – most of us, if given the choice between adoption and having our “own” genetically related child, would choose the latter, and would turn to adoption only if circumstances made natural conception impossible or very problematic.But uncomfortable questions arise: if genetics is so important to the father, why do we assume that genetics is so unimportant to the surrogate mother that she would voluntarily give up the child she has conceived and carried? Even if the surrogate’s own egg is not used, the surrogate nevertheless makes a significant contribution, by gestating the baby for nine months and giving birth. Given the importance of the surrogate’s bonds to the baby, is it likely that the surrogate would have agreed to this transaction, were it not for the overwhelming lure of money? The deep-seated longing for a child of one’s “own,” and the pain suffered by individuals and couples who – for either biological or social reasons – face challenges in achieving this dream, is very real. At the same time, we must take care that in attempting to solve one problem we do not create another. International surrogacy in developing countries is fraught with risks of exploitation and coercion of women. Its long-term impact upon the child is unknown, and awaits serious research. But there can be little doubt that international surrogacy presents some potentially serious ethical concerns.We should be wary of offering our uncritical support.