The State of Israel simply cannot afford to postpone the appointment of a police commissioner indefinitely while the attorney-general conducts a drawn-out investigation. 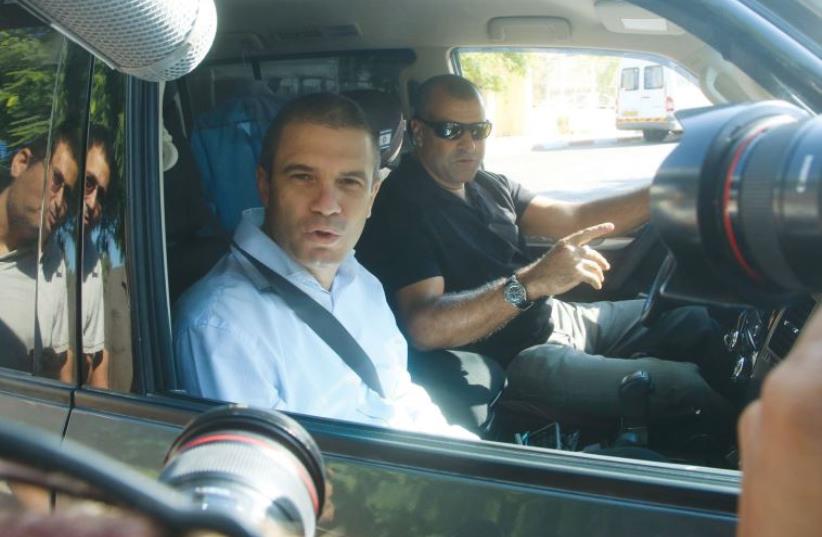 Former IDF Brig.-Gen. Gal Hirsch is seen leaving the Prime Minister’s Office on Tuesday.
(photo credit: MARC ISRAEL SELLEM/THE JERUSALEM POST)
Advertisement
Reacting to Public Security Minister Gilad Erdan’s decision Wednesday to drop the candidacy of IDF Brig.-Gen. (res.) Gal Hirsch for police commissioner, Prime Minister Benjamin Netanyahu criticized the vetting process for high-ranking civil servants.“Our appointments process is long and arduous and damaging, and undoubtedly deserves reexamination,” noted Netanyahu.The prime minister was referring to an investigation being carried out by the Attorney-General’s Office into Hirsch’s past. Of particular concern, from the point of view of Attorney-General Yehuda Weinstein, are allegations connected with Defensive Shield, a security firm headed by Hirsch that sold arms to Georgia.Hirsch has not been linked directly to the corruption probe. However, his company maintained contacts with former Georgian defense minister Davit Kezerashvili. Weinstein said that determining whether all dealings of Hirsch’s private company were above board would take months.As a result, Erdan decided to choose another candidate.In many ways, the Hirsch imbroglio is reminiscent of the 2011 Galant affair. Maj.-Gen. Yoav Galant was chosen by Netanyahu and then-defense minister Ehud Barak to replace then-chief of staff Lt.-Gen. Gabi Ashkenazi.Weinstein, however, essentially torpedoed the appointment after it surfaced that Galant had apparently taken control of state land around his homestead on Moshav Amikam without authorization.Though the Turkel Commission, the body supposedly empowered to vet senior civil servants and determine whether they are fit for their position, found that Galant’s misappropriation of state lands was not a disqualifying act and approved his appointment, Weinstein’s refusal to defend Galant’s appointment before the Supreme Court led Netanyahu and Barak to drop Galant.Similarly, it was Weinstein’s intervention in the vetting process of Hirsch that led to unreasonable delays and his effective disqualification.The State of Israel simply cannot afford to postpone the appointment of a police commissioner indefinitely while the attorney-general conducts a drawn-out investigation.As in the Galant affair, the Hirsch case reveals the tremendous power wielded by the attorney-general. In principle, the attorney-general’s mandate is to provide legal advice to the government and to represent its position in cases before the courts.In the wake of the “judicial revolution” initiated by former Supreme Court president Aharon Barak, however, the attorney-general’s role has radically changed. To expand the Supreme Court’s authority at the expense of the legislative and executive branches, Barak helped empower the attorney-general.The most striking example of this was the 1993 Pinhasi case. Two senior officials of the Shas party, interior minister Arye Deri and his deputy Rafael Pinhasi, were indicted on corruption charges. Prime minister Yitzhak Rabin did not wish to fire the two ministers. Nor did the law require him to do so, since they had been indicted but not convicted.Dorit Beinisch, then the state attorney and later to become president of the Supreme Court, however, not only refused to represent Rabin’s position before the Supreme Court, she argued against her client.In his decision, Barak defended Beinisch’s conduct even though as a result the government had been denied due process. The attorney-general was the “authorized interpreter of the law with regard to the executive branch” and was under no obligation to defend the policies of the prime minister. Barak was essentially arguing that elected officials are bound by the views of legal advisers ostensibly subordinate to them.When it came to Galant and Hirsch this meant that the men chosen by elected officials – Netanyahu and Barak in Galant’s case and Netanyahu and Erdan in Hirsch’s case – were prevented from appointing the candidates they thought were the best for the job because of the intervention of the attorney-general.Not only does this state of affairs render the Turkel Commission – ostensibly the body charged with vetting high-ranking civil appointments – superfluous, it undermines the entire democratic process.Elected officials should not be held captive by the personal inclinations and interminable deliberations of the legal bureaucracy. The role of the attorney-general is to represent the government, not second-guess its decisions.